We’ll start with a spinal zipper tattoo by House of Skin in Austria: 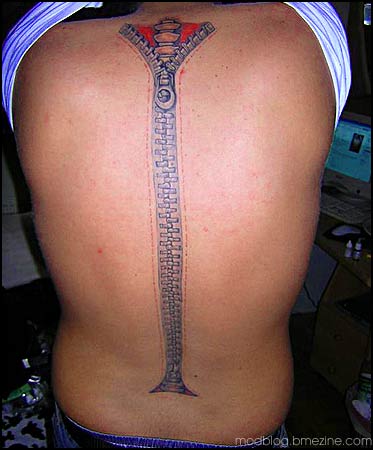 For those who are pop-culture-deprived, the tattoo below is Jerry (he’s a demon) from Aqua Teen Hunger Force, and it was done by Vicky Penna at Resonance Tattoo in Center Morciches, Long Island, NY. Probably a good example of a tattoo that 99% people will think is dumb because they don’t know what it is, and the remaining 1% will think it’s supercool. 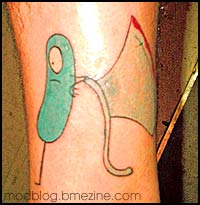 IAM:Sleepwalker described it to me as “elephants”, but all I can think about Abby’s tattoo (done by Mike Moses at Salvation Gallery in Richmond, VA) is Cthulhu! Ancient ones rule once more! 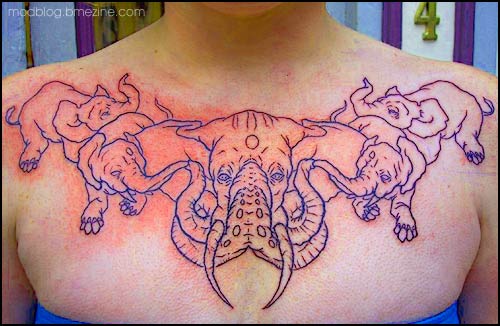 The explanation offered by Josh Anderson for these L and R hand tattoos?
“So I don’t get them confused.” 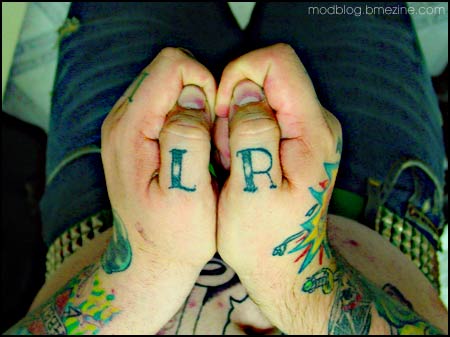 I feel so guilty saying this, but when I first saw this cherub tattoo out of Argentina, all I could think of was a nearly passed out drunkard crawling on the floor, groaning… a very uncherubic behavior! Maybe I’m the only one that sees that though, I don’t know. 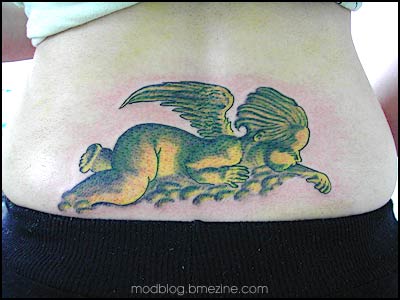 This tattoo on the other hand, I know it can handle its booze. Punk rock mermaid by Ian Duca at Laughing Buddha in Seattle. 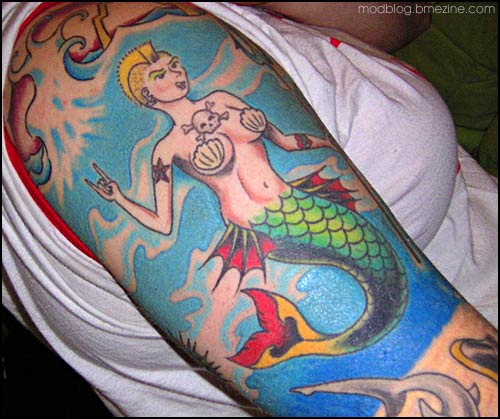 And this is just rude! 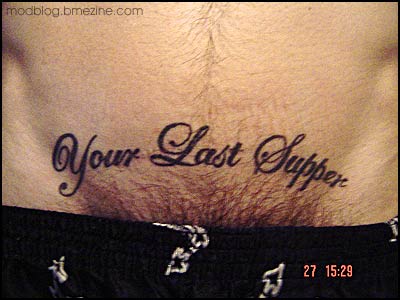 This tattoo isn’t rude, but because the average person isn’t fluent in Latin, I imagine it will generate its fair share of rudeness and jokes. For the academically challenged, this tattoo by Chris Jacobs of Fate Tattoo in Columbus, Ohio is a reference to Doctor Faustus. When he signs a pact with the devil, “Homo Fuge” (“O man, fly”) is burned into his arm. 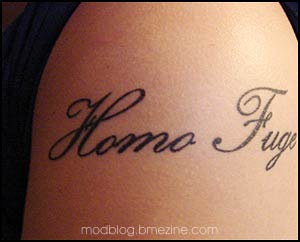 Speaking of academic tattoos, can we really leave out Dickens’ A Tale of Two Cities, required reading for thousands of high-school students every year? This example is by James at Adrenaline in Montreal: 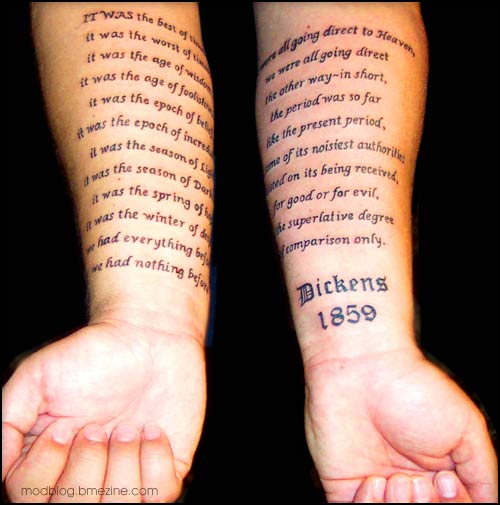 Moving back into the world of lowbrow art, don’t these two make such a cute couple? Photographed at the London Tattoo convention, this is Elaine Davidson, who on top of what you can see here has five hundred genital piercings (internal and external), with her companion checkerboard man Matt Gone after having his face tattooed under anesthesia.

Finally, this piece is by Brent at Velvet Ink in Morro Bay: 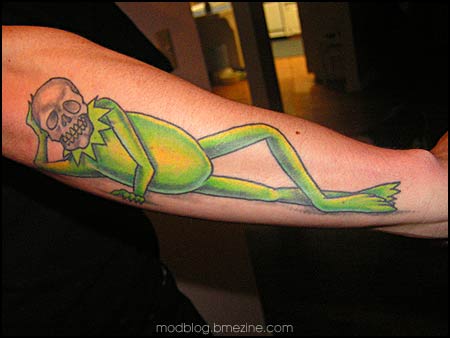