This is the trademarked logo for Belgian meat company. Driezzz got it done at Wildcat in Antwerp, and as may or may not surprise you, he’s a vegetarian. 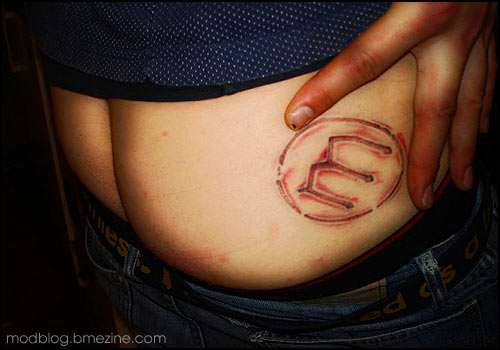 On these next tattoos I’ll restrain myself from commenting (would I meet the same fate as this LJ community if I did?), but folks, let me really emphasize that it’s worth your while to seek out a good tattoo artist. Look through portfolios. Don’t just go to the first place you find. Read tattoo magazines and websites and educate yourself as to what a good tattoo should look like… These days there’s no excuse for getting bad work.

Oh, and “I was too young to go to a real shop so I had scratcher Joe do it because he doesn’t care about the law” isn’t a valid excuse for a bad tattoo… While I personally think it’s OK for people who are underage to get tattooed, it really illustrates the counterpoint that they’re too immature when they compromise and get a terrible tattoo just so they don’t have to wait the six months until they turn 18.

Seriously, unless the laws change, you’re better off saving the money and getting a bigger tattoo from a world class artist when you hit 18 than spending $25 to get some hack to scar you with something that you’ll either cover up, remove, or regret a few years later.

Anyway, ’nuff preaching. For the remainder of this entry I’ll just show tattoos that I think are pretty nice. Like this Hello Kitty piece on Heather: 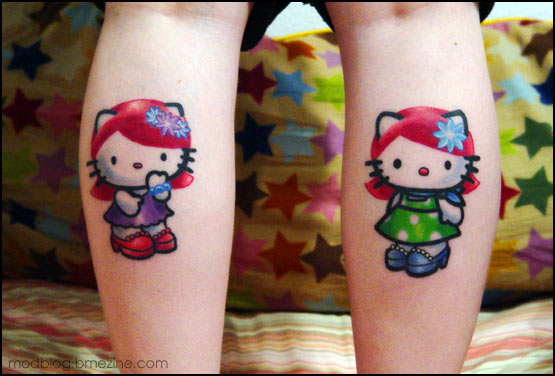 I also like this just started tattoo on Mr. Crumbs (who you may see the occasional post here in ModBlog soon as well). He’s got a lot of nice, creative work; you can check out his page for more… You may also be interested in the story of how he got his name. 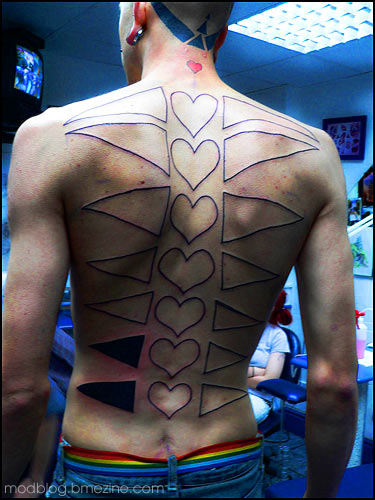 Speaking of beauty in nice simple designs, I also like Hypermike‘s paper dolls armband tattoo (his tattoos have been mentioned here in the past), done by a friend that’s apprenticing to become a tattoo artist. Being a fan of white ink tattoos, I’d love to see this executed in solid white with no outline, but I imagine that’s asking a bit much of someone who’s just learning! 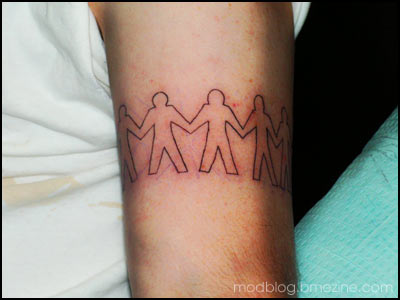 Let’s see… I like this tattoo by Ashley Love at Ink Well in Winston Salem, NC. The image is based on an illustration from a 19th century children’s book (back then I guess shooting birds was suitable entertainment for a young boy — these politically correct and sensitive days it forces a child into a life of counselling). 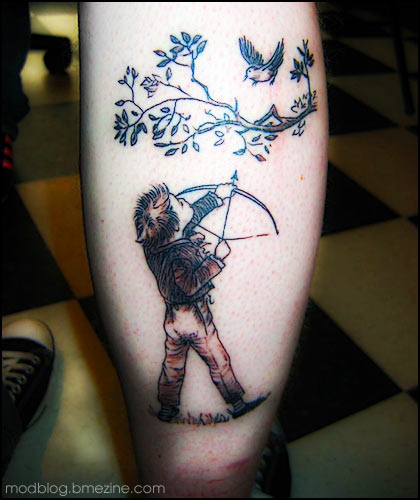 Since I’m kind of running a theme here of simple, sweet tattoos, I’ll also post this subtle Dutch wooden shoe tattoo c/o IAM:bleedlikeme (side note: visit her page if you’d like to talk about menstruation). 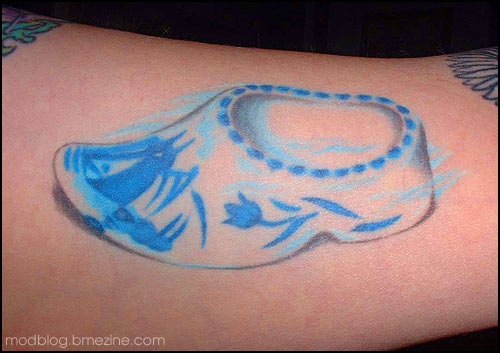 Finally, you can never go wrong with cherry blossoms if you want something pretty and simple. This example is by Phuc Tran out of Tsunami Tattoos in Portland, Maine. 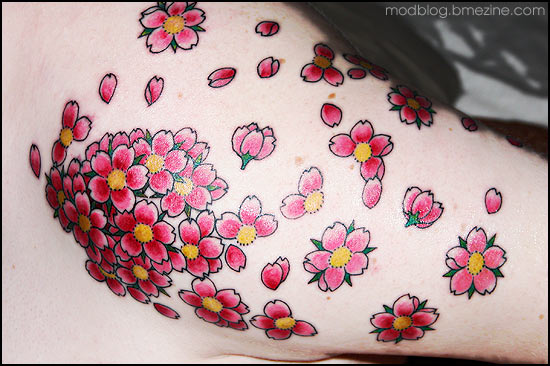 Anyway, I’ve got a bunch more travelling to do tomorrow, so Friday will probably be a no-post day.