It may come as a surprise that the tiny island paradise of Micronesia is one of the leading teen suicide capitals of the world. This isn’t because it’s a depressing place to live or because of unpleasant social pressures (as you’d see, for example, in some northern Canadian Native communities) — it’s simply because it’s cool. It’s not uncommon to see a teen suicide after a minor breakup or an argument with ones parents, and some kids have even died just because they “wanted to try suicide”.

It started with the popular son of a prominent family. He had two one month old babies by different mothers, neither of which knew about the other. The stress caught up to him and he hung himself — and the two mothers met each other at the funeral. This “cool” suicide opened the door of acceptability, and this one death grew into an epidemic of unnecessary hangings. 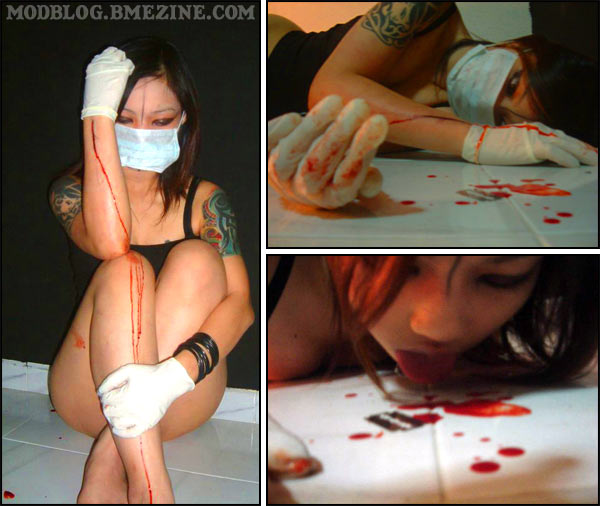 Anyway, self cutting is of course a million times healthier than suicide, but many people still consider it a bad idea. I tend to disagree and actually consider it a good thing, but that’s not the point of this entry. What I do notice is that cutting has absolutely broken through into cool territory, and a sort of cutting chic is developing. Pictures are shared and the poetry of the pictures is as important as the first-hand sensation — it’s a form of therapeutic interactive and communicative performance art for teens (and adults) who want to share an emotional message.

Thanks to my friend SilverSweets for the first pictures in this entry, and also to Skimask for this “Mang Cutta” tattoo by Craig at Central in Thunder Bay. 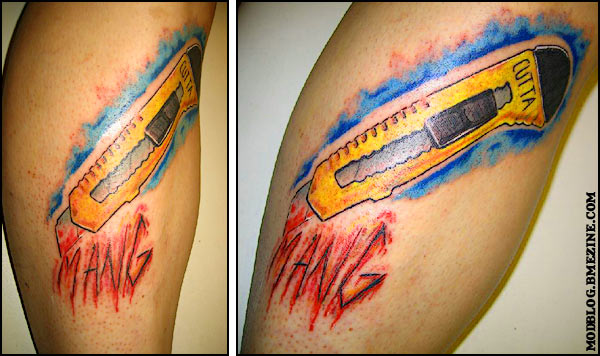 5 thoughts on “Teen angst has always been sexy”