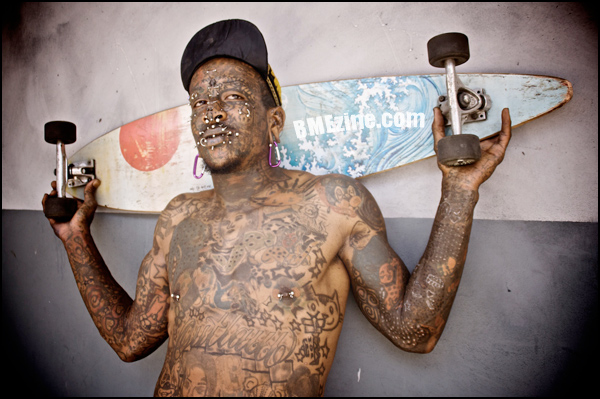 And finally, dear ModBloggers, let’s conclude our broadcast day with Marcus Boykin (a.k.a The Creature), an Encino-based body piercer and tattoo artist (at In The Pain Tattoo in Echo Park and Youruba Tattoos in East L.A.) and budding sideshow performer with the Venice Beach Freak Show, where he plays the role, fittingly, of “the tattooed man” under the name Dark Harmony Tattoo. Now, obviously, some of his work may be less than ideal compared to a lot of what we feature on here—we can’t really recommend the depth and placement of many of those piercings, for example—so…what’s the deal, then?

Well, imperfect as some of his body modifications may be, what you see here is almost entirely do-it-yourself—not only in terms of piercings, but Marcus estimates that at least 85-percent of his tattoo work was also done by himself. “The mirror was my best friend,” he says. When asked what the hardest parts to get to were, he responds with a litany: “My face, backs of my arms, chest, insides of my legs, neck, torso and sides, feet, head…pretty much everything. Even my eyelids and nose were super hard to do.” That…is not particularly surprising. He’s been piercing himself for eight years and tattooing himself for six, and, ostensibly, has no plans to stop. Body modification can be pleasant when it’s at its most pristine, but for some people, there’s a drive that goes beyond aesthetics, and that certainly seems to be the case here. Whether or not it appeals to you personally, the man has a vision, and he’s sticking to it. It’s pretty damn interesting at the very least. More after the jump. 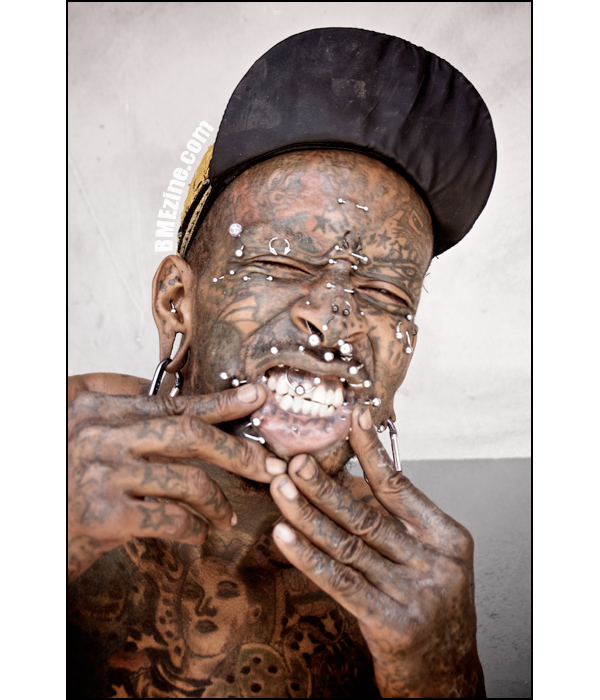 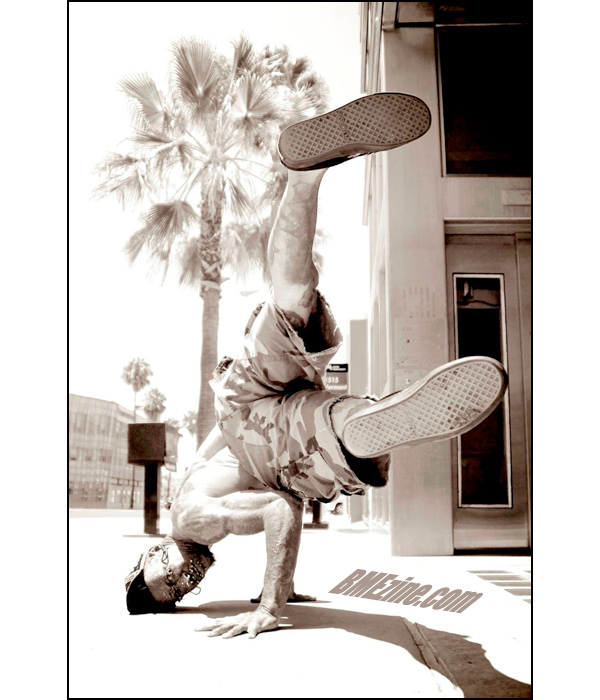 42 thoughts on “That Whooshing Sound”