I recently wrote about how the Saddle Ranch Chop House abuses their “Anti Gang Tattoo” Policy to keep out heavily tattooed “gang members” like myself and my tattooer friends but the real reason that we were at City Walk was to see the newly released movie Avatar.

Now anyone who knows me knows that I’m not a huge movie buff. Most of the time the biggest response you’ll get from me is “it was okay.” which generally means just that. When asked about Avatar, I said I liked it which means a lot coming from me. One of the things I liked was the integration of mods into the characters. It was so seemless and natural that is it wasn’t for the fact that some characters had stretched lobes and some didn’t, I would have assumed it was just the way they were “born”.

The movie’s male lead is a “jar head” and has stereotypical tribal tattoos.  I couldn’t find anything better so I’m using the images from the movie’s website. He’s got a tribal half sleeve on one arm which you can see a smidge of and a tribal armband on the other arm. 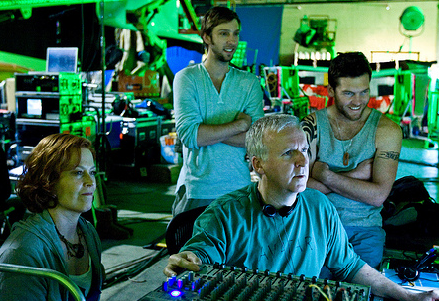 I’d be interested to know if these are Sam Worthington’s real tattoos or if they were fakes used for the movie. Google was about as helpful as ever in directing me to celebrity tattoo sites that had the typical Angelina Jolie tattoos and not much else.  This stuff isn’t as interesting, click through to see some more shots from the movie. 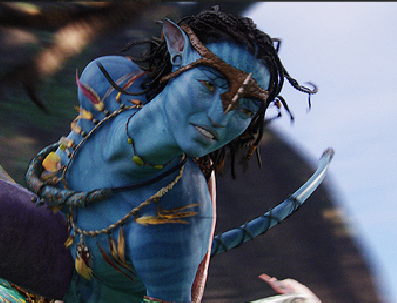 Nothing like scantily clad tiger/cat people to make your night more enjoyable. The female lead in the movie, Neytiri, has what look like 1/2″ stretched lobes, as did several of the other planets indigenous population. Coupled in with natural “stripes”, which remind me of Katzen, they flowed extremely well. I know it’s only a movie and these are just characters but that’s one beautiful looking cat lady. 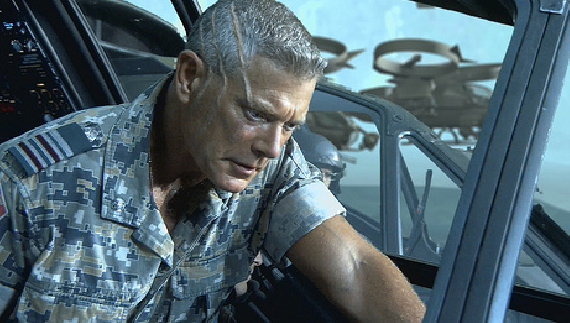 The last “modification” though not a consensual one, is a mod that we’ve featured here on Modblog many times. We’ve seen all sorts of facial scarification like this one done on bouncers, bounty hunters and other people who want to look like they’ve either been stabbed or attacked by bears. Either way, I think the makeup department did a great job on this one because it looked really realistic on screen.

All of that being said, I definitely would recommend the movie. We saw it in 3D but I think it would be exceptional without the added special effects.

If I had more time, I’d make an IMDB style database of all the mods in movies, just for fun.