But it’s cold here and it’s supposed to snow this weekend, so it seemed appropriate. 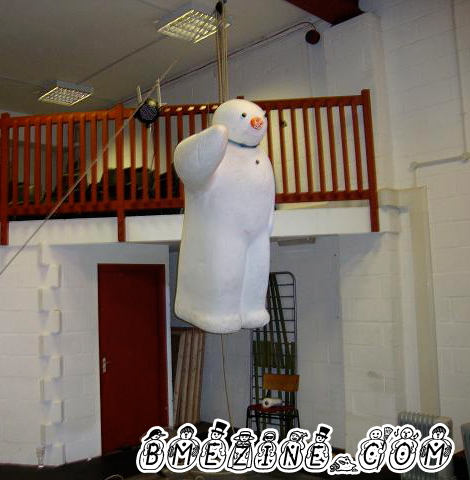 For a few shots that justify this as a modblog post and the story behind it…oh you know what’s coming……..are you ready? Here it is…..keep on keeping on. 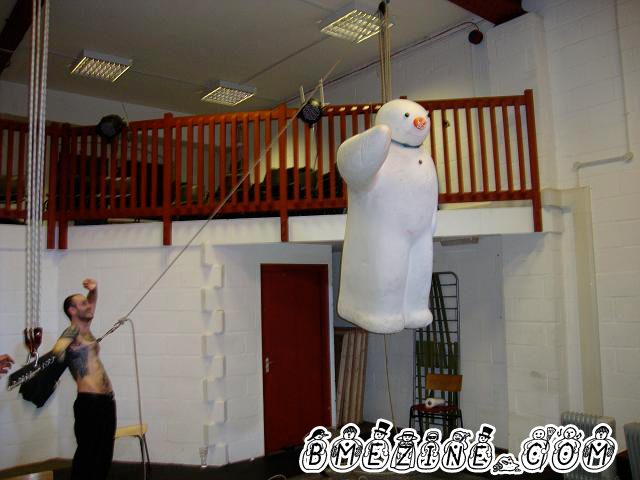 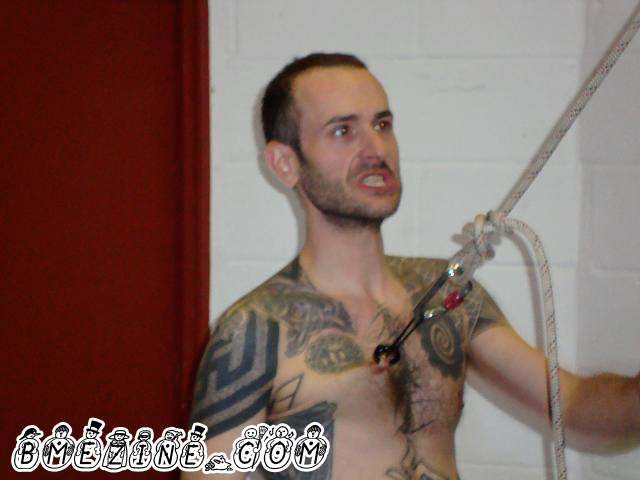 The pictures were taken by Rolf and the snowman was lifted by Mark’s nipple. Mark provided me with the following story surrounding this unusual “suspension”.

I am part of Constant Elevation, a suspension team here in London. During an event, at the end of the second day, there was no time for other suspensions, I would have want to suspend…but there was no time. The Snowman was around during the days, we found it in as a perk of the venue we were renting. The Snowman is actually polystyrene, but despite that is bloody heavy. I already hung different stuff from my nipples…Have a look at the new posts in my mod tracker (I have other pics of weird stuff hanging from my nipple). I just tied the snowman with and easy double knot and then rig it to a block and tackle (triple). I then use a piece of rope we use for suspension and connect it to my plastic nipple piercing.
The plastic nipple piercing is good because it has a fast release and in case everything it is too heavy it will break before tearing your nipple apart. Once I linked everything…everything was done. It was too heavy I have to say, the block and tackle helps.

12 thoughts on “This doesn’t belong on Modbog!”