When Didier Suarez (APP member and former staffer and owner of San Diego’s Enigma Professional Piercing Studio) titled this picture “Nipple removal – 21yr old nipple piercings”, I thought to myself that twenty-one was a little young to be cutting off your nipples — not that I haven’t seen it before — since you can’t have had the time to really have all that much fun with them yet. Then I realized that twenty-one didn’t refer to the age of the nipples, but to the age of the piercings!!!

Way back in 1991, Didier had Elayne Angel at The Gauntlet pierce his nipples, which he’s had ever since, for twenty-one years. Over time he stretched them up to 5/8″, but then after years of wearing smaller jewelry or none at all, he decided to make the transformation back to small nipples. Didier had a piercer friend cut them off for him — not a deep removal, just the piercings (although the jewelry was removed for the procedure) and enough flesh to sustain the jewelry, leaving a wonderfully grotesque artifact — and then a nurse/midwife friend sutured them for him. It was quite painful for the first night, but quite manageable after that. 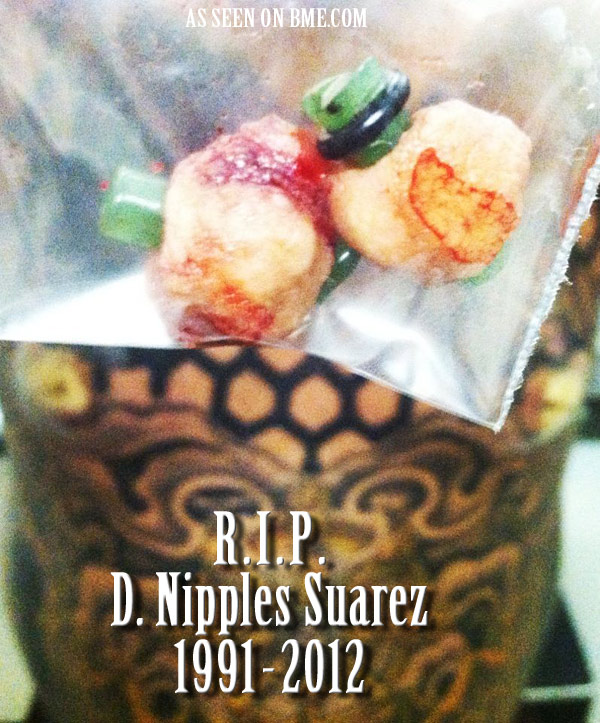 Here’s a close-up of the sutured result. 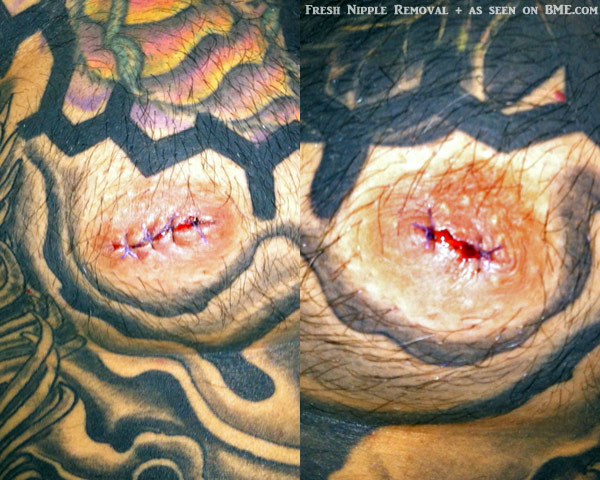 You know, I’ve often been told by genital modification aficionados that the end result of piercing, bisection, and other forms of genital body mod is nullification — amputation. That you live first a life of excess, then you become a sort of physical monk, and remove it all. I’m not quite sure if that is true, and I’ve certainly heard as many people horrified by the idea as espousing it, but I do keep seeing evidence that for notable percentage people it has some truth to it.