How do you write an article about an event so private, so secretive, that it’s guests were made to sign nondisclosure agreements? Easy. Just be one of the ones who didn’t sign. Over the last fourteen years, the ModCon events have been shrouded in mystery. Fight Club jokes aplenty- the first rule of Modcon is that you don’t talk about ModCon and so on.

But today, we’re going to do just that. In a continuing series of articles on my life in the modern Body Modification community I’ve decided to shed a little light on ModCon; where the idea first came from, the 1998 event that never happened and more.

Obviously there will be a lot left out for the sake of discretion (as well as keeping some of the mystery) but if you’re a geek for this sort of thing…  read on.

While it’s true that I first met Shannon Larratt in 1995 via Rec.Arts.Bodyart, I didn’t meet him in person until I picked him up at  Detroit Michigan GREYHOUND bus terminal in 1998.  We had planned to meet in Toronto but things didn’t work out. Thankfully fate was on our side, bringing Shannon to the states to purchase a kit car and to spend some time in a luxury hotel suite in Detroit talking about Body Modification all night.

(My video archive has an 8mm tape of our first meeting; getting an 8mm player to convert all of these memories to digital is on my to-do list for 2013)

Eventually, given our meeting place, the conversation turned to ‘hotel parties’- something relatively common at the time where extreme modification practitioners and clients would meet up at tattoo conventions and do underground surgery in their hotel rooms. I had been to quite a few thanks to my friendship with Jack Yount, but Shannon was thinking that it was time for something with a little more polish.

“What do you think about a Modification convention?”

He was sipping a Pepsi and eating Cadbury mini eggs when ModCon came into being. From there on out, we riffed. “What if” and “Wouldn’t it be cool”. I was to begin working on it as soon as I returned to Florida. Things moved pretty quickly after that. Shannon drew the now iconic ModCon logo. I arranged a VFW Hall (where underground S/M parties were often held) as our event location and a list of practitioners being created by Shannon and I. 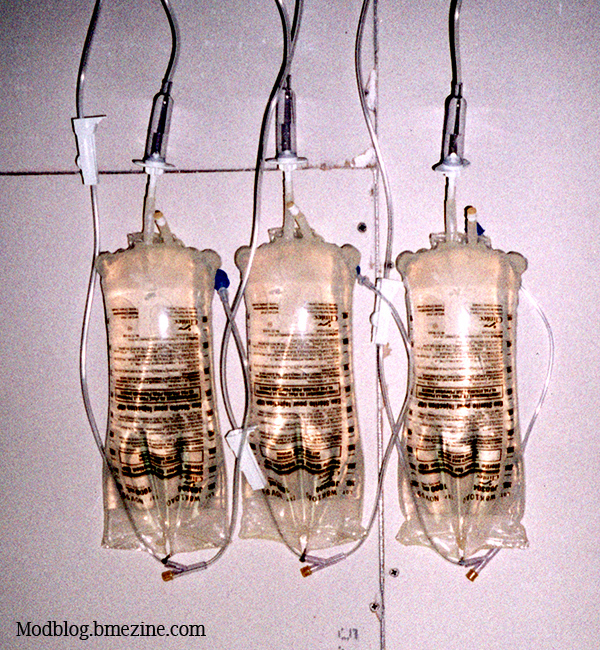 That’s when we hit a snag. I’ve mentioned that Shannon and I often butted heads; ModCon98 was one of those times. While we wanted to create a safe space for people interested in heavy/advanced/extreme surgical procedures, Shannon and I had a difference of opinion on how heavy we were willing to go. He had talked to a few folks interested in getting or doing castrations, and I felt that for legal liability we shouldn’t go quite that far on site. We tried for compromise but eventually it was a stalemate with neither of us budging. The event was going to be funded by Shannon/BME, but it was going to be organized and facilitated by me/SPC. If anything were to happen to one of our guests the liability (not to mention moral responsibility) would fall on me, and since I didn’t know any of the clients/cutters personally I drew a line.

With that, ModCon98 was over before it started. Plans changed from Florida to Toronto, from 1998 to 1999 to accomodate for castrations- a procedure for the sake of 100% full disclosure never happened at any of the five events. 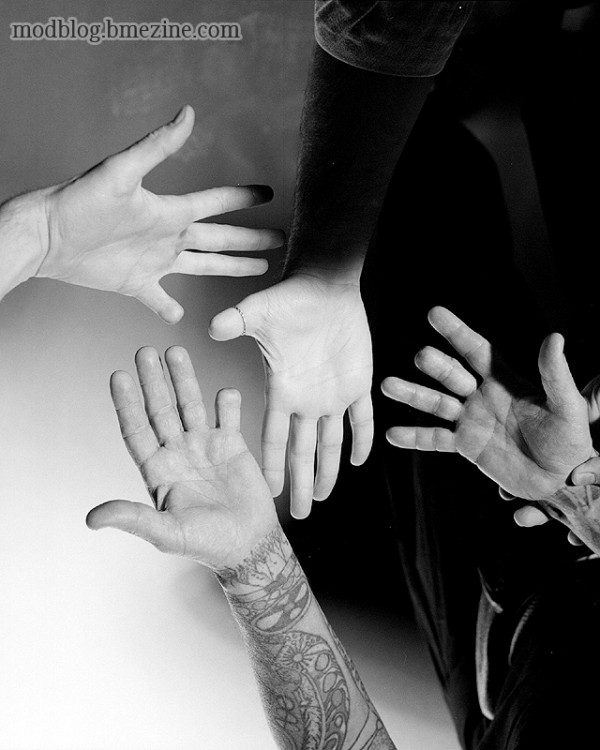 The event was scheduled for one day, but by the end of the first evening with so many folks in town Shannon gave me the go-ahead to tell people that if they wanted to come back the next day… we’d be there. Shannon had lofty goals of contracting Joel-Peter Witkin to document the event for free (and donate the prints back to him… I’m not sure he realized how much an original Witkin print went for) but luckily went instead with a young Toronto based photographer (and BME member) named Philip Barbosa. Phil became an integral part of the ModCon (and BME. And Scarwars) family, documenting the largest assembled group of heavily modified people in history. The photos from the first three events that Phil took are as iconic as the works of Gatewood, who himself turned the world on to ‘Modern Primitives’ through his friendship with Fakir Musafar and Jim Ward. Phil’s work is often overlooked in the history of Body Modification- people think that the photos just magically appeared in the books or perhaps that Shannon took them…. but Phil was there, camera in hand as well as helping organize the events with Shannon and I for all five. Without him… ModCon as you know it wouldn’t have existed.

Prior to flying up, Shannon hadn’t told me much about the location that we were going to hold the event. Had the 1998 event happened we had a nice modern VFW Hall with all of the amenities we’d need… but for MC1, the space was sketchy to say the least; a building that was being refurbished and was unoccupied save for the exposed walls and drywall dust. One thing that’s been a constant (Scarwars 3 anyone? Suscon?) in underground bodymod events is a lack of a good space and this one… good lord. But we made do, making history with the world first organized gathering of Advanced Body Modification fans.

It was like coming home. Despite the years that’ve passed I still have incredibly vivid memories of that first event; the comfort I felt being surrounded by people who understood me. There was Buddy (amputee) and ToeCutter (amputee) talking about the joy of stump sex while Spidergod5 (later The Lizardman) sat a few feet away talking about tattoos. There was the sweet old methodist Minister who looked like someone’s Grandpa but who had castrated men in numbers cresting triple digits talking to the youngish girl with the bald head and thick glasses.

The getting to know you phase led into people going into the ‘procedure’ rooms where the surgery began. The majority of the modifications done at the first event were genital mods, which was the intended goal of the event. Minimum entry to get in was ‘a split something’ or extensive piercings. Over the course of the subsequent four events the criteria changed; again something I disagreed with. But for the first event we found ourselves documenting extreme circumcisions, subincisions and transscrotals.

Strangely though, the most memorable incident at MC1 was Britney Spears and the fire trucks.

Turns out that our event space was across the street from the hotel hosting Britney on her first big Canadian tour. As we walked down our quiet alley getting ready for day one of ModCon, we noticed a few dozen news van parked in the lot across from us. There was word of an angry photographer, shunned by Shannon, who promised to be cruising Toronto looking for us- our first thought when we saw the media was that he had spilled the beans and here were the reporters who would be documenting our arrest. Thankfully they were they for Brit and not us, and as long as we kept a low profile, we’d be fine. 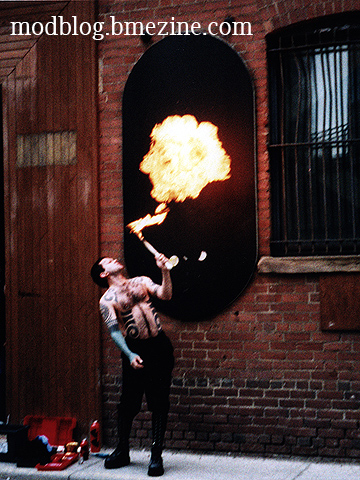 So when someone suggested that Erik (Spidergod5/Amago/The Lizardman) do a FIRE PLAY DEMO indoors… I’m really not sure why Shannon and I didn’t say no. Even when the fire alarm was tripped we still didn’t think it was that terrible an idea.. that is until we realized that some of our practitioners were in the middle of surgery; that we had two people attached to saline bags on IV stands. That we couldn’t shut the alarm off and that at some point… the fire department would arrive, forcing a room full of people trying to stay off the radar (and some not fully clothed) into the streets… across the lot from the international media. Not ones to learn from our mistakes, we encouraged Erik to do more fireplay outside of the venue while we tried desperately to get the fire alarm to turn off!

These are the kinds of things that happened at the ModCon events. I know I’ve managed to write over 1500 words (and counting) about a Body Modification event and not really touch on many of the procedures, but ultimately once the modifications healed (or were abandoned) the sense of community remained. We finally came out of the closet. Instead of covert meetings in hotel rooms we were all gathered together as a family. Eunuchs and amputees, genital modifications and forked tongues…. we had a home. We had something that was exclusively ours; an event you couldn’t even buy your way into.

While all of the ModCon events were amazing in their own way, that first one will always hold a special place in my heart. Event rules and traditions started here; the ’round table’ where we went around the room introducing ourselves, talking about our modifications and where we came from, setting up portraits to document the people who wear these procedures… everything that we eventually took for granted started right there in that room.

In future articles I’ll talk more about the other four events if there’s an interest- maybe even talk to Phil and Monte and the other diehards who attended all five. While my interests these days run a lot less extreme I’ll still always be proud of the influence ModCon had on the attendees as well as the people who only knew about us from the books (which I was staunchly against.. but again.. another article!) or digital media.