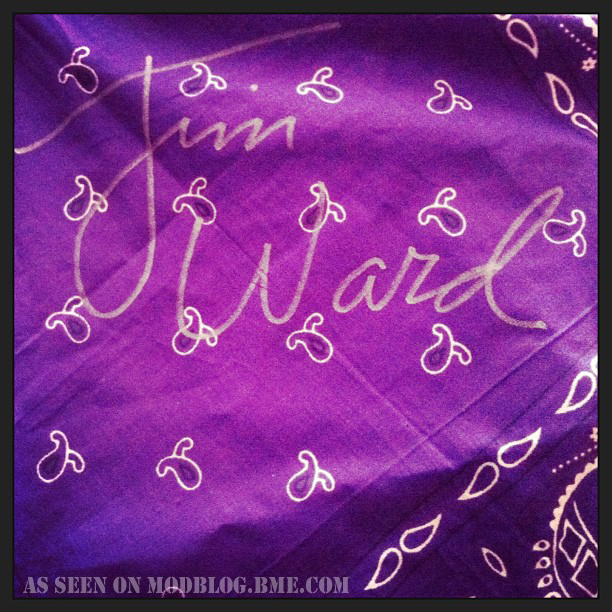 Psst. Would you folks like to have a lil peek into the history of modern body piercing?

Are you familiar with the Hanky Code?

According to Wikipedia, the Hanky code is:

When Body Piercing was first coming out of the closet in the United States it had a close connection to the BDSM/Leather Communities; it gained momentum alongside the sexual freedom movement and when Jim Ward- legendary piercer, owner of the Gauntlet and editor of PFIQ reasoned that piercing devotees should have their own color in the code, the answer was obvious:

I didn’t have to look too far for inspiration—purple, the color associated with Jupiter, the planet associated in astrology with prosperity and good fortune; purple, the color draping Catholic and Anglican churches during Holy Week when they commemorate the day their deity got pierced. It seemed ideal to me..

Jim sent a letter recommending purple to DRUMMER Magazine declaring that the hanky for piercing ought to be purple and through time and reinforcement it stuck (bad pun?). To this day the hanky code color for Body Piercing remains purple.

You can find out more about Jim Ward and the origins of western body piercing by picking up his indispensable book RUNNING THE GAUNTLET, which is available through the author himself. Running the Gauntlet Webstore Portal.