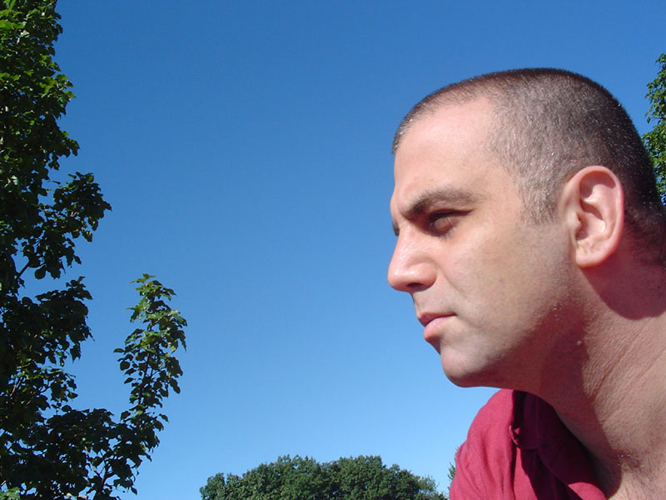 As I get older, nostalgia has become much more important to me. I didn’t get it as a kid; holidays with my parents and Uncles invariably led to annual recollections of since passed family and friends. By the time I was a teenager I could have told some of the stories verbatim; a collection of anecdotes about people who had passed away before I was born but who held a place in my Mother’s heart that was so special that stories were retold again and again for fear of losing them forever.

Eight years ago today Keith Alexander passed away. Out for a bicycle ride on the Shore Road Path in Brooklyn a child cyclist riding ahead of him swerved, causing Keith to swerve quickly to compensate, his front tire hitting a pothole in the path causing him to ride full-speed into the guard rail.. The accident cost him his life. In the years that have passed I’ve found myself telling stories about him; sometimes to mutual friends who’ve heard them a million times, sometimes to people who never had the pleasure of meeting him but who listen intently as I share the “this one time” stories of one of the most dynamic human beings I’ve ever known.

When Keith was around I was always aware that I had to try harder. Not to impress him really; he never made any bones about being proud of me when it was warranted, offering me advice when I asked and kicking me in the butt when I needed it. I’m infamously critical of modern body piercers because piercers like Keith spoiled me. So many practitioners in our community consider themselves Shamans but offer nothing more than the promise of a straight piercing or a sterile suspension. They talk about Rites of Passage, but they’re not self aware enough to realize that it’s not the modification that’s the Rite- it’s the paths we walk. Keith saw the bigger picture, realizing the incredibly personal role a modification practitioner can have in the lives of his clients.

When I posted a teaser of this article on my Facebook page the other day, a friend responded that she didn’t know who Keith was. So. Let me tell you about my friend Keith.

Keith Alexander was born in Brooklyn. Anyone who took the time to talk to him for more than a few minutes noticed that immediately; his accent and attitude gave it away instantly,  like a giant neon sign flashing BAY RIDGE over his head. He was a ball breaker of the highest magnitude and that carried through in every culture he was part of. Musician, Body Piercer and Scarification Artist and finally business man, Keith took no prisoners with his incredibly matter of fact personality, demanding that everyone he interacted with try harder. 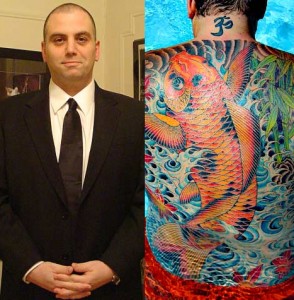 His father worked in finance and was a musician, showing young Keith the potential of duality; working on Wall street from 14-18 with his Dad and DJing at 2001 Odyssey (the Disco stronghold where Saturday Night Fever) was filmed, a member of Carnivore (Peter Steel’s pre Type 0 Negative band) and with Dee Snider’s SMF,  an early adapter to the potential of the Internet as a social networking tool, Keith never felt the need to make a choice between lifestyles. Piercing, music, branding or brand marketing… he saw the need to excel to be more important than which field that he was excelling in.

From an interview with Jordan Ginsberg on BME:

BME: Let’s talk transitions. You’ve, occupation wise, sort of been all over the place from veritable rock star to body artist and now you’re in the corporate world. So generally, how does your past affect you? The corporate world is not really known for being the most accepting of a more liberal lifestyle, and tends to be seen as more of a conservative kind of environment.

KA: You know, the word “corporate” is kind of used in too broad a sense. There are a lot of corporations out there; Modern American Bodyarts was a corporation, so you could say it’s less a matter of what the structure of the business is as far as a legal standpoint and more of what the mindset of the business is. So, I never worked for IBM — I interviewed for them and actually, I got a call-back but I had accepted a position before them. It’s really… you’re just talking about physical aspects?

Interested in piercing, Keith was a regular at the NYC Gauntlet, getting worked on himself as well as bringing in friends to get pierced by the staff that included Mark Seitchik and Dan Kopka. When people contact me asking how to get apprenticeships, this is the second or third thing I recommend; bring clients to your piercer. It shows them your enthusiasm, let’s them know that you’re smarter than trying to pierce your friends yourself, and most importantly makes them money.

Sensing a diamond in the rough, Mark and Dan asked to speak to Keith privately, offering him a year long apprenticeship at the NY location in 1992. On August 2nd 1994 (my twentieth birthday, for the sake of posterity) Jim Ward awarded Keith the title of “Senior Piercer.” 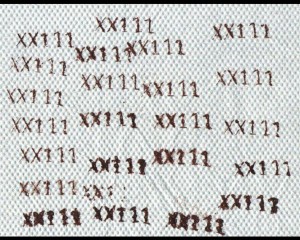 In April of 1996 Keith opened his own studio- Modern American Bodyarts- in the heart of Bay Ridge Brooklyn. I was only there once, but it was like walking into Keith’s unique personality. The walls were adorned with tribal masks and musical instruments (again, Keith bridging two worlds) and the whole studio had the lingering scent of Nag Champa; one of the most relaxed piercing shops I’ve ever been to. I visited in 1998, flown up to attend his ‘Night of 1000 Scars event. A mutual friend, Christine, picked me up at the airport and drove me to visit a very excited Keith at the shop. To welcome me, and to annoy his neighbors, he had placed around 1000 sticks of incense into the chain link fence, lighting them with the torch he used to heat up his branding implements and causing quite a stir with the other businesses on his block. As we pulled up he had the biggest grin on his face, a mix of happiness to finally meet in person and being content that he transformed Bay Ridge into an ad hoc temple as the incense slowly burned. I went on to get a cutting from him that week; XXIII on my wrist, as well as making lifelong friendships with some really remarkable people. When I see Larisa and Erik I always think back to that trip.

He was a vocal member of the R.A.B. community- Rec.Arts.Bodyart, a usenet group of modified people who mostly, as with most early internet communities, consisted of tech types, librarians and college students. Vocal is putting it politely. Keith was a shit starter, a ball breaker and infamously quick, clever and lethal with his words. Behind it all he was a softie, someone who truly loved every minute of his life. The arguments, shit talking… it was all part of who he was and if you “got it” and got him… there was nothing he wouldn’t do for you.

KA: But I’m still … I would say there’s almost always a lesson in my ball-breaking, that I’m doing some form of teaching in that. I know it sounds really weird to somebody who might be on the receiving end of it, but my motivations are almost always coming from a good place. -Bme interview

In time, he was piercing less frequently. He interned for Fox’s digital publishing department. He occasionally taught classes at New School University in New York City on Digital Project management and WWW Page design and site constructing. He continued to try harder, never content to do his best. When I invited him to attend the first Scarwars event he politely declined. “The things they’re doing, thats not for me”. He had hit a wall with body modification and knew that the time and place that he was part of was no more. The culture was shifting. We had plans, of course, to see each other once the madness that was Scarwars 1 was over.

That was the end of May, 2005. Shortly after I went to Mexico for BMEFest. Life did what life does, and plans constantly fell through. In July I received a phone call. Keith was dead. I had plans with my sister, who was also very close to Keith, to fly to California for Comic Con, but the timing was right to make it to NYC the day before the flight to be able to attend the service. It was one of those experiences in life that I can recall so vividly; being on the bus riding to New York City. Futzing with my suit because it was never quite perfect. Meeting up with Jon and Mishel and Josh and Allen, Kathleen and Jordan and just realizing that things would never be the same. Life would go on. Friends would come and go and our worlds would be filled with amazing people- but no one like Keith.

I said goodbye to my friend that day. I placed my hand on his chest and told him, wherever he was (because the shell that I was touching was no longer Keith) that I love him.

Keith Alexander was a lot of things to a lot of people. A life so large that I’m embarrassed that I tried to condense it all into 1755 words. He was one of the most authentic and genuine people I’ve ever had the pleasure to call a friend. If you would like to find out more about him, check out the following links:

If you weren’t around when Shannon did the old BMERadio Programs… check out the amazing interview he did with Keith here: BMERadio- Keith Alexander. Hearing his voice- and Shannon’s… It’s very surreal but listening to it will give you a better understanding of his passion, his humor and why I’ll never forget him.