You may have seen a number of articles circulating about the state of Arkansas and a movement to ban certain body modifications. The simple fact is, what went down in Arkansas was a step towards bettering the modification industry. Thankfully we have a great ambassador Misty Forsberg to thank for it. 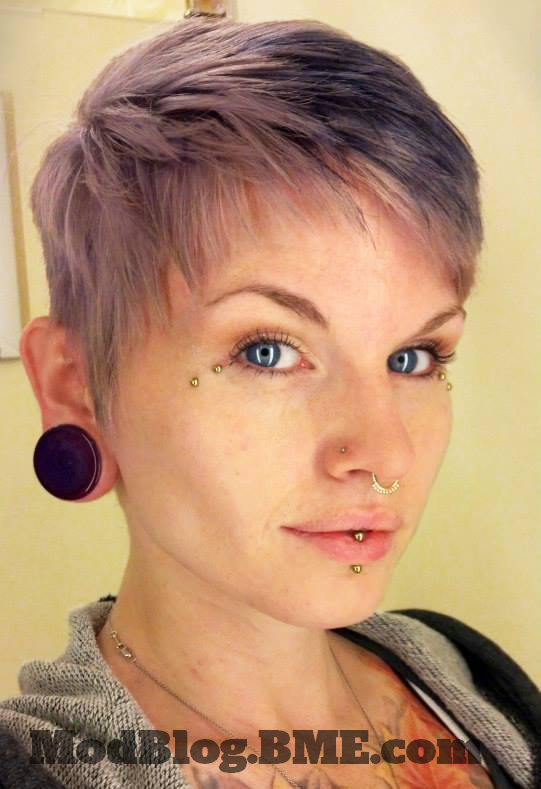 Misty is a professional piercer and scarification artist at Southtown Tattoo & Body Piercing in Fort Smith, Arkansas. However her contributions to the body modification community don’t even come close to ending there. Misty has been battling hard through the proper channels for better body art industry regulation. I was able to do a brief interview with Misty and talk about her experiences.

I’d like to thank you for taking the time out to do this interview, I know you’ve been traveling quite a bit and had your hands pretty well full! I’d like to hop right in and ask you about the most recent and initially turbulent legislation push in Arkansas. Where many articles we’re quick to say the state was trying to ban procedures what we’re you really trying to achieve?

Well there were two bills introduced. It was one of the most confusing issues for most people looking at what was happening in Arkansas. SB387 and SB388 were sponsored by Senator Irvin a the same time, but were two very different items. The bill involving banning any body art practices was unrelated to the bill we were working on. Our bill was aimed at increasing the standards in our state for body art, especially in the area of body piercing, which previously had no laws governing it. The bill involving banning what the state deemed as ‘extreme’ body modification came after we had written our draft and worked to get the Senator to carry it for us.

How did you start the process of fighting for legislation changes? I might imagine that a visibly modified person may have a tough initial ice breaking period when it comes to state lawmakers.

We actually got lucky, they came to us. The Arkansas Department of Health held a private meeting with a small group of artists from around the state to ask for help with updating the legislation regarding body art. Most of that group fell away when there was work to do, and the two of us that were left moved forward. As we began to talk with Steve Joyner about how to proceed, a group led by Joe Phillips formed called the Arkansas Body Modification Association. Dustin Jackson and I joined, and worked with their group to push forward with the legislative changes we felt were necessary to keep body art safe in our state. A lot of people really underestimate what having an organized group does for you when you are working with state agencies and representatives. Having a collective voice that can represent the industry, rather than 20 voices all pulling in different directions, gets attention and gets your issues taken seriously.

When it came to working with the state representatives and how we look, we actually discussed it to make sure we were all on the same page before meetings. I feel like it is unrealistic to expect to be treated like a professional in any field if you can’t present yourself as such. Yes, I kept all of my piercings in and some of my tattoos were visible, but I also knew that as an adult it is about compromise. My orange and yellow hair was dyed brown and trimmed, I bought a few suits, slapped on my heels, and went in looking and speaking like a professional. There wasn’t a single meeting that we came in looking like we weren’t there for business.

As much as it would be nice to believe you should get treated fairly no matter what, it just isn’t the way it works. You have a matter of minutes (literally 2 minutes one of the meetings) to not only present yourself, but to convince a room full of people that you know what you are talking about and that they want to listen to you. As much as it might not be fair, how you look is a huge part of that.

By redefining “body art” in Arkansas legislation you actually we’re successful in keeping scarification work legal and regulated. Do you feel like this victory was watered down by the plethora of bad publicity?

Adding scarification to the definition of body art was a huge victory, and I don’t feel like people misreading what happened tainted that. The bill was amended last minute, and so on paper people saw that it ‘passed’, but didn’t realize that changes had been made.

It is a very scary door to open, and we are still trying to write the rules and regulations that will license and govern scarification artists in my state. It is two sided. It brings light onto scarification which can potentially make other states consider regulation (possibly in a negative way), but it could also set an example for other states to follow which keeps artists like myself safe. I can continue to openly work in a studio without fear of it becoming illegal or the studio suffering because of my work in a ‘grey area’. Our state has taken a stance and decided that scarification is a form of body art, and we have a right to do it. I am proud of that regardless of incorrect internet buzz.

The quote from Republican state senator Missy Irvin “Body artists are my people.” feels almost like a shot heard round the world to me. Do you feel that now more than ever it is important for artists to have good rapport with their state officials?

YES. I can’t say that enough. Get to know who is regulating you, keep in touch, and let them know that you want to be involved. Missy Irvin and I did not see eye to eye, we did not have anything in common, and we would probably disagree with a number of each others political standpoints. At the end of the day, we learned to work together, we found a compromise, and we shook hands like adults and walked away with a mutual respect for each other.

We have to understand that a lot of the problem is a lack of education. These representatives don’t know our industry because they are outside of it, and hating them and lashing out does nothing but reinforce the stereotype they might hold of who we are. If you don’t like their stance and you want to see a change, shake their hand, present yourself in a manner that gives them a reason to listen to what you have to say, and educate them.

You have openly shared your scarification portfolio to the state, something that a lot of folks may be pretty wary of. Were you afraid of any repercussions from being so open?

The body art industry as a whole is very small in my state. We have two representatives at the health department, and they know all of us by name if that gives you an idea of what I mean by small. When I first started doing scarification in my former studio I had two options; hide it and lose the trust of my state representatives when someone told on me or openly offer a service that was not illegal and be proactive in educating them on what I was doing. So they have known for quite a while that I offered scarification.

When the state began looking at restricting what they deemed as ‘extreme’ procedures, they asked Steve, Dustin, and I to attend a meeting to discuss a number of forms of body art including body suspension, subdermal and transdermal implants, scarification, anchors, and tongue splitting. With them already being aware that I was a scarification artist, I felt that showing clean photos where healed results could be seen and explained was a much better option than leaving it to whatever google might pull up for them. It was still intimidating though. 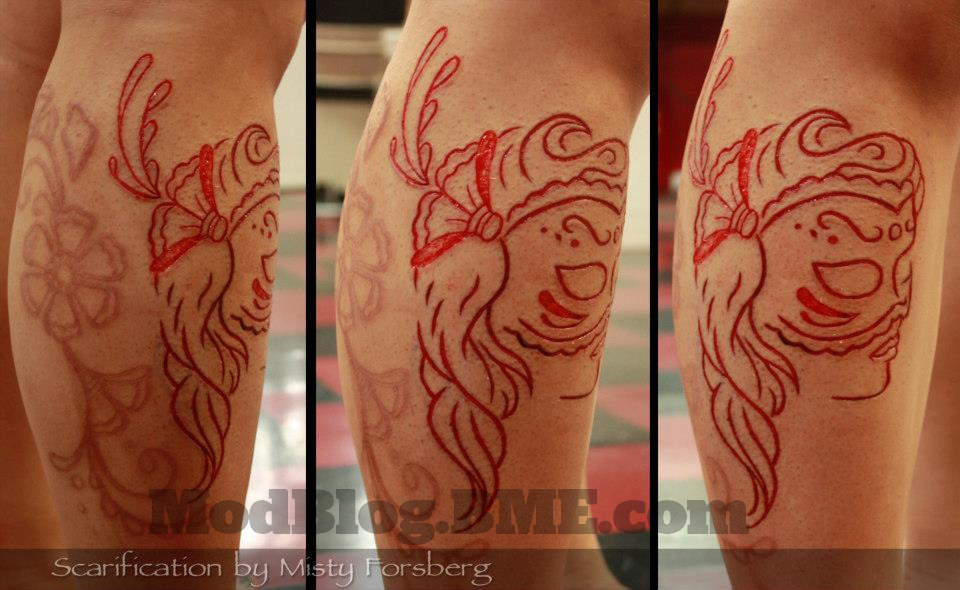 With lines that clean who could be mad?

7 thoughts on “Fighting The Good Fight”