Poor Rachel has been working so diligently on the new BMEzine.com site she hasn’t had any spare moments to dig through pictures submitted from her beloved Brazilians.  So on her behalf, I present to you some more gorgeous pictures from our South American friends.

These pictures are from T. Angel’s performance “Narcissus”. This was his second Kavadi experience, if your fluent in Portugese you can read about his first one here.  Also, if your in Brazil and want to catch a live viewing of the Narcissus video it is playing next month at Body Pleasures. 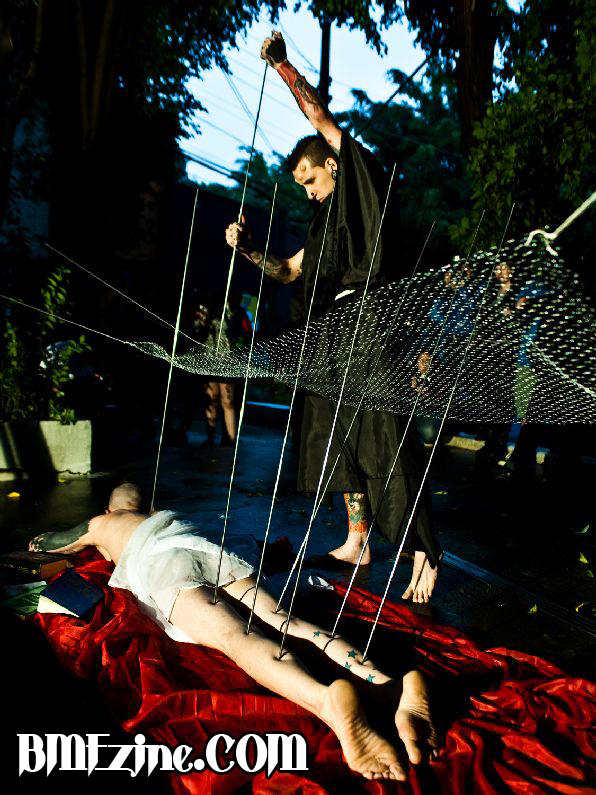 For one more pic from this performance and his personal thank you list, keep on keeping on.

END_OF_DOCUMENT_TOKEN_TO_BE_REPLACED

Dan sent over these amazing photos a couple of days ago so I asked him for more information on them. This is what he had to say..

“My grandparents lived around the far east during and after WWII and my father used to visit them. He took these in Malaysia in the 1950′s as a young boy, during the festival he had a very strange run in with a Sadhu who told him a one-legged god watched over him, it kind of weirded him out as his grandfather (who helped raise him) lost his leg in WWI. He’s very straight-laced these days and doesn’t have much time for the whole body modification thing, although as a young boy he was fascinated!

Recently I’ve found more photos of the festival, and my grandmother has informed me that she used to go to as many religious festivals as possible because she loved them, also, that she has loads more photos of Thaipusam, plus others in Thailand and Sri Lanka..”

His grandfather was right (well, as a young boy he was anyway), it is fascinating! Another photo after the break, and hopefully Dan will get busy scanning some more photos for me soon.. Hint hint.

END_OF_DOCUMENT_TOKEN_TO_BE_REPLACED

This beautifully peaceful Kavadi scene was captured by Vin at the 2008 Thaipusam festival, it makes me ache a little because apart from a few Aboriginal festivals I was taken to as a child, there’s a lot of things I’ve yet to experience..

This story of performing at the Encuentro Arte Corporal festival submitted by my friend Ego Kornus (visit his blog for more info on Kavadi rituals). It was originally posted in 2007 on BodyTwo.com and I am reposting it here now — continue reading for the article if you haven’t already read it. Thanks again for his support and wonderful stories. – Shannon

END_OF_DOCUMENT_TOKEN_TO_BE_REPLACED

Ego Kornus, who runs Kavadi Blog, just did this amazing interview with Carl Vadivella Belle about his many experiences carrying Kavadi. Click through for the interview.

I refuse to make any fruity jokes, there’s a time and a place..

You’ll understand what I mean after you’ve watched this beautiful clip of Alexandre performing a Kavadi bearing in Brazil.

Get the latest Flash Player to see this player.

[Editor's note: we've added a kavadi category to ModBlog and of course there are also the kavadi photo galleries and kavadi stories, which include the story of this kavadi bearing, on BME] 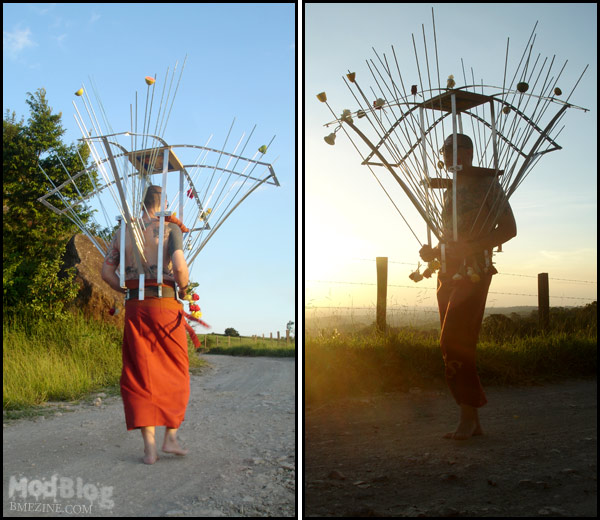 Since I posted the 47-spear prone kavadi, I’d like to also share Dust‘s first kavadi, a seated kavadi, by Chandler and Flo at Villa Vendex in Maastricht. 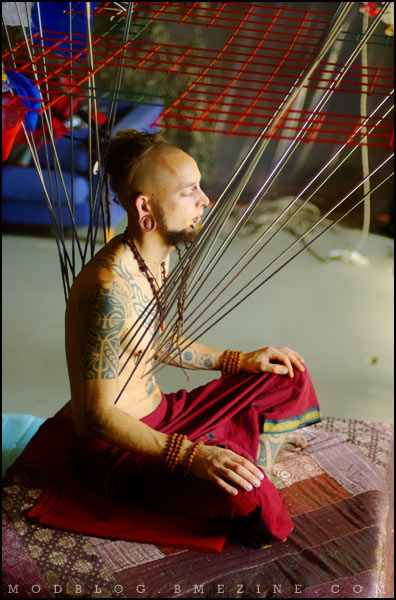 Thank you so much to Helasdottir for sharing this beautiful horizontal kavadi variation. The forty-seven steel spears have autoclavable screw on tips, and you can click here to see the rigging. She described the experience as both serene and intense — which I think is about ideal. 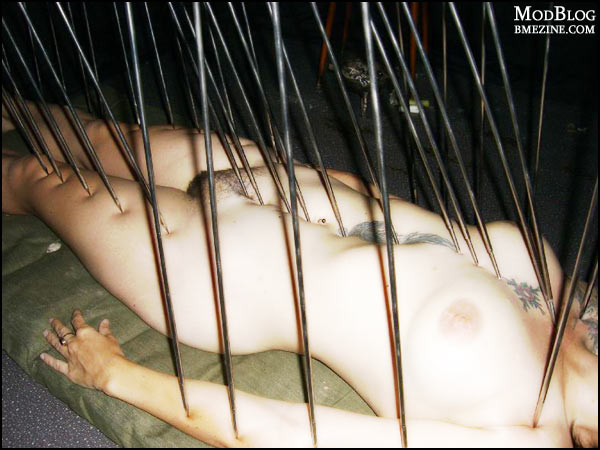