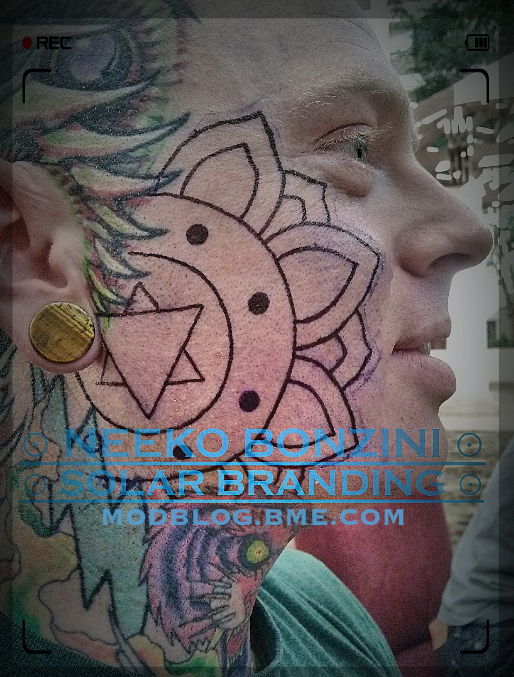 I first met Neeko at a ModCon event- my memory fails me so it could have been MC2 or MC3. He was a kid then (hell; so was I) and was full of wide eyed wonder at the goings on at the world’s only surgical modification convention.

Our paths crossed again a few years later at a suspension event in Vermont called Burning Swing and over the years we’ve said our hellos and on occasion, talked modification. Lately he’s been doing a very unique style of branding called SOLAR BRANDING; focusing the sun’s rays through a crystal ball to brand the skin. My memory is hazy, so there’s a chance that we’ve covered Neeko’s Solar Brands before, but there’s no time like the present to show new readers (and old readers who’s memory is as hazy as mine) the possibility of this technique.