The more restrictions and prohibitions in the world, the poorer people get.

As I write this, Todd Bertrang and his parter Robyn sit in prison for allegedly conspiring to perform female circumcisions on minors. The procedure they were offering is encouraged by the medical community, and, with slight (gender) variation, is even legal for non-doctors to perform. Not only that, but there never actually even were any minors — the whole thing was a cleverly concocted fantasy designed to entrap Bertrang. No matter what your opinion of Todd (he’s never masked his sexual overtones), this arrest is troubling on two levels — first, because it involves a deeply hypocritical law, and second, because it involves a questionable sting on a body modification artist.

To be clear let’s put the procedure in question into context: female circumcision. FGM. Female genital mutilation. It sounds terrible, doesn’t it — but it’s a loaded term chosen by activists (male circumcision is known as MGM, or “male genital mutilation”). The procedure we’re talking about isn’t an infibulation or a clitorectomy — it’s a circumcision (“to cut around”). The purpose of the procedure is to reshape the labia into a more pleasing form and to reduce or split the hood in order to make the clitoris more exposed. The procedure is designed to be a positive and enhancing one, not something oppressive or abusive. 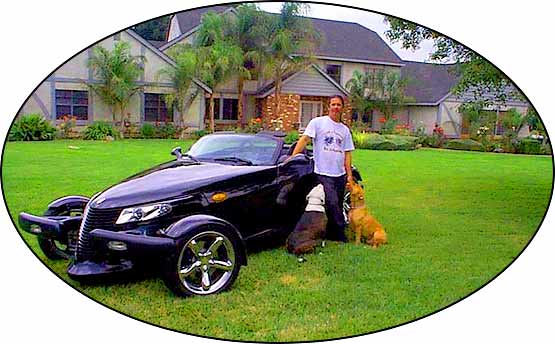 Proponents of female circumcision in the West (it’s a popular elective surgery) will tell you that it enhances the appearance of the genitals, as well as making sex more physically pleasurable. Proponents in Africa and the Middle East will tell you that, on top of its cultural and religious importance, it maintains cleanliness, prevents disease and cancers, keeps a couple together by making the man able to sexually satisfy the woman, and otherwise protects the woman who receives it. Some regions even have circumcision methods designed to make intercourse more physically pleasurable — in countries that it’s done in, it’s the women who have had the procedure that are usually the strongest proponents of continuing the practice.

Now don’t get me wrong — in spite of all these wonderful things about it, I believe it’s fundamentally wrong to force this on a child who can’t decide for themselves, let alone to allow an unqualified practitioner to do it. But we have to take an objective look at this in light of procedures that we do allow.

While most Western countries have phased out the procedure as barbaric, and the AMA has decried it as pointless and dangerous mutilation, in America, the genitals of young boys are still routinely partially amputated. The foreskin, one of the most nerve-heavy parts of the male genitals (and containing glands essential to genital health), is cut off, usually without anesthesia. Significant complications arise annually and numerous men permanently lose sexual function from this procedure. While it is most commonly done by a doctor, non-medical practitioners are also permitted to perform the procedure in private home ceremonies. No health benefits have ever been conclusively shown for this procedure, and the original justification for performing it was to reduce masturbation by “associating pain with the penis”.

So, with boys, we allow non-medical practitioners to cut off part of their genitals for dubious reasons, but with women we don’t. The fact is that we can’t have it both ways. Either make male genital mutilation illegal, or allow it for both genders.

Underground cutters tend to be motivated by two factors. First, they usually enjoy doing the procedures they offer. Second, they care about the people they are working on and perceive themselves as helping — by offering a procedure that’s not available in the mainstream, they fulfill an important need and improve someone’s life (and thus they feel a need to come to the aid of someone in distress). The authorities understand that and in their stings play to the desires and ethics of their victim, dangling the perfect carrot in front of their noses.

It’s no secret from his actions in online chat rooms that Todd wants to believe that there are cultures that accept his views on female genital enhancement procedures. Additionally, talking to him it’s clear not only that he’s “getting off” on doing the procedures, but that he cares about his clients. The FBI appears to have presented Todd with a fabricated situation that seemed to good to be true — the opportunity to help a pro-circumcision family (ie. a culture that accepted his belief structure), and to improve two young girls’ lives.

Maybe you’re saying, “Shannon, are you insane? He was a pervert who was hoping to get off cutting up young girl’s genitals!”

That may or may not be true, but the fact is that those girls never actually existed and Todd never sought them out — the FBI presented them to him along with a tailored backstory to make it appear to Todd like he was doing the right thing by allegedly agreeing to perform the operation. Given that it was happening on minors with the full consent of the “parents”, and with the presented goal of helping the minors, can you really say it was even illegal? (Remember, we allow parents to send their children to absolutely brutal, sometimes fatal “Boot Camps”). In Todd’s eyes, and in the eyes of millions of people around the world, this procedure is positive and normal (which would make the government the oppressor, and Todd an agent of freedom). The FBI basically tricked him into allowing his beliefs and ethics to get the better of him.

I’m not trying to defend Todd with this article — if the allegations are true and he offered to work on minors like this, in my opinion he went too far. However, I do feel that it’s fundamentally wrong to charge someone for a crime that only exists as a police fabrication, and I believe it’s even more wrong to charge someone with laws that are by their very nature racist and sexist. These are unjust laws being applied with a heavy hand. Maybe Todd hit on you in a chat room and you’re glad to see him finally go down — but are you really comfortable having it happen like this?

Most body modification happens in a grey area. It’s usually not entirely legal, but it’s also usually not entirely illegal either, depending on how you look at it. Because of this, it’s very easy for almost any body artist to be arrested at any time, based on the whims of local or federal prosecutors. Body modification procedures are safer than everyday activities like driving a car, occur almost exclusively between consenting adults, and usually involve procedures not being medically offered (making underground the only option). To be clear, the laws are fundamentally unjust. Until we either start banning everything, or these procedures start getting medically offered, it is wrong to deny these grass-roots solutions.

The other reason body artists should be wary is if the FBI is setting up stings that seem “too good to be true”, you never know who could be next or how. Most body artists are pretty honest easy-to-read people — it’s very easy to figure out what makes them tick. We’ve accepted as a culture that it is wrong for our authorities to engage in entrapment (entrapment being when the police fabricate an illegal act, encourage the mark to take part in it, and then charge them for it), yet we’ve just watched Todd Bertrang fall victim to it. Because of the seemingly heinous nature of the charges (mutilating the genitals of young girls), most people don’t even consider the fact that this isn’t justice — just like we’re instinctively ready to act outside or beyond the law when it comes to dealing with child molesters and sex criminals.

So objectively, what we have here is an arrest of questionable legality for a fabricated crime, which is only a crime under laws which are hypocritical at best. Ask yourselves — are you willing to allow it to happen just because you don’t like Todd? Then ask yourselves a second question — will it happen again? What do you believe in that the mainstream may not agree with?

You can get in touch with Todd via his website at ToddBertrang.com, although you should be aware that all communication is probably being monitored.