Under the rule of Director of Health Dr. David Graham, Suffolk County (which makes up most of Long Island) in New York State is seeking to institute wide ranging bans on what they call the “extremes” of body modification. Claiming that research has shown these acts to be dangerous, they seek to outlaw a broad range of procedures including implants, nose piercing, tongue piercing and splitting, piercings near the eye, forms of cosmetic tattooing, genital and nipple piercing, and scarification including cutting, branding, and skin braiding.

“There is one, and only one, thing in modern society more hideous than crime — namely, repressive justice.”

“A democratic despotism is like a theocracy: it assumes its own correctness.” 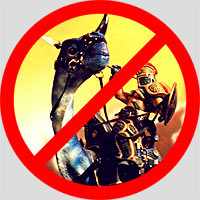 Get off that dinosaur!

“A bureaucrat is the most despicable of men, though he is needed as vultures are needed, but one hardly admires vultures whom bureaucrats so strangely resemble. I have yet to meet a bureaucrat who was not petty, dull, almost witless, crafty or stupid, an oppressor or a thief, a holder of little authority in which he delights, as a boy delights in possessing a vicious dog. Who can trust such creatures?”

Did they say “skin braiding”? 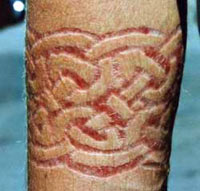 This is not skin braiding

For those that don’t know the term, skin braiding is a mythical form of body modification involving filleting long strips of skin, braiding them, and then allowing them to heal like that. Problem is, it doesn’t exist and never has — at best it is a visual misinterpretation of traditional scarification of Celtic patterns. Not only does this illustrate that Dr. Graham’s “research” is pathetic at best, but it shows fairly clearly that he’s also incompetent as a doctor, with limited critical thinking ability. Even someone with a simplistic understanding of dermatology could tell you that “skin braiding” is just not plausible. Dr. Graham’s proposed ban on it makes about as much sense as banning New Yorkers from riding their pet dinosaur to work, or limiting immigrant Ewoks from working more than fifty hours per week.

Graham continues in his deceit (or incompetence) — take your pick — by making the ludicrous claim that twenty percent of body modification procedures become infected, citing tongue, nipple, genital, nose, and eyebrow piercings as some of the most dangerous. Given that already by 2002 (according to the Mayo Clinic), over fifty percent of university students had non-earlobe piercings, we must be talking about one of the greatest health epidemics in human history. The problem is, Dr. David Graham is wrong, making him either a liar or a fool, if not both.

The only studies that I’ve seen that propose such high rates of infection are informal polls of tiny sample groups asking them “have your piercings ever gotten infected,” which is obviously neither scientific or accurate, given that most people will refer to even minor and normal irritation during healing as an “infection”. The fact is that no reputable or statistically significant research exists backing up Dr. Graham’s claim, and millions upon millions of people are now walking around with piercings and tattoos without having suffered the dire consequences that he warns of.

I’d like to briefly run through some of the practices that Suffolk County has proposed banning, beginning with branding and scarification. While it’s certainly important that minimum standards be in place for studios performing these acts, banning them is tantamount to banning religion — there is no form of human art and expression that we know of which predates scarification. To strike a blow at these arts is to strike a blow at the core of humanity and humanity’s history, and truly reprehensible. 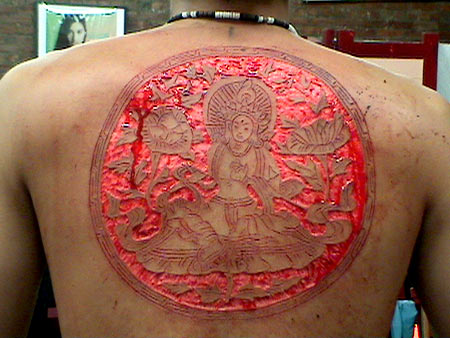 Not in Dr. David Graham’s America.

Nose piercing, which Dr. Graham seeks to criminalize as well, also has significant history behind it, being a part not only of South East Asian culture and other societies around the world, but of Western Judeo-Christian culture as well, being mentioned regularly in Bible as an important rite and fashion. Thousands of years of history attest not only to their normalcy, but to their safety record as well — even without a cultural backdrop, the fact is that it is almost unheard of for nose piercings to cause problems requiring medical attention. 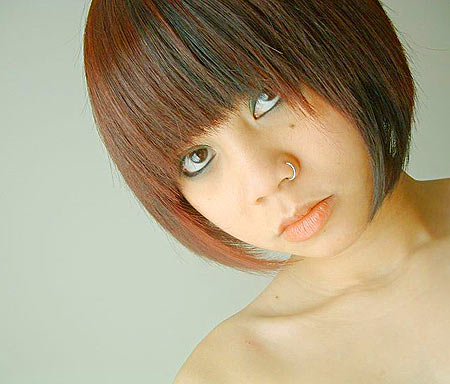 According to Dr. David Graham, this is so dangerous that it needs to be criminalzied

Genital piercings as well are at the pinnacle of safety, leading to less complications than virtually any other piercing that people could choose from. Pardon the expression, but our genitals have evolved to be able to take a beating, and are highly resilient, with fast healing and an excellent blood flow — if you want to take risks with your sex life, try Viagra, a drug which has killed thousands in the name of personal pleasure. Genital piercing on the other hand is safe, never having killed anyone, and often far more fulfilling than drugged erections. Again, no matter how many lies Dr. Graham wants to spin about it, no “research” exists backing his claim that these piercings are dangerous — leading me to believe his motivation in seeking to have the government hunt down those with this interest is a matter of enforcing morals rather than public safety.

Tongue piercings also make Graham’s list of activities he wants to see pushed into illegality. Literally millions of tongue piercings have been performed since they first began to popularize in the late 1980s. No death has ever been directly associated with one, and complications rates are several orders of magnitude less than, for example, use of peanut butter (peanut allergies kill about a hundred people every year in the United States and cause thousands of severe reactions requiring medical attention). The few cases where body piercing infections lead to life-threatening side-effects are almost exclusively limited to individuals with congenital heart defects requiring regular antibiotic use (for example, when going to the dentist) — and in these cases the clients not only hid their condition from the piercing studio but also did not take their antibiotics as medically recommended! 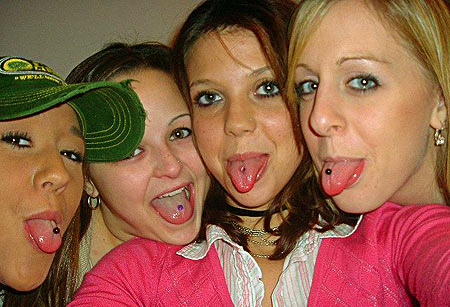 If Dr. Graham gets his way, this will be illegal.

The only part of Dr. Graham’s proposed law which has some validity is his concern about implants and tongue splitting, which he calls “surgical” procedures. Surgical may be stretching it a little — we’re talking about placing a small object under the skin, or a slit in the tongue which generally heals faster than a tongue piercing does — but it definitely is a step beyond piercing and tattooing in terms of risk. But still, even though thousands of people die every year from doctors doing elective procedures, and no one has ever died from an implant or tongue splitting done by an “amateur”. In addition to the hypocrisy of the safety argument, the fundamental injustice with these types of bans is that doctors in the United States are unwilling to do these comparably harmless procedures for social reasons. As such, any law which seeks to make it the sole domain of doctors effectively bans it outright and pushes it underground, which clearly is not in the public interest.

Dr. Graham’s staff, proving themselves as incompetent as he is, have proposed several bizarre variations on his rules in order to make them less heavy handed. For example, they suggest that perhaps scarification could be limited to “the epidermis and dermis” — a requirement that makes about as much sense as saying, “well, you can fly that airplane, but only if you don’t fly it underneath the ocean.”

The epidermis and dermis are, to put it simply, the skin. Below the dermis is the hypodermis, which is made up of loose connective tissue and fat cells — if an artist cuts or brands into this tissue, they’ve done so in error, just like if a pilot chooses to fly his plane beneath the ocean, there’s a serious problem for those on board. In similarly silly-land, they suggest that if someone gets a “branding, scarring, or piercing in internal areas” they should be given aftercare instructions!

I could go on about their proposed law at length — as I mentioned, they also desire an end to eyebrow piercings, stretched ear cutting, and forms of cosmetic tattooing — but I think you’re getting the picture. It should be clear to all but the most ill-informed and ignorant that this is yet another law based on deceit, never asked for by the public, motivated by bigotry and masquerading as public safety… just another jackass politician overextending government’s reach and wasting taxpayer money by trying to force his social views on the public against their will.

I think what’s saddest, and most disturbing about this, is that it’s being spearheaded by a doctor. If this is the quality of mind and character that is granted an MD by medical schools, would I be safer if I just started seeing witchdoctors if I get sick rather than someone sanctioned by the AMA?

The Suffolk County Health Board will be meeting again July 27th, 2005 to discuss this matter in more detail, and plan a public hearing in September. You can reach them via http://www.co.suffolk.ny.us/health/, and their Director of Public Health Dr. David Graham can be reached by phone at 631-853-3058 or by fax at 631-853-3073.