Last year Eric Stango of Lifestyles in Connecticut entered this over-the-top ear project in the Earmageddon contest. It didn’t win, but I think they should have given him some special Chaos Magick award or something. This seems like the sort of piercing that might grow on the ear of Tetsuo the Iron Man. The sort of thing that happens when one of Joeltrons “trondustrials” escapes from Arkham Asylum. My hat would be off to Eric and this piercing, but the piercing already stole my hat and ate it. I forgive it though, because it’s an awful lot of fun to watch.

By the way I want to point out that what you see hanging out at the bottom, from the tragus and the lobe, aren’t just dangly bits — they’re actually attaching to a surface piercing on the sideburn, as you can see from the inset “before” picture. Click to zoom in for a better look. 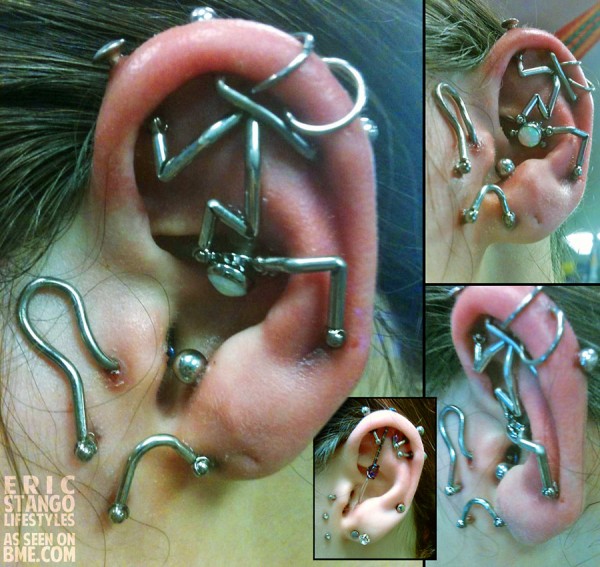