I like this club so much more than the Sacred Order of the Black Toe.

Howie (Lunacobra), the most experienced eye-tattooer, who has been performing and fine-tuning the procedure for longer than anyone else out there, has been doing some very exciting new work that I’m dying to share with you but that is going to have to wait until another post because in this one I’m featuring a set of people with black eyes. First is my friend Marc (little-swastika.com) in Radolfzell, who just had his second eye finished by Howie after having just the one done for quite some time. In the photo on the left he looks like some sort of deranged elf-creature rearing up out of its supernatural lair, don’t you think? 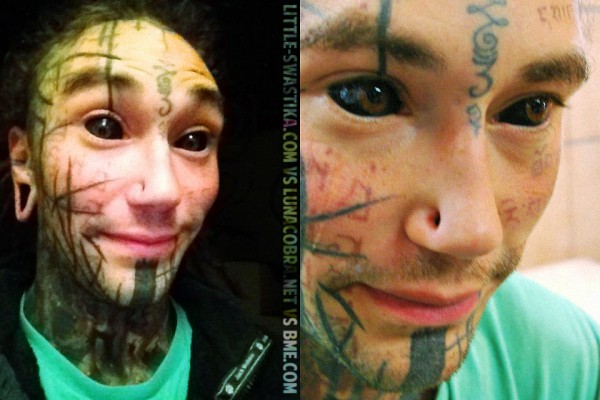 All the pictures in this entry can be zoomed.

Next on my list is this customer of Emilio Gonzalez’s (mithostattoo.com) — all of his heavy mods (implants and split tongue) as well as the eye tattoos are by Emilio, and as I may have posted before, this is one of my favorite forehead implant projects. 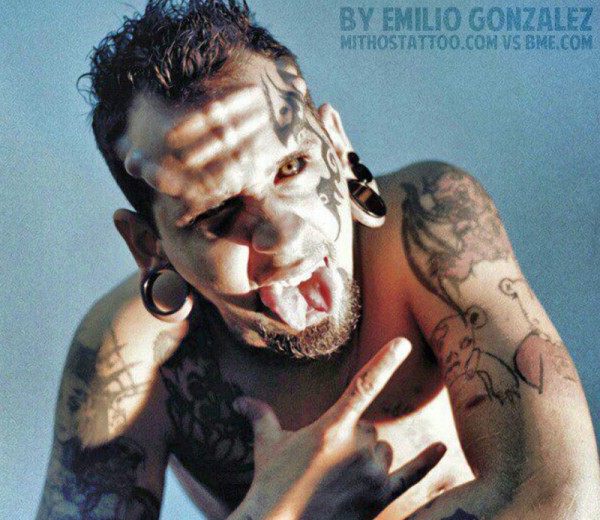 Finally, Roni Lachowicz, whose eyes are self done, and finally has her website up at x-roni-x.com. You’ll actually find a gallery of her eye tattoos (as in work on customers, not on herself) there that’s made up (at least as of this writing) of almost exclusively black eyes. 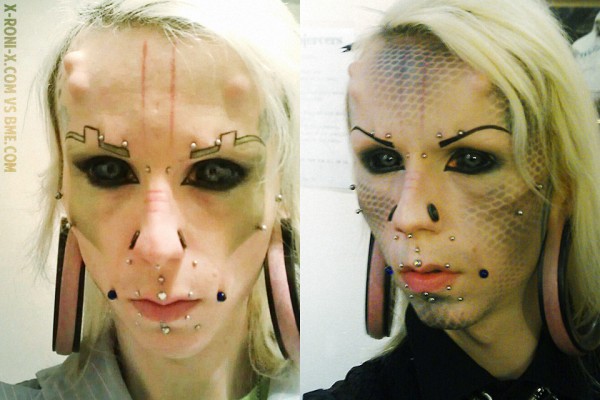 6 thoughts on “The Black Eyeball Club”