When I first posted about “Rob” and his lower urethral incision performed by Mac “Doctor-Evil” Mccarthy, I mentioned that he now wears jewellery through it, which stirred a lot of curiosity. He has allowed me to share a few shots as well as letting me in on how it affects daily activities. Keep reading to see more (NSFW warning!) 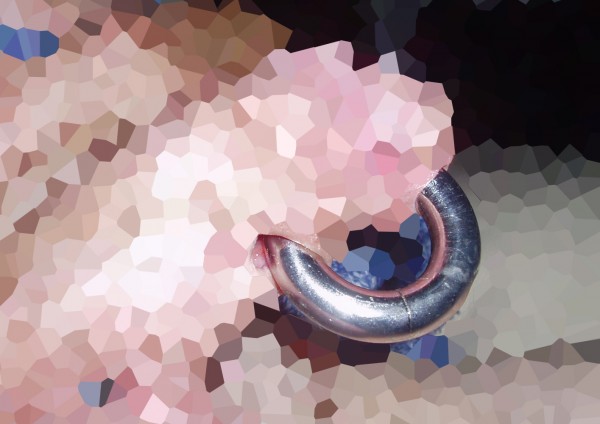 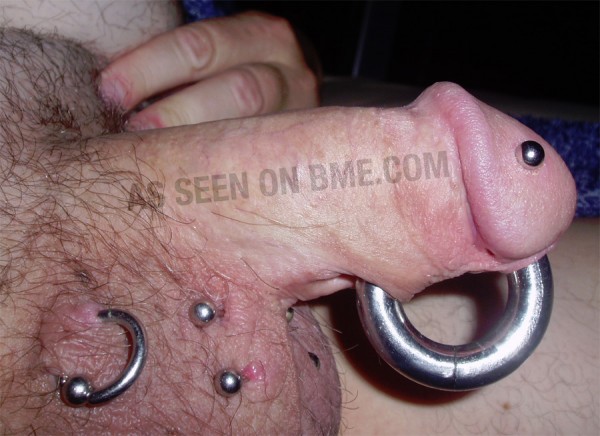 It has been three years since the procedure was done. Swelling receded around two weeks, and the bruising was completely gone by three weeks.

The first photo is less recent, from when he first started wearing jewellery through the incision. The idea came from his enjoyment with sounding. He wears “tribal dream rings” which are actually made up of two halves that literally screw together. The first ring he wore was 8mm in thickness, but was not a tribal dream ring. It fit well when flaccid, but it did curve with the jewellery when he got erections, creating some tension which he actually enjoyed. Next step up was 10mm, which was the first tribal dream ring and it had a 25mm internal diameter. The halves scraped the inside of the urethra causing some irritation, but he still wished to go larger and wear more weight. He went up to 11mm with the same style of jewellery, but found that the seams were much too uncomfortable, and settled for the 10mm piece long-term. He can feel it during everyday activities, especially going up stairs and finds it to be quite enjoyable.

He says he has no problems with erections or having sex. Lots of lube is needed, but he finds the jewellery hits just the right spots which create multiple orgasms for both parties. Sitting down to urinate doesn’t bother him either.

His most recent addition is a shaft ampallang located right behind the glans. He wishes to stretch that one as well, and wishes to have more piercing work done, though that is optional if he finds someone who can carry out the penectomy procedure he dreams of. This second photo is a recent photo of his current setup. 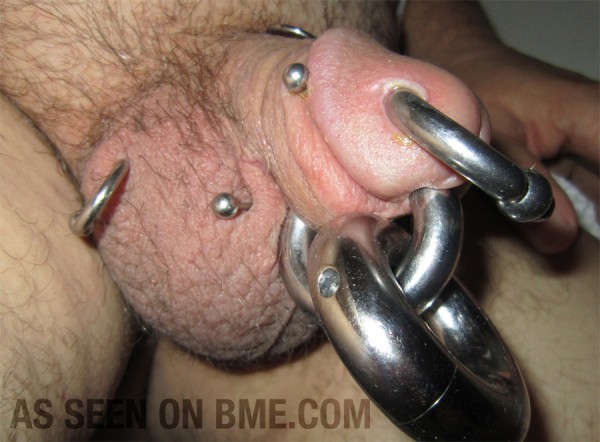