Because Howie (lunacobra.net) did my eyes in a hazy style, with a lot of marbling and transparency, you can see the way the tattoos change over time in my eyes more than in some of the ultra-solid eyes. It’s amazing to me how different my eyes look from day to day because of the way the ink moves around, and also on how slowly the entire eye has become more and more blue (in the early days parts were still only white)… I guess that subtle variations in the way I hold my head over the previous day, or perhaps absent-minded eye rubbing, and other factors cause the ink to move around. Sometimes the coverage is quite even, and sometimes it’s high contrast, almost blue-black in spots. One of my favorite bits that illustrates this well is the top of the iris, where you can see the ink pools, since gravity and pressure pushes it down, but then it hits the limbus barrier and stops. You can see that clearly in the top two pictures. 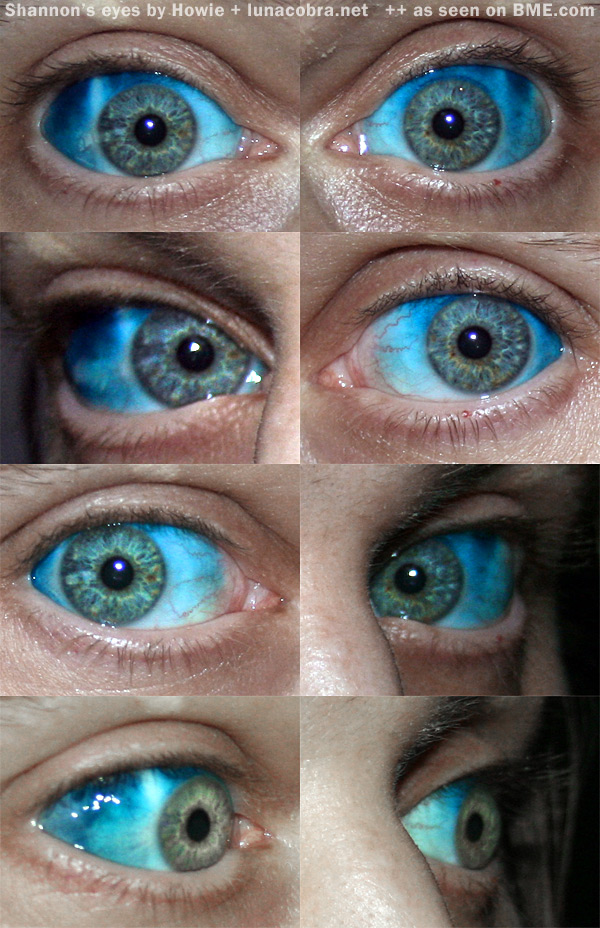 This modification has a good shot in the running to by my favorite modification of all time, both on myself and on others.

Speaking of blue eyes, Johnny Villonius just posted a picture of his blue eye, which he’s had for quite a long time (below), and you’ll note that he has a similar cloudiness in his. This should be expected (although it’s far from guarantee’d) in any eye that’s done lightly. Personally it’s my favorite look, and is the most subtle as well (to say nothing of being safer). I’d recommend doing this sort of look to most people as a “first step” which may or may not remain final. It’s quite possible to darken it with a second session. Anyway, I find that while I get constant compliments on my eyes, very few people realize it’s a tattoo. Most believe it’s natural, or even just say “you have the most amazing eyes”, but seem to not know why, as if their brain is seeing the blue, but their conscious mind refuses to acknowledge it. I find that when people give me compliments on it, when I mention that it’s a tattoo, that they often switch from loving it to being disturbed. 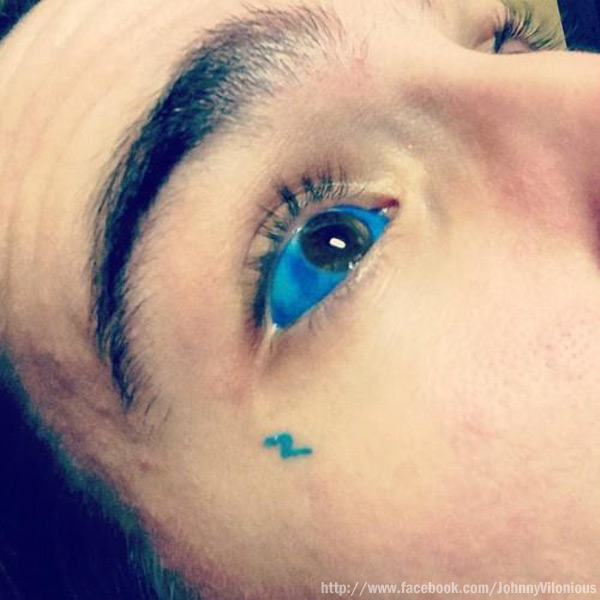