"I am having so much fun performing, I feel almost guilty. I think, my God, I hope no one comes and busts me for this."

When I moved to Texas in late 2001, one of the fringe benefits I was greatly looking forward to was no longer having to shovel snow or de-ice my car. Why is it then that every January when NY is doing its best imitation of an icebox have I since traveled up north, back into the snow and cold?

To be part of the Am-Jam Tattoo Expo.

My connection with Am-Jam goes back six years now. It began in 1998 when an announcement for the upcoming 1999 edition of event was posted online in rec.arts.bodyart. At the time I was a regular reader and contributor to r.a.b. and having recently decided to get back into performance as a full time venture I contacted the poster – none other than then VP and now head poobah Jeannie aka “Mom”. Being so close to the actual date, things were pretty well locked down in terms of entertainment and budget but being that is was only a few miles from my apartment in Albany to the armory in Schenectady where the event was being held we struck a deal that I would come out and do a few things during the breaks in onstage activity and she would give myself and a friend or two passes into the show and some drinks. It wouldn’t be the first or last time I worked for free beer and good time.

I was accompanied out to the show by Scott, who has since gone on to become The Amazing Dr. Grift and an indispensable part of my show and business. Within moments of arriving we made fast friends with everyone there and Jeannie was soon calling us her “sons”. Throughout the day I would get onstage and do an act or two – a bed of nails, sew buttons to my arms, lift things with piercings, the blockhead, etc. It went incredibly well and the crowd loved it. This was also the source of one of my favorite all time crowd comments: “Man, that is fucked up!” The comment isn’t particularly notable in and of itself and I hear it a lot but when I heard it that day from a Hell’s Angel it meant a lot more. I was reaching people with a generally higher than average tolerance for the weird and unusual. We returned each day and did a little something every time – including a stint as the walkway for the leather fashion show with each model stepping on me on the bed of nails as they took the stage. In those three days we made lifelong friends and probably got overpaid in terms our drinking. Throughout the year we would do the same at other Am-Jam events. BME still contains galleries of some of the pictures I took, which also show a pre-implants and facial tattooing version of me:

Am-Jam would be a regular part of my schedule and integral part of the development of my show for the future.

Things continued on in much the same way for 2000, 2001, and 2002. These were years of great growth for myself and my show and every time we returned to Am-Jam it was like a homecoming and we did just a bit more. Am-Jam became the event where I brought media coverage to see me in action. Over the years I have been filmed and photographed there for numerous print publications including many industry magazines as well as German TV and print, National Geographic, and more. This year was no exception as I was joined and covered by a Hong Kong based magazine.

In 2003, I took on a new role – albeit briefly – as co-MC for the expo. This was also the year I met Spider Webb who was exhibiting a number of paintings and other pieces at the event. The meeting was fortuitous and resulted in not only a new friend but also a new tattoo as I became part of his “X” work by receiving an “x” tattoo under my eye. The experience I wrote for BME about the tattoo can be found here. That was the first and last year I would MC at the event and also the last year it would be held in Schenectady.

Liverpool, NY became the new home of the Am-Jam tattoo expo in 2004. And then, as before and as I am sure I will again I got in my car and drove from the warmth of Texas into the blizzards of western NY. The change of venue meant some very positive new things for the event. It was now partnered with a strong local radio station (105 The Dog) and there was a new hotel with much more space – and a full stage for competitions and performances. This was also the year that I would get my lips tattooed while there, by Miss Vicke. You can read about that here.

And that brings us to this year’s event.

The 2005 Am-Jam would be the first event in a two week run on the road for me and the show. I had hoped that we were well prepared for the trip north by our first gig of the year in Anchorage, Alaska a week prior but it was to no avail. New York proved to be colder than Alaska – by several degrees – during the time we were in each state respectively. Nonetheless, we made it through – mostly by staying indoors. We arrived on the Thursday evening prior to the event and said hello to all the family before getting some much needed rest after 30 in a rental car. Technically, it was split between two rental cars because around Cleveland our first car got a flat tire due a random chunk of metal in the road. As the show must go on, so must the car. We exchanged cars at the Cleveland airport and were back on our way.

A brief nap would be all we got before awaking to visit Scorch on the morning radio promo for the event. Before leaving for the radio station there was some local news to shoot for as well. I did an excellent job of disturbing the reporter and apparently the studio editor as my antics were mostly cut from the piece that ended up running throughout the day – still it did the job. We got back a bit before noon and had another nap before setting up the booth and opening up with the event at 6 PM on Friday night.

As might be expected for our sixth year, we had tons of familiar faces stop by and visit our booth. The snow held off for Friday but on Saturday we were effectively snowed in. It always snows during Am-Jam, but this just means you know where the party is and it’s not going to go anywhere. Saturday was also our performance day and we had a great time with equal response as always.

Sunday we made the decision to stay in the hotel through Monday which relieved of our usual need to pack up and rush goodbyes before getting on the road. We took things leisurely and enjoyed a successful show and weekend of business at the booth. That night, after shutting down it was a trip to the hot tub and strategizing for the upcoming bar show in Albany, NY and then another convention in Ohio.

There are always variables in life, especially that of a traveling performer, and sometimes the start of a new year can seem daunting but I feel assured that I can count on being at a lot more Am-Jams and every one sending me off better than the last into the rest of the year. My sincere thanks to the Am-Jam family and all friends old and new from the event that have helped make my show what it is. 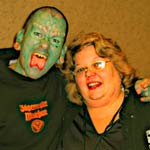 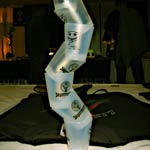 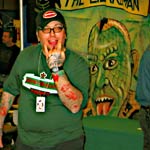 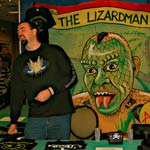 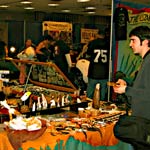 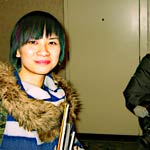 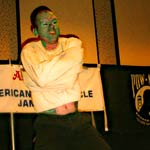 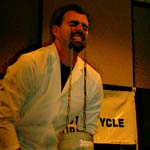 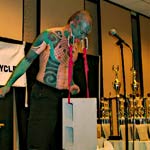 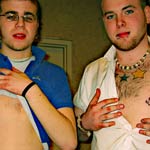 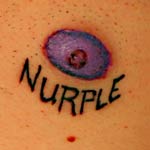 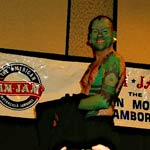 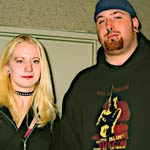 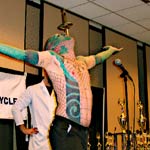 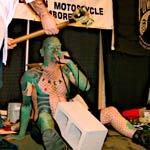 because the world NEEDS freaks…

Former doctoral candidate and philosophy degree holder Erik Sprague, the Lizardman (iam), is known around the world for his amazing transformation from man to lizard as well as his modern sideshow performance art. Need I say more?

Copyright © 2005 BMEzine.com LLC and Erik Sprague / The Lizardman. Requests to republish must be confirmed in writing. For bibliographical purposes this article was first published January 13th, 2005 by BMEzine.com LLC in La Paz, BCS, Mexico.