These are both from Shauncey Fury at Three Saints Tattoo in Pensacola, FL. Let’s start with this tattoo of Herbert (the creepy old pedophile from Family Guy) : 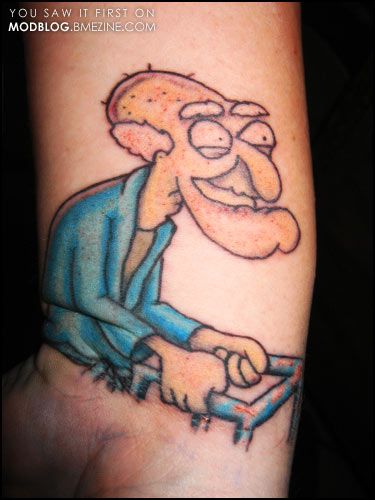 Why the long face muscley-arm? I thought you’d like that. 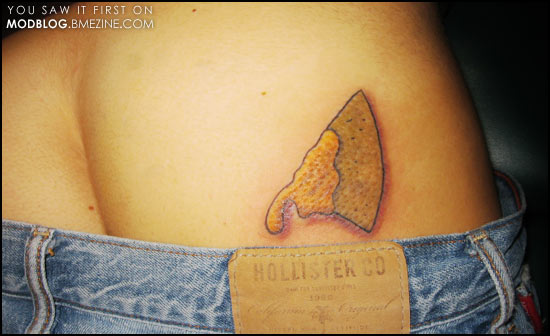 And is that a nacho on your ass, or are you just happy to see me?