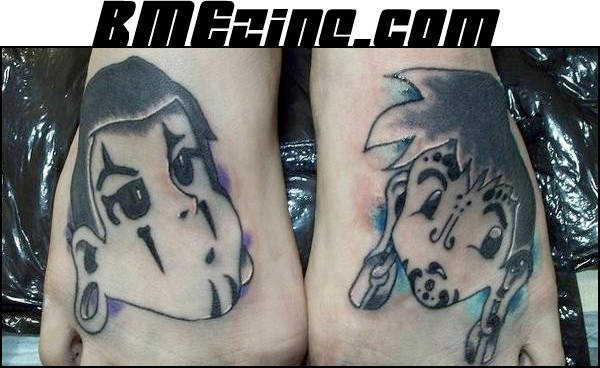 Hi, folks. If you’ll recall, I mentioned a while back that BME was embroiled in a silly lawsuit with world-famous cybersquatter Greg Ricks. To recap, Ricks owned the BME.com domain and used it to host photos and ads related to body modification, which makes for a pretty clear-cut case of intellectual property theft. I tried to purchase the domain from him several times, and each time he would agree in principle, only to jack up the price at the last minute. (Shocking, right? If you can’t trust a professional cybersquatter, then really, what’s left in this world?) This grew tiresome, and BME filed a suit against him before the World Intellectual Property Organization,  which promptly found in favor of BME. (Also discussed here.) Easy enough, right? All’s well that ends well and all that good stuff?

Well, no. Ricks decided to play the agitator, and made the preposterous claim that not only was he within his rights to use BME.com as a means of generating income by way of diverting traffic from BME, but that we were infringing on his copyright! Seriously! He actually said this! So he countersued (also claiming that BME is only a “pornography site”), and on goes this ridiculous comedy of errors.

Here’s where things start to get interesting. See, you get to learn a lot of fun stuff during court cases. Now, maybe it could be realistically argued that registering a three-letter domain like BME.com is just good business sense, and that Ricks had no intention of capitalizing on the sort of content that BME offers until he saw the huge spike in traffic he got from visitors trying to come to us, and then he decided to put up some stolen images and tattoo links and such. This is a charitable perspective, to say the least.

Except, ha ha, there is convincing information to suggest that Ricks is either heavily involved in or solely comprises Gee Whiz Domains, an outfit that seems to have a disproportionately large number of cybersquatting domains.  BME.com is one thing, but when you take into account that Gee Whiz is also sitting on such frequently typo’d destinations as “yahooemai.com,” “msnnb.com,” “officedepo.com” and “cnnmmoney.com,” well … something doesn’t smell right. (For more on this, go here.)

The dispute largely centers on Ricks’s assertion that BME’s claim to “BME” is invalid, and that we have branded ourselves as “BMEzine,” which is simply not true. From day one, the “brand” has always been “BME,” whether it’s been:

But don’t take their word for it! Body modification experts like Master Piercer Elayne Angel and Allen Falkner have gone on the record to emphatically state that BME has always been the signifier for our site, not to mention the launching point for complementary projects such as “BMEvideo.com,” “BMEshop.com,” “BMEfest.com,” TeamBME.com,” AskBME.com” and “BMEworld.com,” among several others. Because, you know, it has been.

How’s this for a barnburner, though? A Florida-based lawyer named Kevin Wimberly (who, it just so happens, is also a self-proclaimed “tattoo enthusiast”) caught wind of this  case, and it reminded him of a paper he wrote while in law school entitled “Tattooed Identity: Resolving the Tension Between Statutory Copyright Law, Identity, and Skeptical Subculture.” Much of the research for this paper was done with the help of BME’s article archives, and Wimberly claims he’s been using BME as a resource since at least the year 2000, and that, “[if] any other company used the designation BME, it would confuse me and anyone else in the marketplace.” (More on this here.)

So, even with all of that said, the cybersquatter is still making the argument that the “BME” name is his, and that we have been the ones wrongly using it all this time, which is his right as an American, I guess? Anyway, I just wanted to give you all an update on this silliness, and with any luck, this will all be settled soon. I’ll keep you in the loop. And of course, as always, thank you for supporting BME — without all of you, there’d be nothing to fight for!