Ladies and gentlemen, tonight I bring you the very final installment of the Cadaver Chronicles.  It is a bitter sweet conclusion. Sad in the fact this is likely the last you will read of it on this humble blog. Yet happy, because from all the positive feedback he has received from these post, he has decided to carry it on further.

I’ve begun writing an expanded version of the memoirs for traditional publication in book form and this one will pull no punches, it’ll include every juicy story.  -Cliff Cadaver

Currently he owns the domain www.CliffCadaver.com, but the site is not live yet. I have spoken with him and suggested he get at least a placeholder up soon, and I believe that’s currently in progress. Keep your eyes peeled there as I am sure his website will be a wonder in and of itself. It will also contain updates about his upcoming book and information on how you could pick up your own copy of the hardcover book “A basic guide to body piercings” that was mentioned and shown in Episode 2. 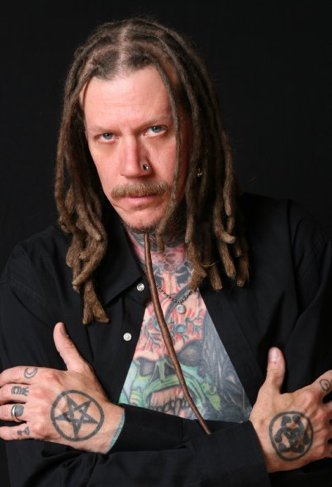 On behalf of myself, BME.com and all of the modblog readers who enjoyed these articles I would like to thank  Cliff, for taking the time to share all of these stories with us and I wish him the best in all of your future ventures.

If you have been hiding under a rock for the last few weeks, here are links to the previous episodes for you to play catch up with (1, 2, 3, 4, 5), otherwise keep on keeping on for the final chapter.

I can’t even see my largest tattoo, a backpiece that covers me shoulder to shoulder, stem to stern. I got it before I began piercing, about the time I realized construction would never cut it. The image is one you’ll recognize. It’s from the Rider-Waite tarot deck. It’s also in a lot of horror movies. Major Arcana, Roman numeral thirteen, skeleton. It’s the death card. It symbolizes change. The friggin’ Monkey on my back. 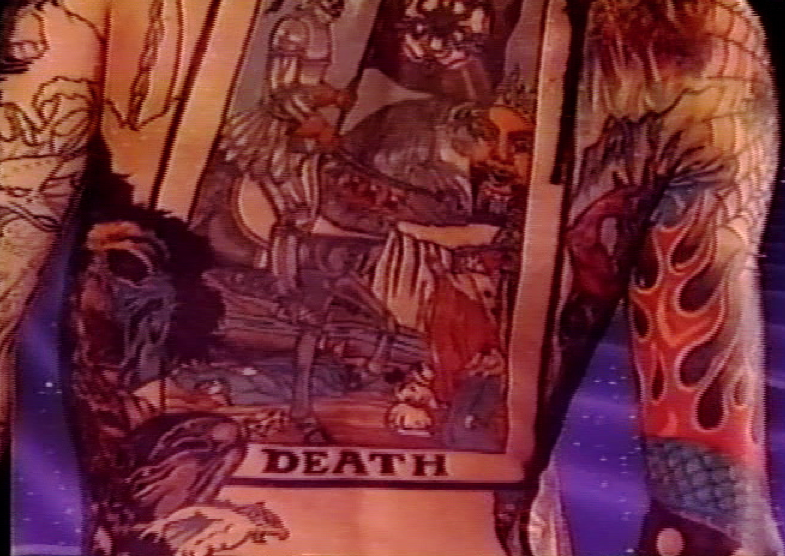 I should have quit piercing five years before I did. The writing was on the wall, in bold capitals, outlined three times, day-glo. I looked the other way, as usual. I was mired in the past, struggling to keep my head above water in a present with no future. Bad limbo. Everything had declined from the golden days when Mike was there. Tarnished. Jenny McCarthy included a night time shot of my shop on the opening of her talk show. Edgy. I started drinking.

I watched body piercing go from a very specialized niche industry I loved, to something I didn’t recognize. I didn’t know a single person with a pierced tongue in 1990, and navels were still a rarity. In 2005 I pierced so many kindergarten teachers I’d need one of those take-a-ticket systems. Starbucks. “Single file, ladies. Single file.” I’d stop at 7-11 on the way to work for a single-serving of chardonnay to back my morning coffee. Not enough to get looped, just enough to face the world. Not right.

Prices hit rock bottom all over town except in my shop. George Bush laid his great depression across my neck like a jack-boot. It seemed none of the competition were traditionally trained anymore; they’d take a quickie class at a “piercing school” and then open their own “pierceology academy.” Just shoot me. I never saw so much low-quality jewelry before in my life. Distributors would show me their wares, glow-in-the-dark trinkets made of plastic and Taiwanese pot metal. They’d shrug their shoulders when I asked about internal threading. I’d unscrew the ball from a zero gauge circular to show them what quality and proper design looks like. They’d inspect the Good Art or Anatometal product that cost ten times more than their cheapies. They’d leave the shop laughing. Crazy round eye. 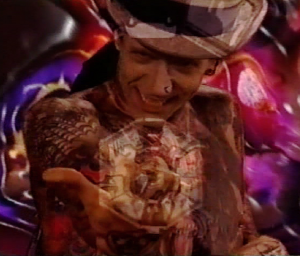 I was the longest tenant on my block. I saw so many businesses come and go it wasn’t even funny. Rockwood and Studio City Tattoo had moved. Punk rock music store, gone. The antique store whose owner had traded me a light-up porcelain geisha head for a guiche piercing, gone. Even the Thai joint closed its doors. And then Tony Theodor, my Greek landlord, died. He had cataracts so bad he could barely see, he’d had a couple triple by-passes, he came up to about my belt-buckle. Once, he saw some customers getting pushy, he returned brandishing a shovel. He and my father had exchanged whispered words when Tony saw a Masonic ring on my dad’s finger. Since I lived in a triplex over my studio it was easy for him to pound on the door when I overslept or played hooky. Thanks a lot, Pops. He taught me dirty phrases in his native tongue. I’d yell “Ap-po-piso!” when I saw him. He’d blush. I loved him.

The new landlord was Persian. He never smiled or taught me squat. He raised my rent every year. He leased the unit next door to palm-readers. They lived there. With children screaming twenty-four-seven and fragrant gypsy cooking wafting into my shop all day. “May I help you,” I’d ask after welcoming a client. “Yeah, I was thinking about a Prince Albert?” They’d wrinkle their nose. “Do I smell goat?” Yes. There was no parking. The new hair salon contracted Nazi valets that commandeered our small lot. I worked seven day weeks. I worked a solid month without a day off. More than once. Still, I had trouble making ends meet.

One day I got a call from a guy looking for trepanning. I thought a second before asking, “You mean drilling holes in your skull to let the voices out?” I said it slow, gave the words added gravity. “I’m impressed,” he said. “You’re the first one to know the term.” Great. “Oh,” he continued, “it’s not to banish any voices. It’s for consciousness expansion.” He chuckled. I sighed. “Might I suggest meditation?” I was really dismayed that some kid into Egyptology was calling mod-shops for skull boring. What’s a little street shop elective surgery between enthusiasts? “If you call enough places you’ll find some idiot willing to sani-wipe a Black and Decker and just go for it. Call a brain surgeon if you’re serious,” I said. I was just about ready for a skull-fuck myself. I was thinking zero gauge, about nine millimeter. 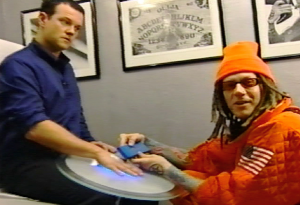 I Paid Dearly for a Happy Ending

I know why the universe let me drag my feet for so long. Why I didn’t permanently close my doors earlier, when it could have saved my sanity. Why I never pulled a trigger.

It was January third, two-thousand and three. A cosmic reprieve. She wanted her eyebrow pierced, said she wanted something just for her. Her marriage was on the rocks, divorce proceedings underway. Today was the fourteenth anniversary of her bad wedding. “I don’t know what’s worse,” I told her. “Being lonely, or being chained to the wrong person.” She’d think of nothing else for the next week.

“You’re back!” I said. I was happy to see her. She was nice, pretty. “I think I need more,” she said. We wouldn’t know until later that we each had the same secret thought upon our first meeting. I could stay with that person forever.

Spread-eagle in my stirrups, she wouldn’t stop giggling. I figured it was nerves. The stress of a genital piercing can manifest itself in many ways. “What is so funny?” I asked. “Ticklish?” She wouldn’t say, but she had me laughing too. She paid, bought some aftercare solution, and asked me for a date. She’d been laughing because she had a plan. Thought wily female thoughts and nothing else for that entire week. She knew she’d take a chance, ask me out. Get her hood pierced and give me a preview of things to come. A reason to change, to live. I kissed her cheek. I married her.

My colorful plumage finally attracted a mate. Forty year old, confirmed bachelor Cliff Cadaver got hitched on April fourth, 2004. All of our wedding stuff says, “Four, four, four… Forever.” We took our vows in the highest wedding chapel on Earth, top of the Stratosphere hotel in Vegas. We bought seven acres in the Angeles National Forest. Named our spread, “Triple 4 Ranch.” No more sterilization chores or touching creepy strangers, now I muck horse stalls, groom miniature donkeys. I feel kind of like Syd Barret tending his garden after too much fame and LSD. I’m finally fulfilled. I want to live in the forest forever. I have no street-cred left to lose; I want to quote Winnie the Pooh for my wife, Carol. 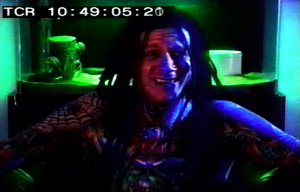