I wanted to highlight and contrast two very different procedure styles of getting “elf ears” from two talented artists. In the ear on the left, done by Brian Decker (purebodyarts.com) you’ll see a traditional ear pointing procedure pushed to it’s max, giving quite a radical point — very long and pronounced. The end result is quite alien and very striking — if you want to see a well-healed result, look at Tye’s ears which are featured in the last Modified World video I posted. The other ear was done by Samppa Von Cyborg (voncyb.org) — you saw the customer’s other ear last week — and involves a complete top to bottom reshape of the ear. The lobe is removed, the contour is reshaped, and a more subtle point is formed. This also results in a slightly smaller ear because of the tissue removed — I’ve tried to put the two ears roughly to scale. 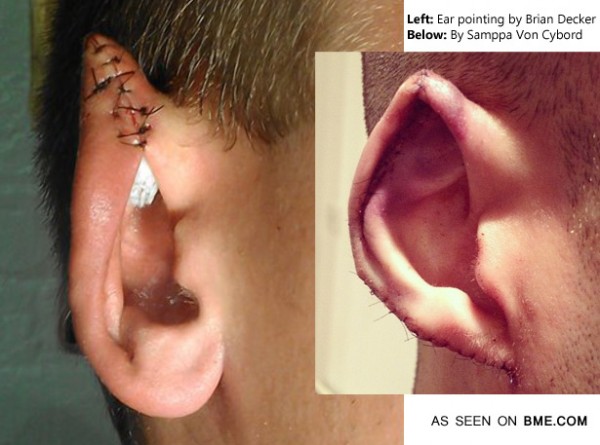 I don’t have particularly strong feelings as to which one of these ear styles I prefer — I like each for different reasons. The one produces a far more extreme appearance, and the other is more “natural” looking for lack of a better term… I think there’s space for each of them and I don’t one procedure replacing the other — it simply broadens the palette available. After the break you can see a larger photo of the ear by Samppa as well as both of the ears of Brian’s customer. 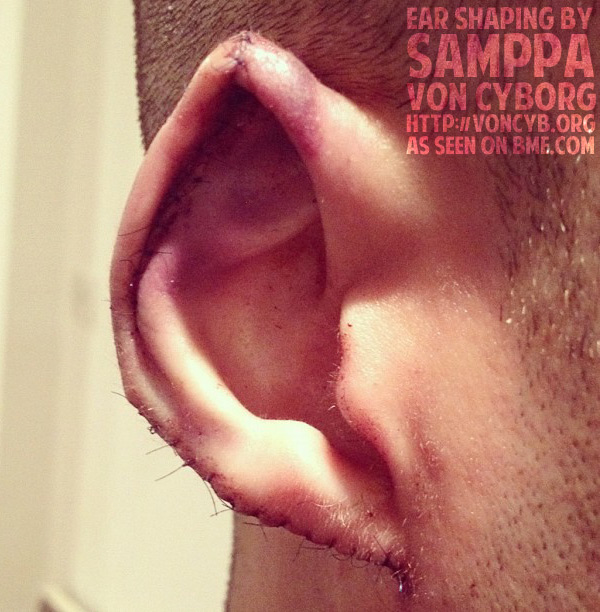 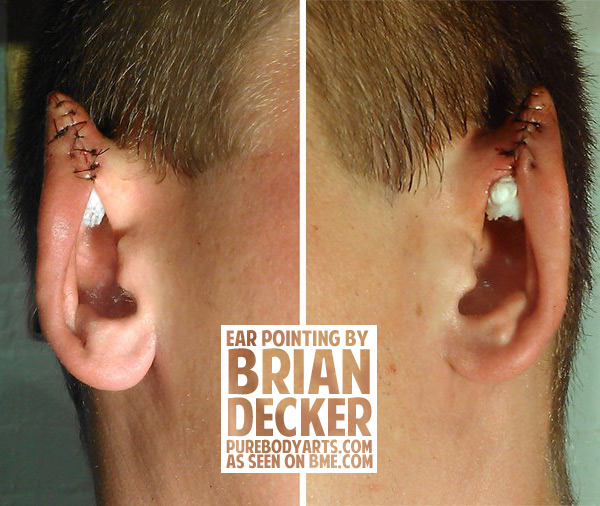 3 thoughts on “Pointing versus Shaping”