Even though numerous people outside of indigenous cultures have been wearing lip plates for at least a decade, it’s still a misunderstood and often maligned modification. I had a chance to talk to Neil Thomas about his lip plate, which began its life as a simple and unassuming 14ga labret seven years ago, and a lot of vinyl tape wrapping later, is now about 35mm (1 3/8″), just shy of his end goal of 45mm, where he plans on staying for a while. Because of the weight (and size) of the jewelry, he wears the plate down all the time, other than taking out a few hours a night and oiling the area, and to clean it with unscented anti-bacterial soap.

You may be surprised to hear that in addition to his “Scratch1000″ eBay store, Neil works with the public as a barber-stylist and a musician/promoter. His bosses have been supportive over the years, and the public has a broad range of responses — some people are curious with the typical “does that hurt”, others have no opinion, others think it’s cool, and of course there are those that think it’s gross. He says, “Treat people the way you would want to be treated and I believe people will be more understanding towards you. Most people close to me accept me for who I am and what I do. I’ve always just went for what I wanted to do. I still respect the few that are against it. If that’s the way they are, so be it.” 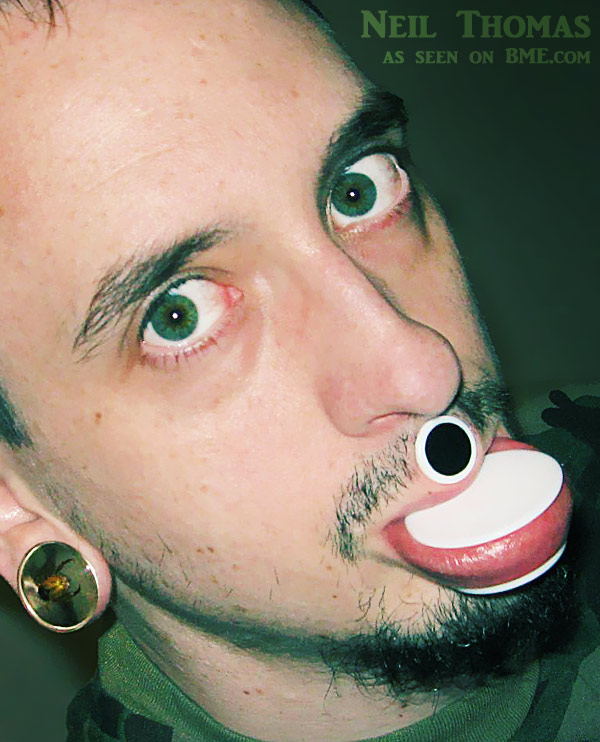 Neil adds, “I always figured if I could get away with it I would just keep going. I have always been a fan of culture and uniqueness. I’ve always been just me, in the punk scene or the Jamaican music scene. Two things that that keep me going.”

He also tells me that he’s always loved the way it looked on all kinds of different people, so let me also share a picture of the amazing Muga Suástica of Marcolino Moura in Bahia, Brazil. His lip is 50mm (2″) in this photo, but he tells me he doesn’t plan on stopping any time soon. 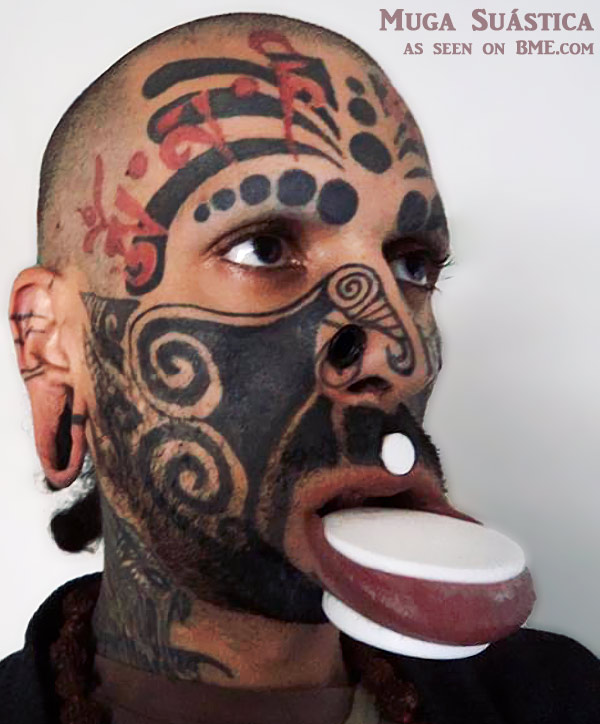