“Rob” has an interesting take on a urethral reroute that I haven’t quite seen before, which is located at the base of the penis. The procedure was performed by Mac “Doctor-Evil” Mccarthy. I recently had a chat with “Rob” to discuss the process he went through, and why he decided to get such a modification. Continue reading after the break for more (NSFW!). 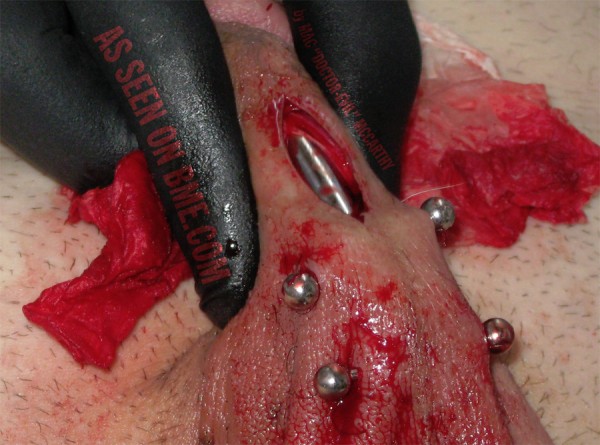 Originally he wanted a placement I would consider to be more common for a reroute, behind the testicles and scrotum exiting through the perineum, but the artist suggested a slightly higher placement so healing would be easier, and it would be easier to flush out the area of the urethra that would no longer be in use. After a great deal of thought inspired by his relationship at the time and mishaps sitting down to use the washroom, he felt this modification was perfect for him.

“Now the one thing that I totally admire about the guy who was about to work on me, was his attention to detail. The meticulous detail that he went through, to make sure everything was in the right place and ready, was fascinating to watch. It filled me with confidence and put my mind at rest.”

The incision itself was cut and sutured with the help of a sound placed in the urethra during the procedure. “Rob” says he could feel every cut more and more as the artist went deeper. The healing process was pretty uneventful and trouble-free, after a couple stitches pulling through the first night. After a number of months, he decided to start wearing jewellery through the incision and the unused part of the urethra. He says it feels great, and having sex isn’t even as difficult as some may think. “Rob” has many more future genital modification plans, but in the end he desires a full penectomy and eventually wishes to be castrated as well. 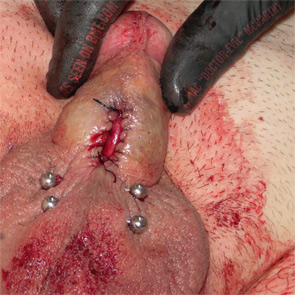 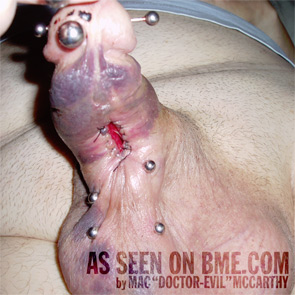