One of my favorite thing about eye tattoos is that in many cases, they look different from day to day and from photo to photo. This is in part because of the way the ink is suspended over a nearly white backing and under a transparent “laminate” (unlike a “normal” tattoo, which is mixed into almost opaque tissue underneath a later of genetics-tinted translucent skin), and in part because the pigment particles are floating between these two layers, not locked in place, and slowly move around due to a variety of factors (for example, gravity, pressure from eyelids, or rubbing from fingers). For example, click this photo of Rattoo’s over-the-top blue eyeballs (done by Brazil’s Rafael Leão Dias of Dhar-Shan Body Art Tattoo & Piercing) to see a collage of fifteen different photos of his eyes over the last month or two. I should also mention that the tongue split he’s showing off was done not long ago (I think a few weeks in this photo) by Rafael. 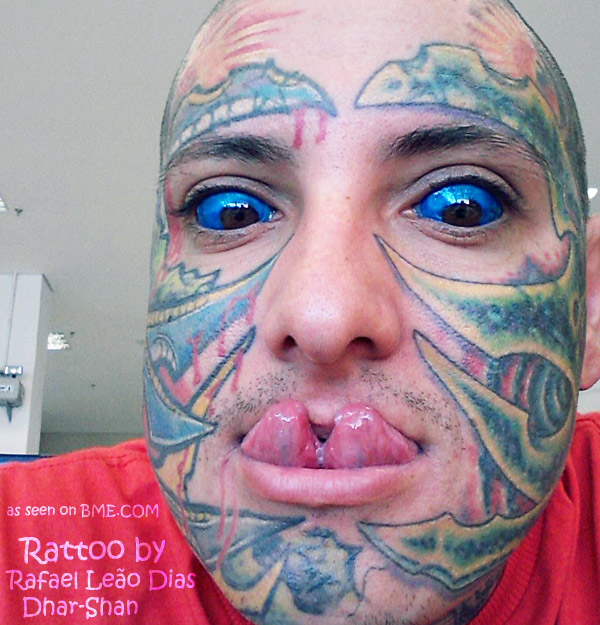 Rafael by the way is arguably the most prolific eyeball tattoo artist in Brazil, if not in South America as a whole, and has done quite a few interesting people and well-known body modification microstars — for example, Rodrigo Musquito (first line of photos below, with the full-face skull tattoo), pro MMA fighter Danver Santos (second line of photos below), and mega-modded-couple Victor Peralta and Ana Diabolick (who you may notice flanking Danver in the final photo). Danver fights with Team Nogueira, under heavyweight Minotauro Nogueira, and when I chatted with him about the eye tattoos about a month ago, he told me that his black eyeball tattoos were driving crowds completely crazy and had fans clamoring for photos! They do look amazing, but my only worry is that eye tattoos can be damaged by pressure and I’m not sure eye tattoos are entirely compatible with MMA — time will tell. Click the photos below to see them at full size. 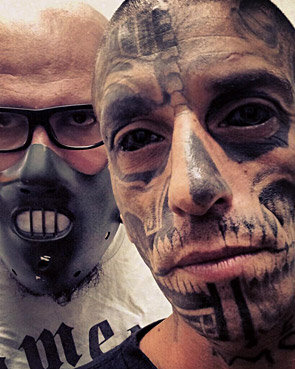 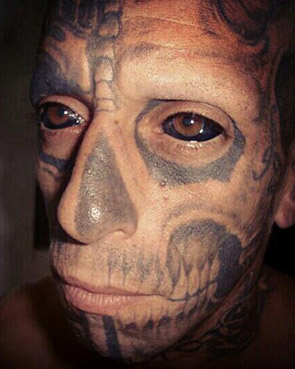 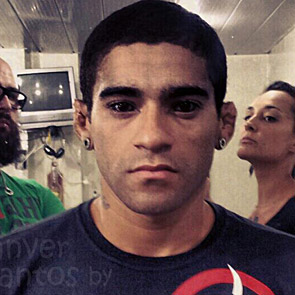 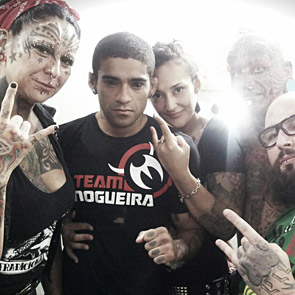 One thought on “Eye tattoos by Rafael Leão Dias”