I was asked to share the following from an artist who is running an IndieGogo campaign: 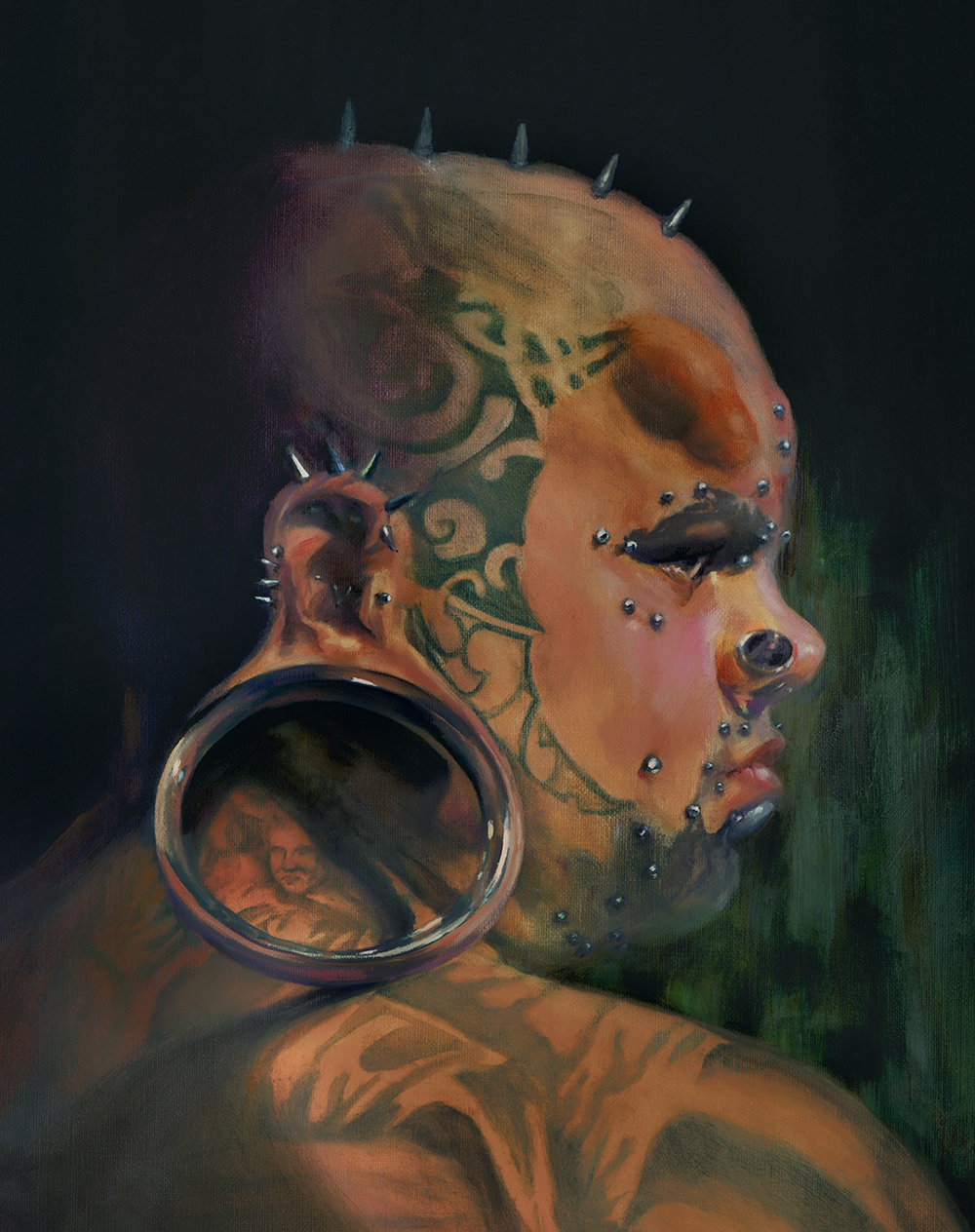 Aloha! My name is Rose Adare, I’m an evocative artist disabled by a muni train in 2005. To get through the hard times, I began painting truly inspiring, brilliant, out of the box people, and now I have solid offers for shows guaranteed in Oakland, San Francisco, Seattle, AND Brooklyn, NY! But I need your help to get there!

I’m not asking for plane tickets or hotels. I’ll sleep on couches and eat ramen. But I need help with shipping and production costs.

I’ve had three amazing shows already, at the Hawaii Museum of Contemporary Art, The J+ Gallery in Holualoa, and the prestigious Maui Arts & Cultural Center’s Schaefer Portrait Gallery, but now it’s time to reach the mainland.

Hawai’i is 75 miles across and is 2,467 miles from California. That’s a long distance to move 31 paintings, 5 plexiglass shadowboxes, and 35 plexiglass descriptions—especially when some of the paintings are 10 x 7 feet! The powerful success behind Restraint & Revolution “took a village,” and now it’ll “take a continent” to move across the ocean.

More about her art and samples of her work after the break.

Amidst the marble halls of classical portraiture one rarely sees portrayals of body modification, let alone artists like Rose Adare. Sporting spikes in her ears and tattoos down her arm, Adare describes herself as an evocative realist, combining classical elements with dynamic subject matter. When a 60 ton municipal train knocked Adare into disability, she became no stranger to pain. Drawing with a pencil taped to her fingers, she explored the world of punk-therapy, playing loud music to drown out her migraine while trailing torches over her body as a fire-dancer—just to feel something more than the ache in her bones. Settling in a house of body-mod artists on the volcanic island of Hawaii, she began painting her amazing portrait series Restraint & Revolution. But now she needs your help to ship her gorgeous paintings to booked shows in Oakland, San Francisco, Seattle, and New York. Check out her amazing book, which contains inspiring life stories of her truly boundary-pushing models! She’ll even sketch you, draw you, or paint you, whoever you are, however you are, in all your beautiful diversity.

Excerpts from Restraint & Revolution: The Art of Adare 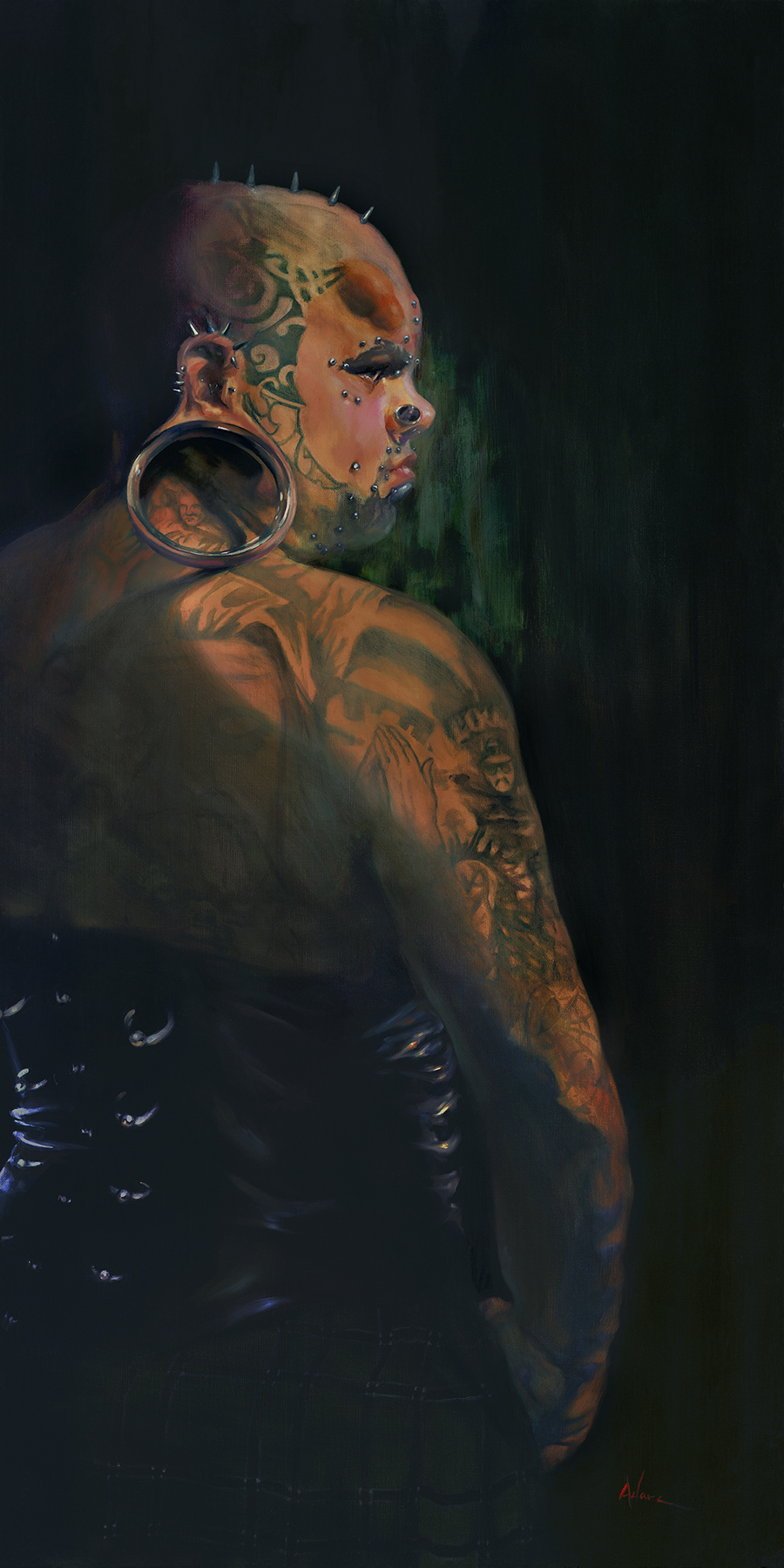 Holding the Guinness World Record (2015) for largest, non-surgically made flesh tunnels, Kala’s stretched earlobes are 4.3 inches in diameter. Instantly recognizable, his body is his art. “When I started researching about it, and finding out about the traditional aspects of the piercings, the cultural beliefs, the background behind piercings—you know, why people originally started getting piercings, were a lot of the African people started stretching their lips and beautifying themselves by stretching their ears—I started realizing—wow! This is a whole different world!” 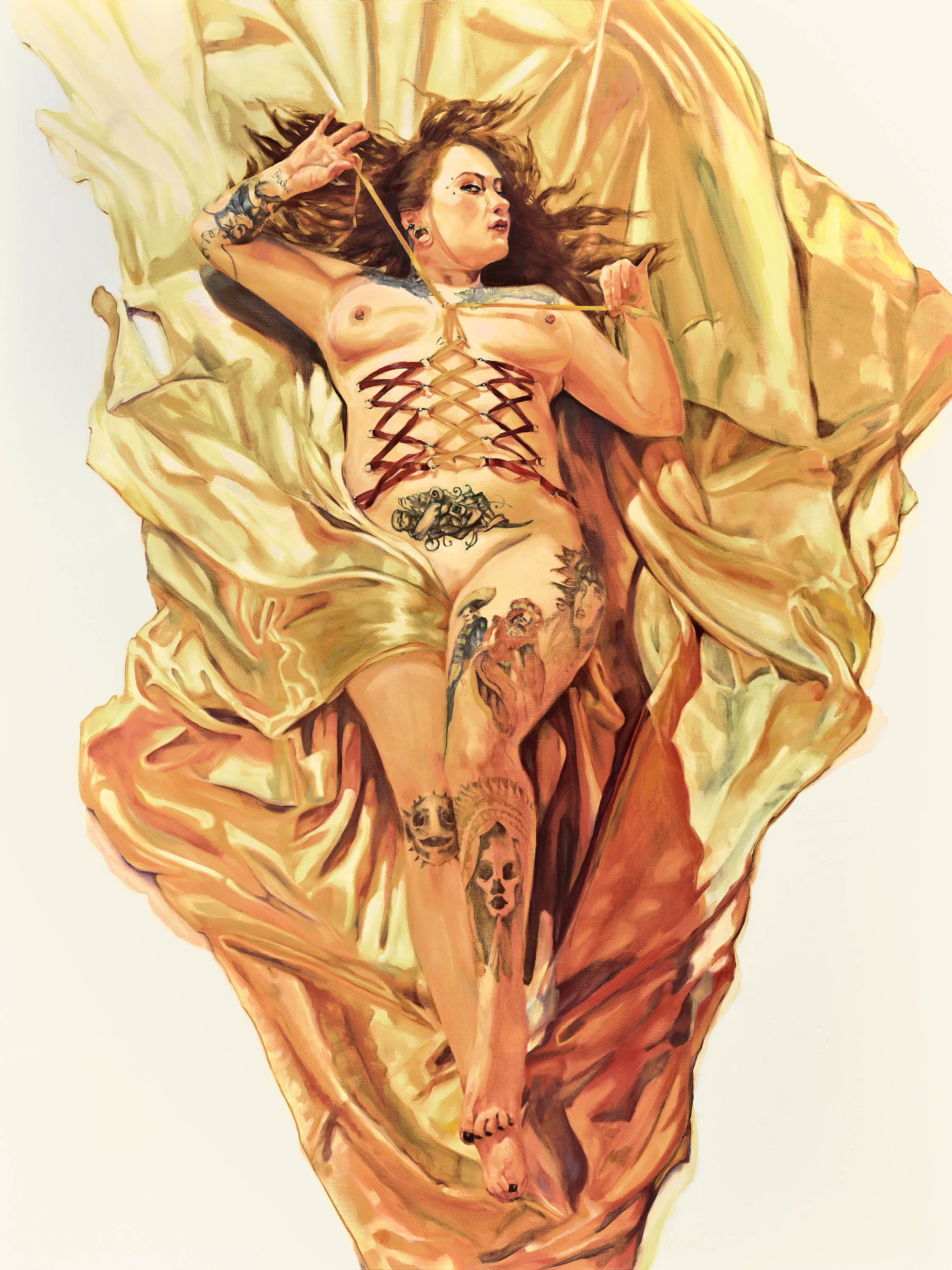 Born with congenital hip dysplasia in Port Angeles, WA, Jesi spent most of her childhood in body casts. When they finally cut them off, she laughed: “Look Mom! I have knees!” Growing up in a 12 volt, off grid house in Hawaii, Jesi spent a lot of time drawing, or else swimming in the old, redwood pickle barrel rain catchment tank when her parents weren’t looking. “In 4th grade, I stole a tattoo magazine out of my brother’s room, the Sept. ’94 edition of Skin & Ink.Until then, I hadn’t ever thought about what I wanted to be when I grew up, but secretly I wanted to be the lady in the article…I decided then that being a tattooist would be a really cool job.” 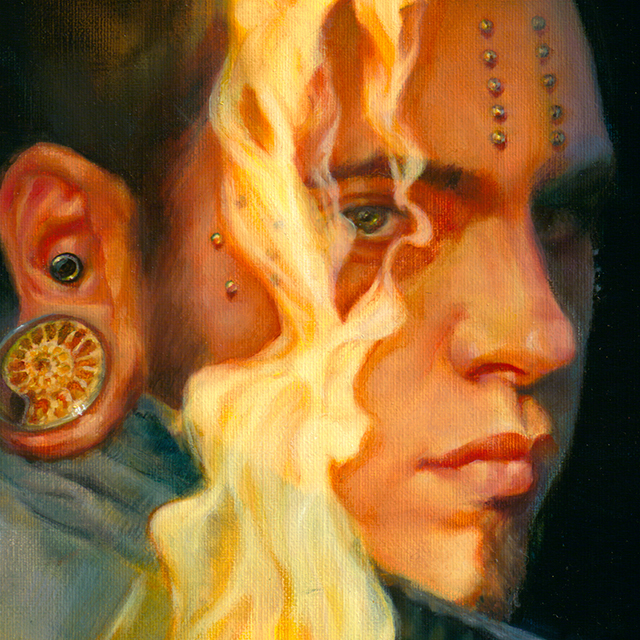 “Weather change: rain, lightning, huge tree. Scared the crap out of me. The pain during the actual hooking procedure was the worst part of it, then your body kicks into high gear and you don’t really feel it anymore. But when they pulled me up into the actual tree? Rain, thunder, light show? It was one of the greatest experiences I’d ever had. I became addicted to it after a while. I’ve done a lot of suspensions, but the last one was at my friends funeral. He used to do a lot of suspensions as well, and when he died we suspended off a tree in his backyard. Ever since then I a haven’t been able to bring myself to do it. I don’t think it’s dead in my life. I’d rather suspend other people and let them experience something new.”
RoseAdare.com