Sorry I haven’t updated much in the past few days. We’ve had a guest down here in La Paz so Rachel and I have been busier than usual, and Jordan’s internet connection is out… Anyway, I’ll start off with a cut-out heart tattoo that I really like even though it’s pretty over the top emo, and which I have no doubt will start being copied a day or two after this entry goes up. 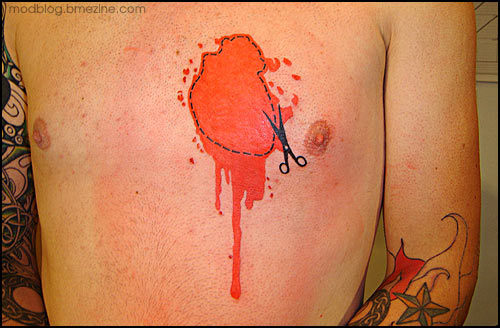 For the record, this original (?) piece is by Ron Aytes of Three D Oils and Ink in Valparaiso, Indiana. Here’s another one I like, this one by Brett Osborne (IAM:bretticus) of Pure Body Arts in Brooklyn…

Live to Squeak, Squeak to Live 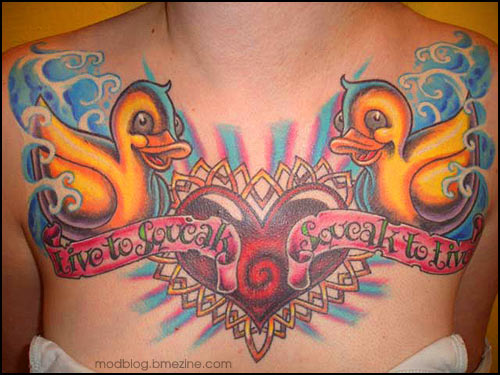 I get tattoo pictures of snakes daily, and every time I get one I think how much better of a tattoo it would be if there were some ladders thrown in. Well, thanks again to Brett (see above), my wish was answered. 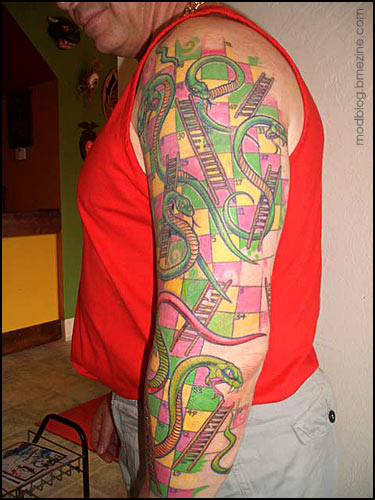 Next, on IAM:nuclearsummer, vagina monsters go to war with a flying penis… tattoo courtesy of Dave Knight at Tattoo Mania in Montreal, Quebec, Canada. As far as I can tell the penis monster is winning, but war is a sticky thing and penises tend to blow up unexpectedly, so the outcum is anyone’s guess. 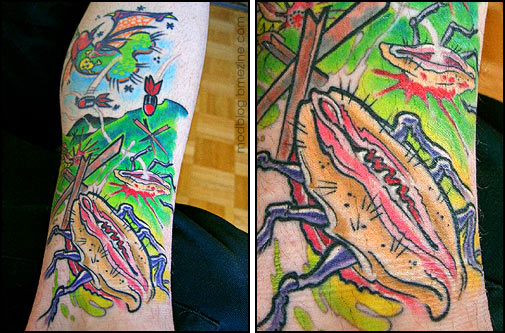 How about an assortment of Volkswagen tattoos? VW pride! 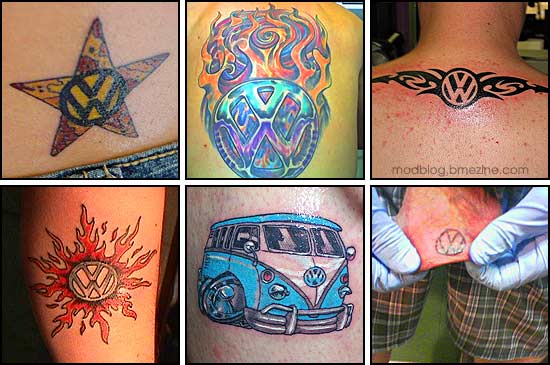 Yes, the last one is on his nutsack.

Finally, this slogan tattoo wouldn’t even make me look twice if I saw it on the street here in Mexico, or even in the US. However, this piece actually hails all the way from Planet Tattoo in Kiev, Ukraine, by Dmitry Mitsik… I suppose Latin Spirit is everywhere? 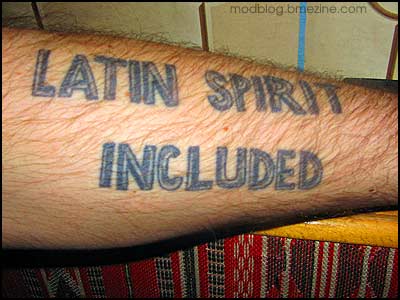