Update: First, the person in this procedure healed fine and is very happy. Second, I want to make it clear that while this procedure looks very intense, it’s probably less intense as a procedure than some large skin removal work, transscrotal piercings, implants, tongue splitting, and all the other procedures generally accepted by the body modification community.

Ok, this is a pretty gory entry. I apologize for that. But I think it’s important to emphasize that when you do large scale scarification (or sometimes small scale), sometimes the keloid grows out of control and starts getting very uncomfortable, restricting mobility, and so on. This piece was only about a month old in the photos below (it was done by a “well known body modification artist” who’s gonna stay unnamed because that’s not the point of the entry) and the customer was quite unhappy and wanted it dealt with. 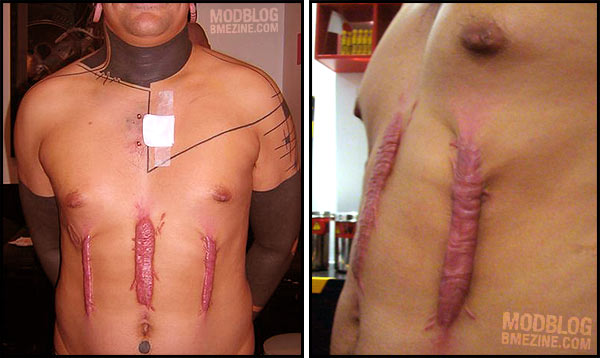 Samppa Von Cyborg and Lukas Zpira got together to help him as much as they could. They felt that all of it was cut too deep, and did their best to excise the tissue, although the centre keloid was not removed (I’m assuming it was adhered right to the cartilage at bottom of the sternum). Starting with some exploratory cuts: 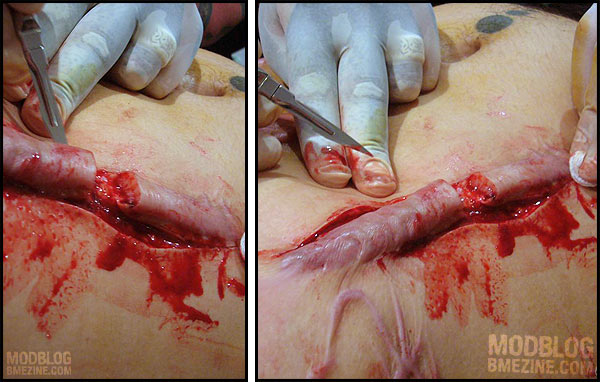 Mostly off and looking very gory: 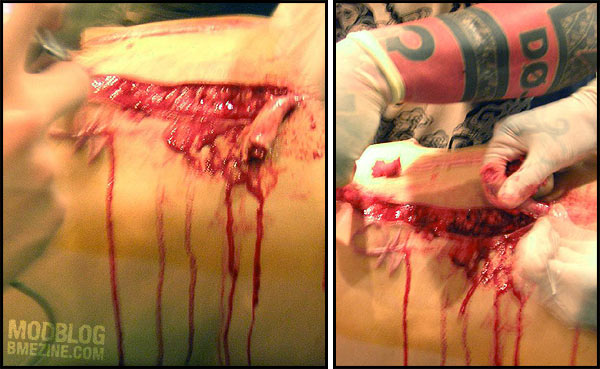 As you can see, quite a chasm of tissue was removed! Check out the fatty tissue below: 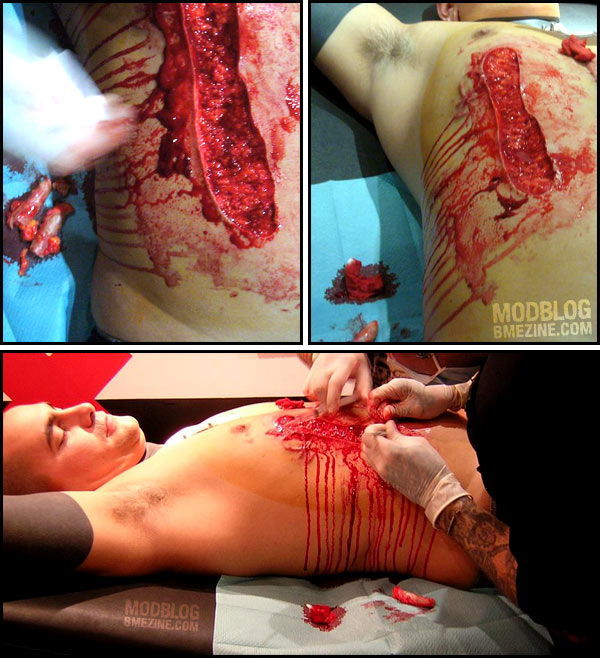 Once stitched up, I can’t imagine how relived and happy the customer must have been. It’s a pretty intense removal, and a lot to go through, but Lukas and Samppa did a nice job restoring him… Hopefully the removal doesn’t have similar keloiding issues (sometimes it’s a problem that snowballs). 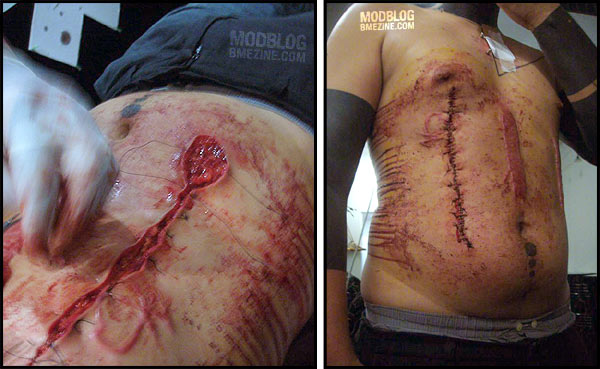 Finally, the gross out shot of the removed tissue: 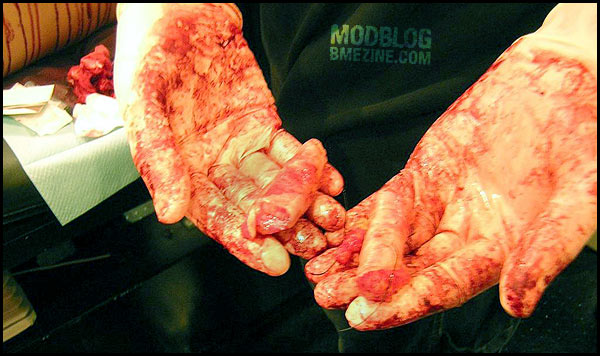 576 thoughts on “When scarification goes bad”