Following up on the amazing static rigging I posted earlier today, I want to show some more of the amazing work that’s going on in the suspension world — some just stunning technical suspensions have been done at recent SusCons around the world. I want to show you a couple of Lotus suspension variants first. I’m not sure what I should call this — perhaps a “patriotic suspension” because the pose is reminiscent of a WWII bomber art pinup, which I think fits nicely not just with suspensions but with tattoos because it’s a motif that is often seen there. This was done at Suspension MECCA 2012, and the photo is by Rolf Buchholz. 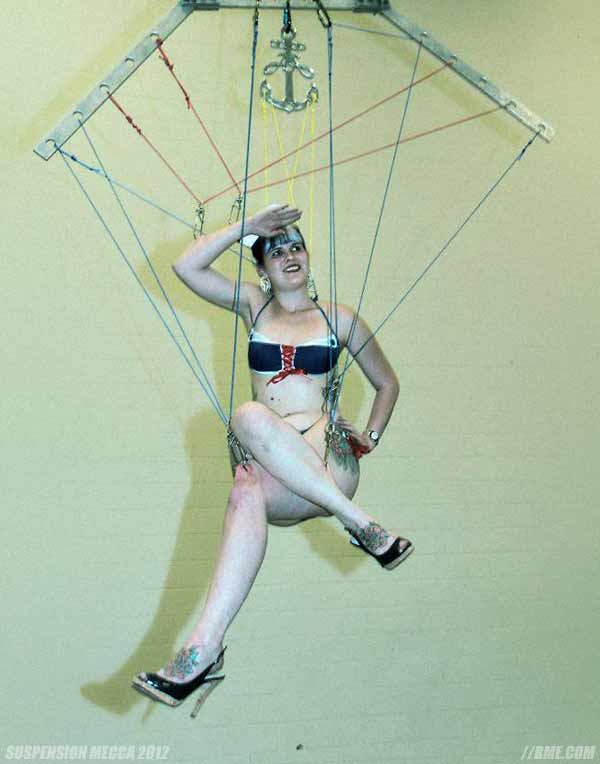 This next lotus variant is more difficult, and also beautifully executed, a double lotus with the bottom one inverted, as if it’s a suspeded reflecting pool or something. The left photo, of the rigging being done, is by Rolf, and the right photo is by Steve Joyner. You can also see the esteemed Havve Fjell (Wings of Desire) doing the rigging in the photo — it’s amazing watching the best minds in suspension get together to create these moments. Now what’s next? Rigging the guy on the bottom traditional lotus style as well, and tossing both of them in a building sized rotisserie? Why the hell not? 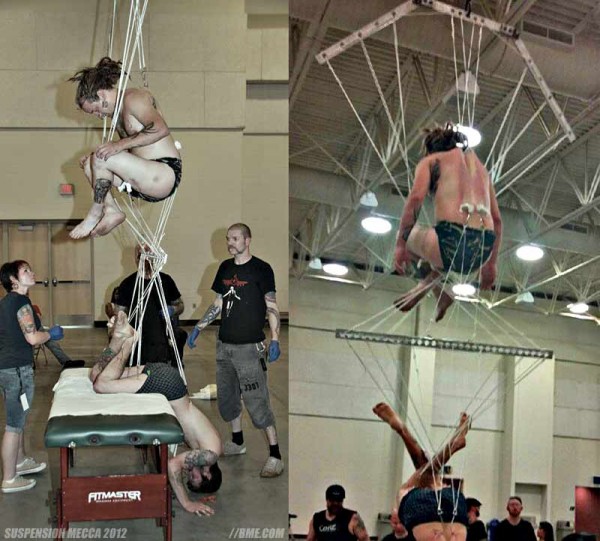 All that fawning commentary said, I wonder if there is a point where we throw up our hands in a mix of humor and despair and walk out of the room? I mean, can suspensions ever jump the shark? If the asstronaut suspension couldn’t do it (and gosh there’s some fun stuff in that link), how about what Andrii Panchenko calls an “ass duet”, which is just what he’s doing here with his friend, photographed about two years ago. 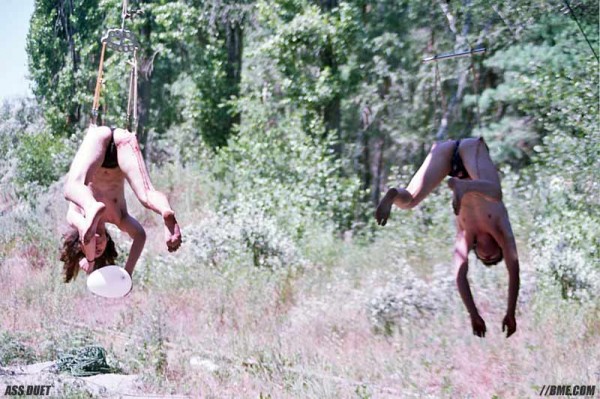 Well, after 20,000 years or so people hanging from hooks, I figure it’s going to take a lot more than this to knock it out of our genome. I mean look, hang a guy from just one hook, and even the strength of two big guys won’t tear him down it’s so awesome (photo by Rolf Buchholz, Suspension MECCA 2012). Never coming down, never!!! 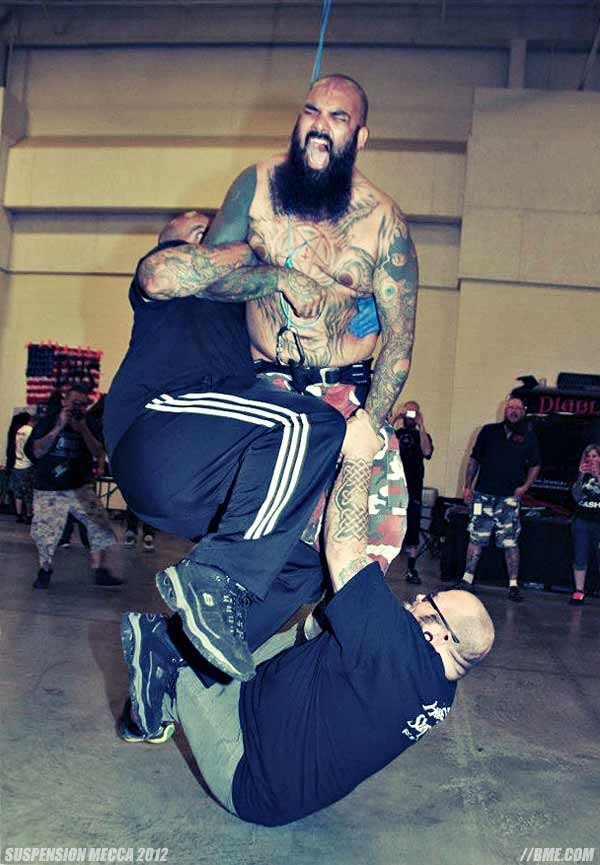