This entry was actually supposed to be in yesterday’s update, but I’m not sure why it didn’t make it. First I wanted to apologize for not having posted enough tattoo pinup guys here yet… I haven’t been putting them aside so my queue is limited, and to be honest, guys tend to send in more closeup pictures than portraits.

I also wanted to mention that Needled has mention up of Margaret Cho’s new tattoo (which may end up being Ed Hardy’s final large tattoo). Speaking of celebrity tattoos, another tattoo blog, literally TattooBlog.org, has mention up of Lindsay Lohan‘s latest tattoo, “Breathe” (she’s asthmatic). It kind of reminds me of my own “Stay Calm” tattoo.

While I’m talking about other blogs, I noticed two new tattoo and body modification blogs just fired up recently; first there’s TatTalk, and then there’s also My Body Story, both of which are currently styled as enthusiast blogs. There’s really getting to be a remarkable daily sites out there for people to read if they’re into all this! (So I don’t leave anyone else out of this entry, there’s also A&E’s InkedBlog and the news-oriented Modified News).

And, continuing in Needled synchronicity, thanks to IAM:blackrat, AKA Lucky Diamond Rich, performance artist and the world’s most tattooed person — slightly more tattooed (or a lot more tattooed if you count all the layers) than the folks listed as most tattooed by the out-dated text in the Guinness Book of World Records. Booo to them. 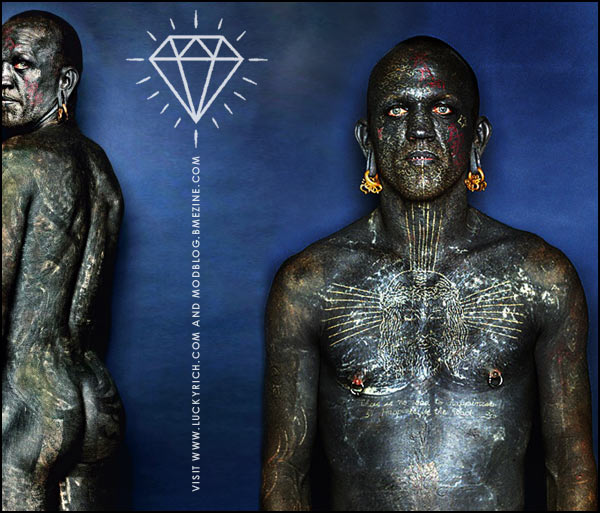 Anyway, I’m moving to a new house tomorrow, so depending on time and commitments and whether my cable Internet gets hooked up, it may be an extra day before I can post again.