Norm and I took a day trip to the Big Island of Hawaii to take a helicopter tour of th active volcano areas. There wasn’t as much active lava flow as we thought there would be but during the tour there were spots that would break open and expose the molten lava but by the time we’d swing around to take another photo, it would get hit with rain and cool down an turn black in seconds. It was amazing. 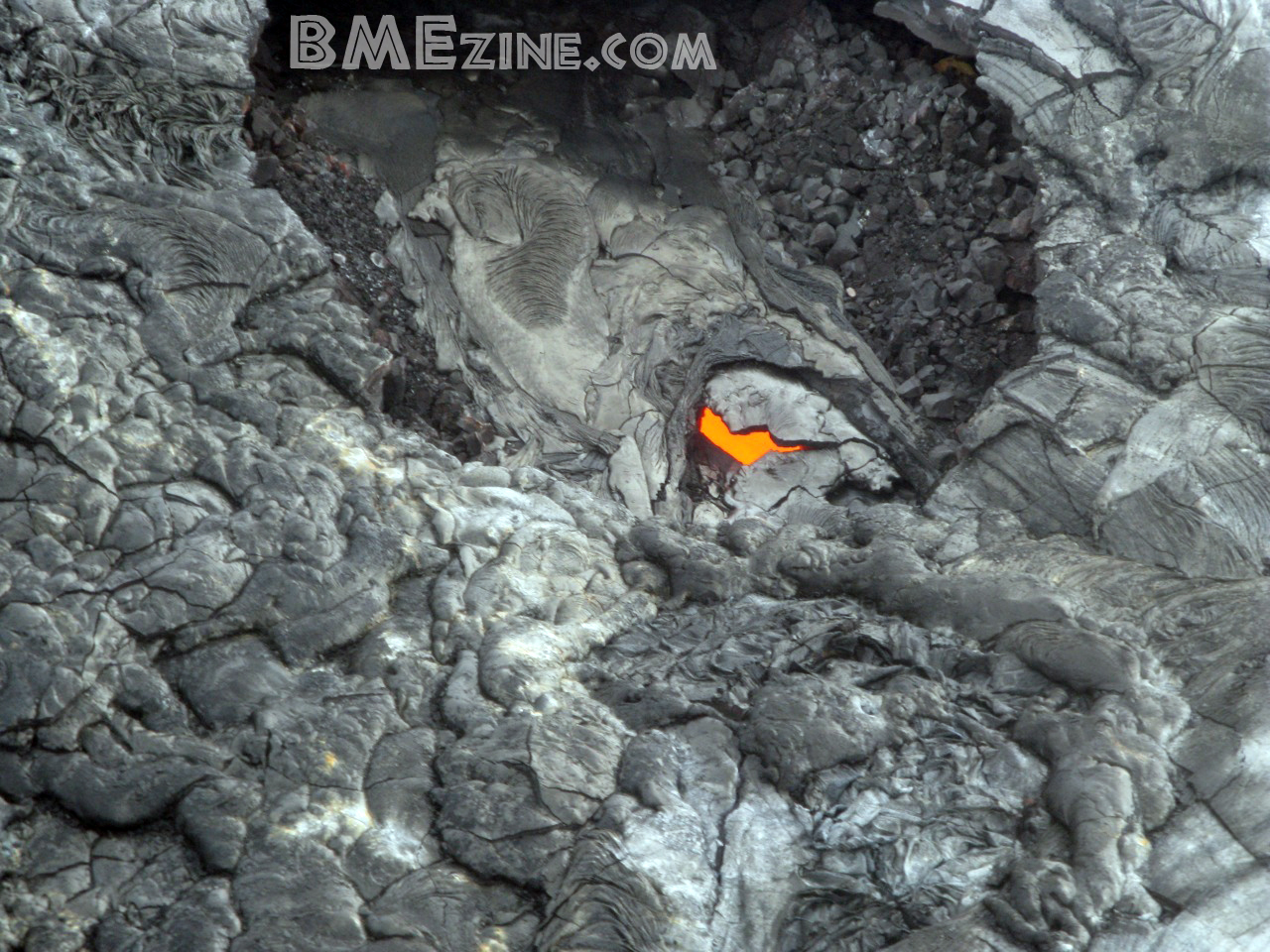 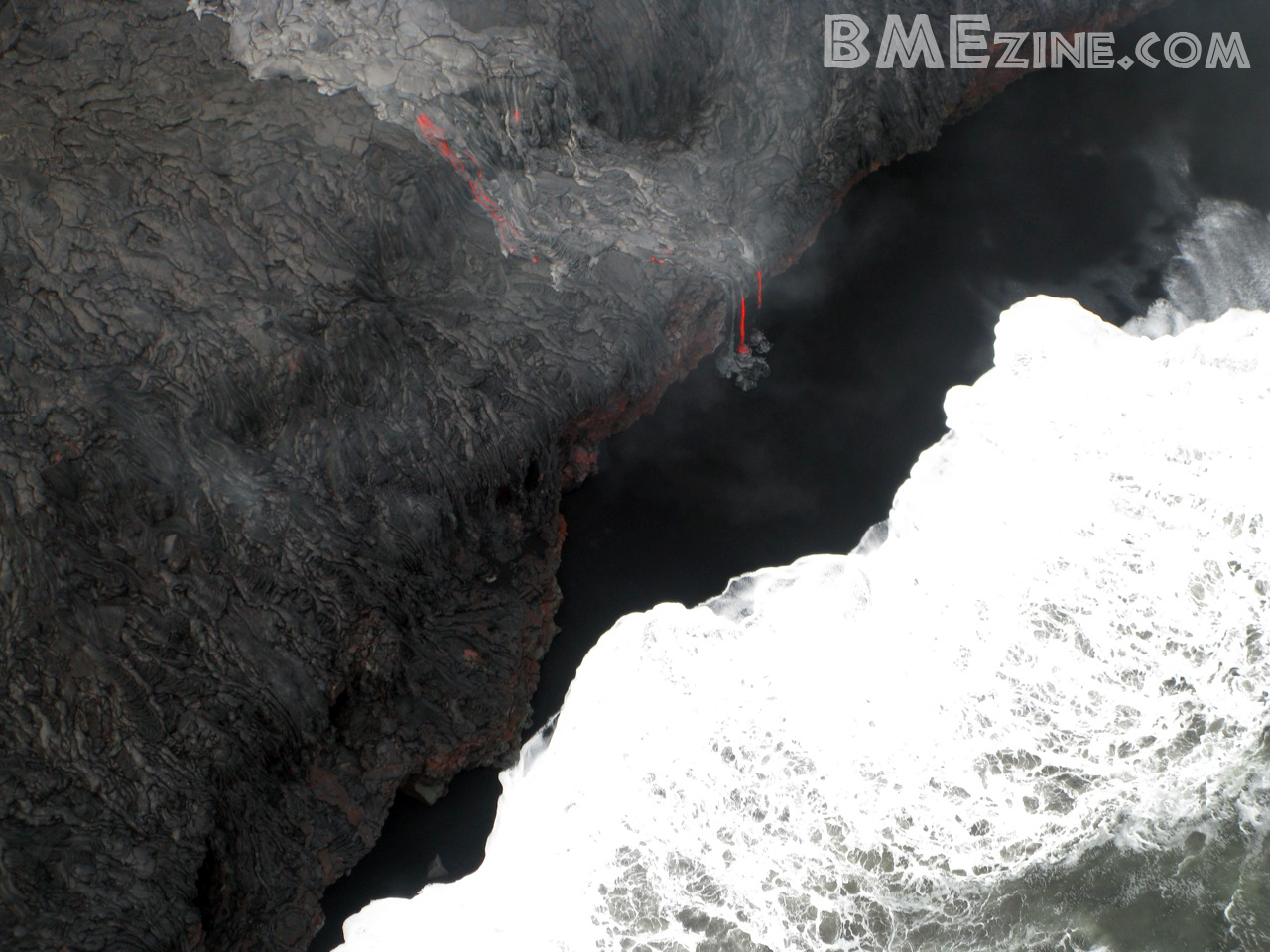 This is where the lava flows like waterfalls into the ocean. You could feel the heat from the helicopter. We flew in a helicopter with the doors off. It was insane. The pilot said that they claim the water can be as hot as a thousand degrees. The color changes in the water was amazing. It was like a rainbow of blue and green due to the varying temperature differences. 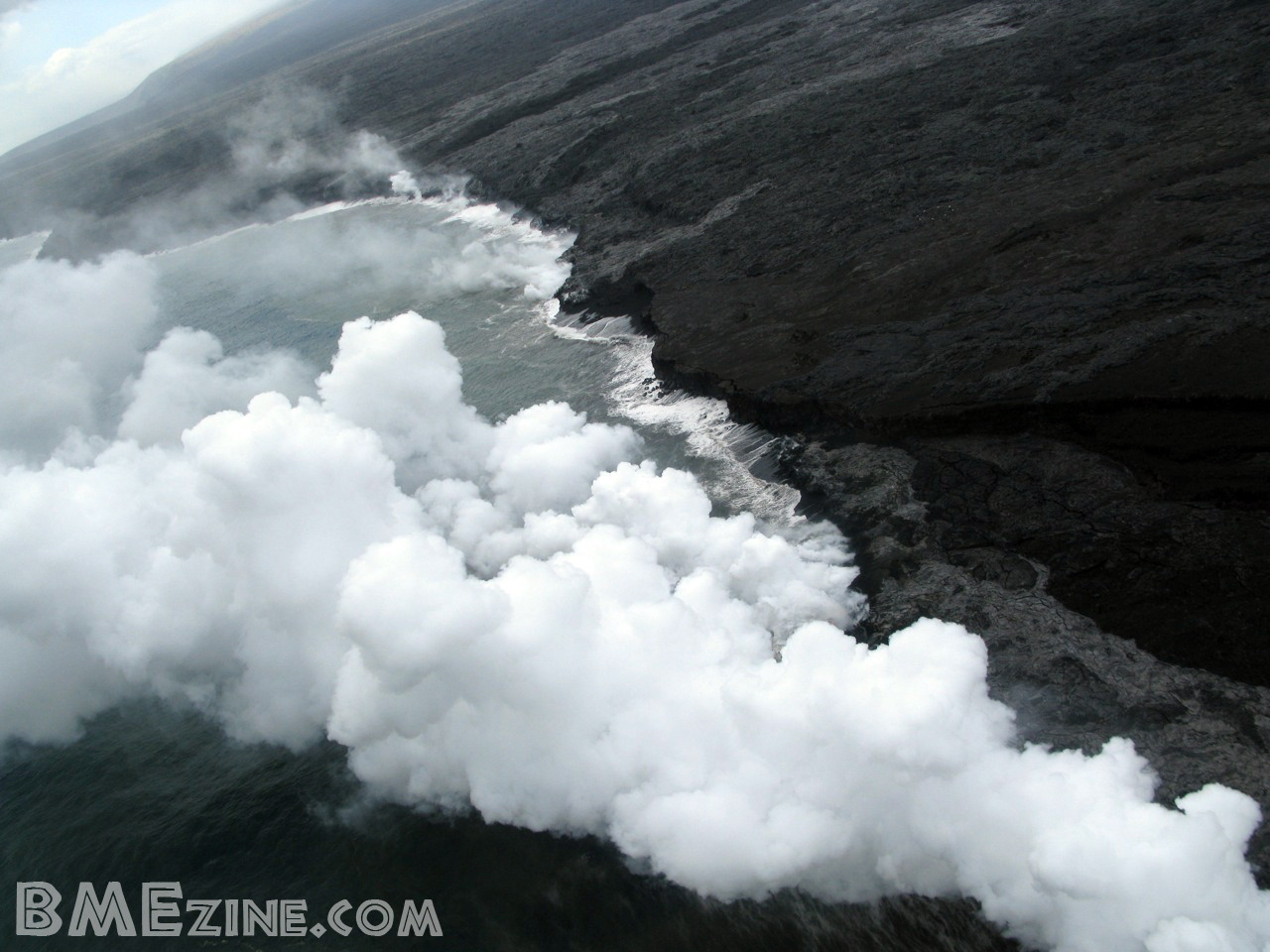 This is a plume of steam from the lava hitting the ocean. 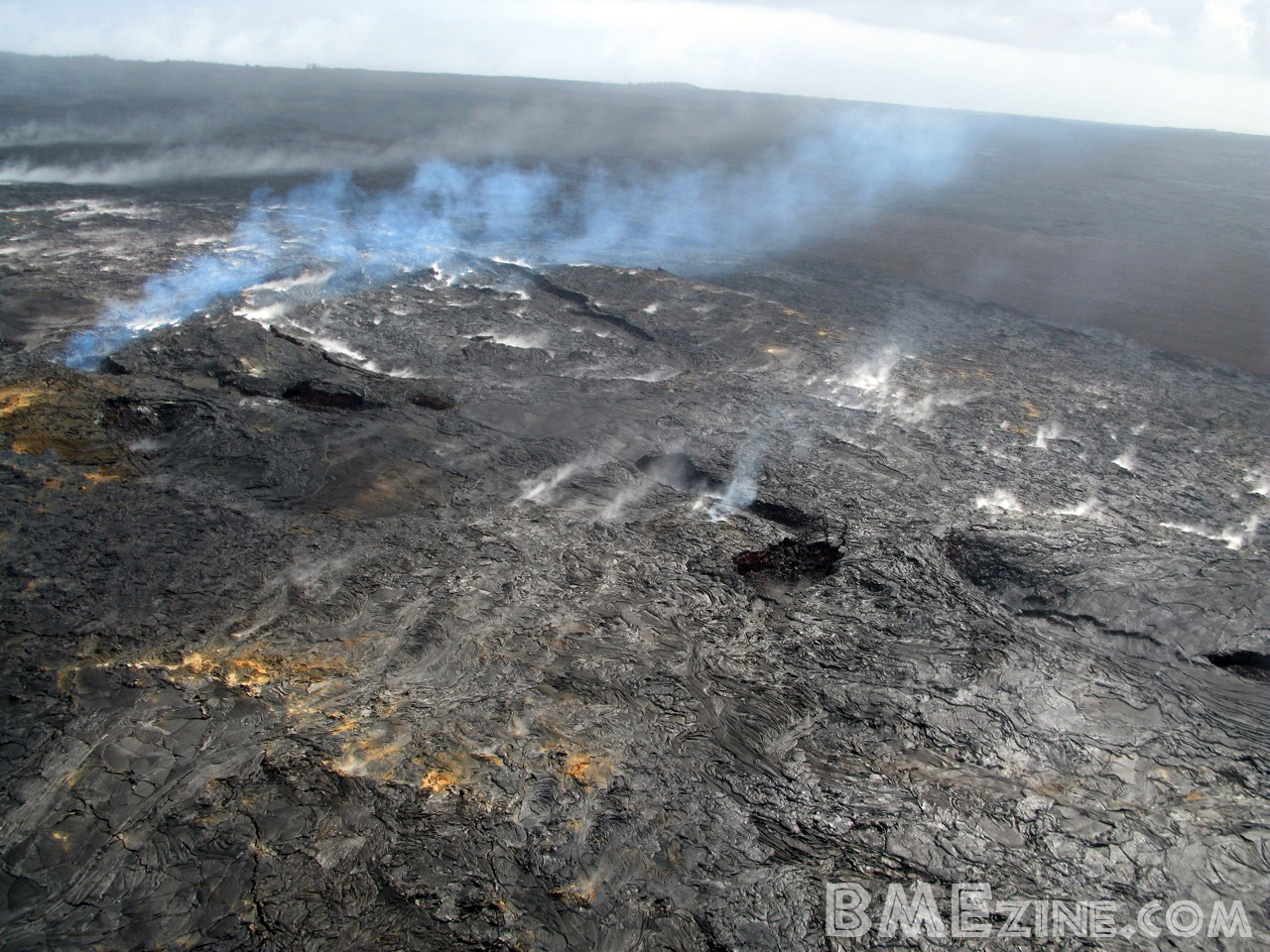 Toxic sulfur fumes leak through cracks in the surface of the cooled lava. 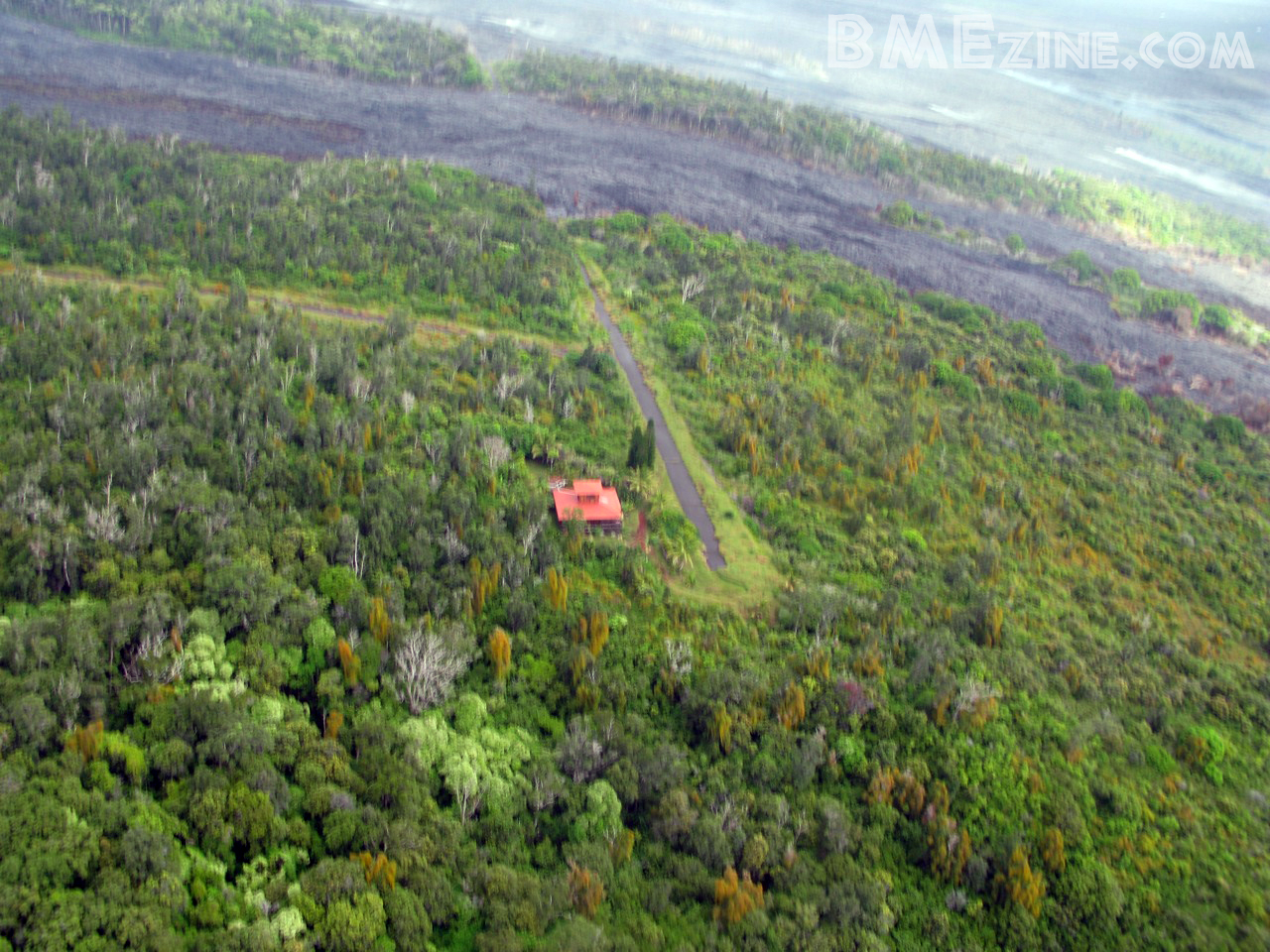 This is the only house left in a subdivision that wasn’t hit during the eruption in the 80′s which destroyed every home. The same person still lives there. He hikes out 2 hours to the nearest road and hitch hikes into town to get supplies. He has no running water, electricity or anything else. He doesn’t even cook on propane because he can’t get the propane back to his house. 2 hours of hiking just to get to a main road. It’s insane. The house is surrounded by lava flow. There is a black line of lava on the other side but this was the best photo I had of the house. We saw another area where they’d tried to rebuild. One house got rebuilt only to be destroyed completely 3 weeks ago. The other one only got the foundation finished which all you could see was six posts coming out of the lava. I’m not sure but I don’t think I’d go rebuilding in an active lava flow zone! 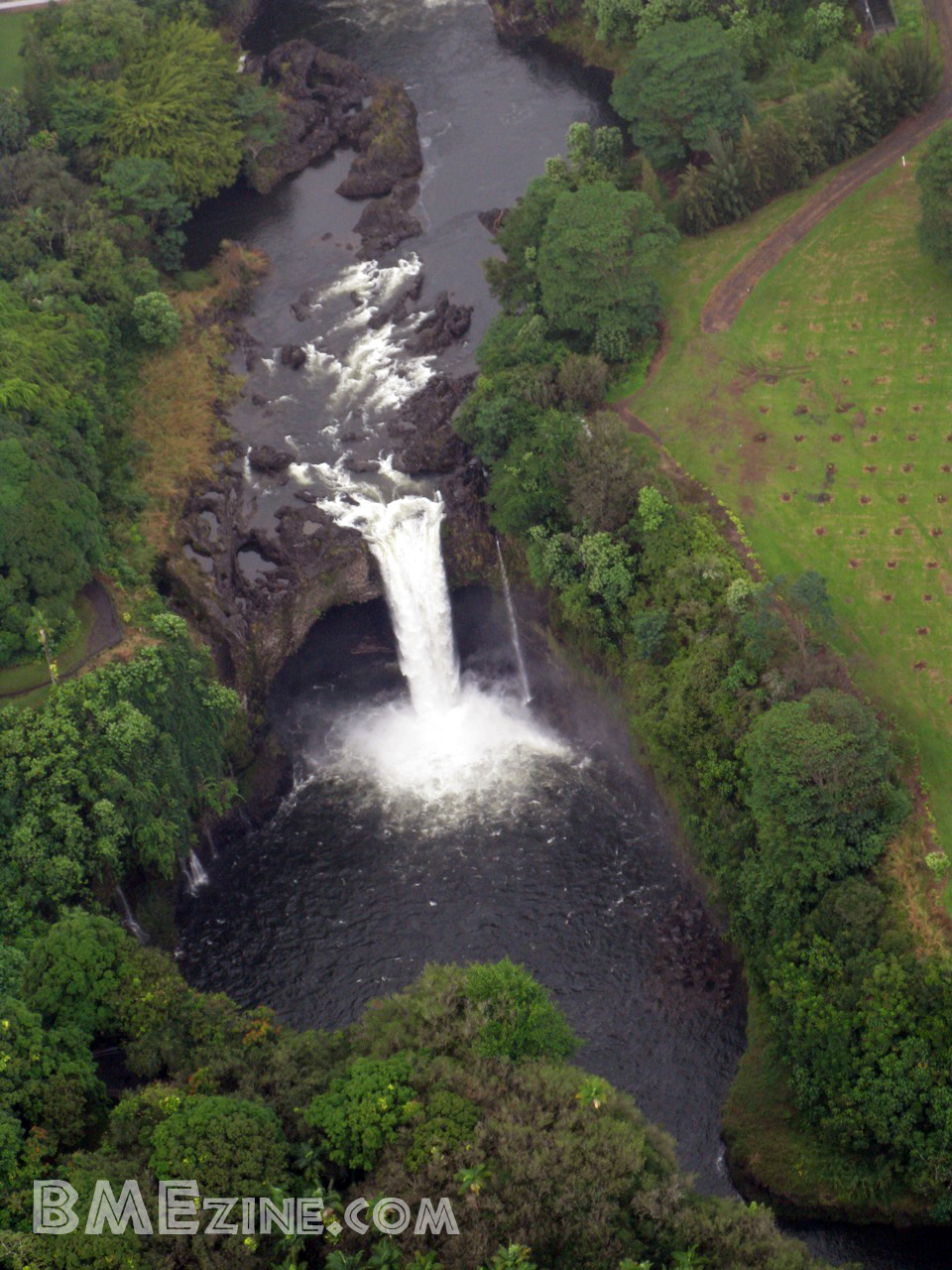 This is a waterfall just east of Hilo that we saw on the way back to the airport. All of the islands that we have been to are full of beautiful waterfalls like this. It’s definitely an amazing state. I don’t have any photos of us to stick in here as “mod content” but I thought they were cool enough to share anyway! Have a great weekend!