It turns out the half point suspension, as Cere dubbed it, is when you put a hook halfway in and let the pulling from the suspension finish the piercing. I asked Cere where this idea came from and he responded: 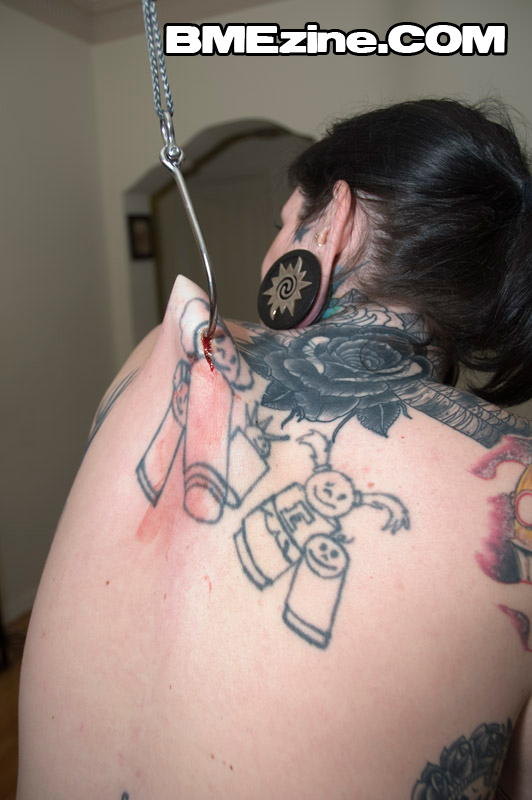 All pictures courtesy of Katie.

For more pictures and insights from this event, as well as the obligatory “don’t try this at home warning”, keep on keeping on.

Meg had already done two suspensions just the day prior, yet that  didn’t stop her from attempting this intense version of a one point suicide suspension. When I asked her about it, this is what she had to say:

This is a bad idea, and I wouldn’t suggest it. The feeling of the hook popping through was disgusting. There were two stages of popping- the first one was really odd, because the hook only shifted internally, and it felt so gross it made me gag a little. the second shift, when the hook actually broke through, was an audible RIP, but more than hear the sound, I felt it. Everyone else heard it though, and cringed. haha.

I swung hard on it both before it came through, and after, and the comfort level really wasn’t that different, however my confidence level was. Once it was through, Cere saw I wanted to keep going and just laughed at me. 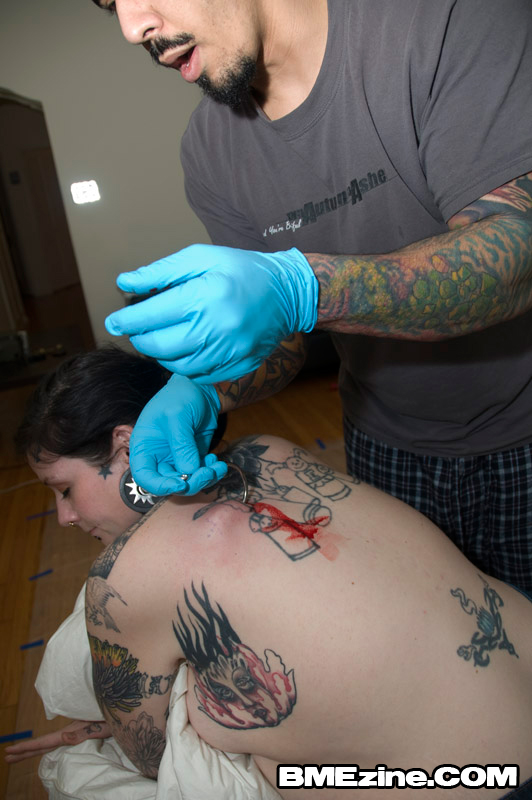 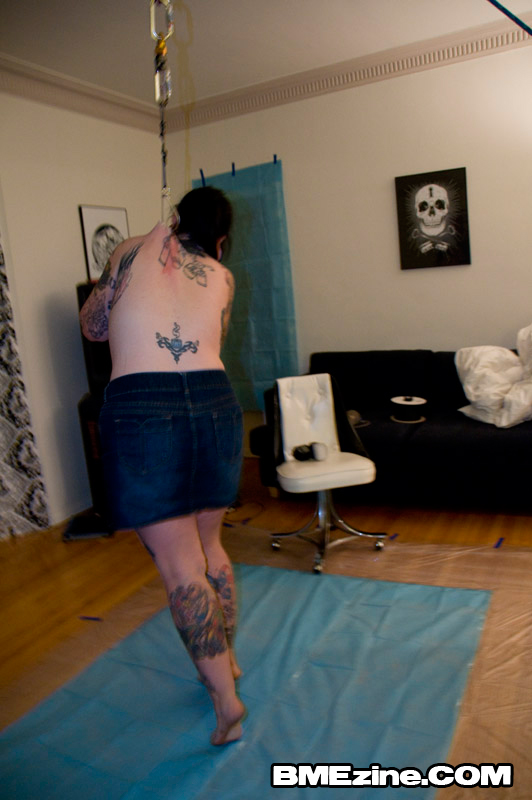 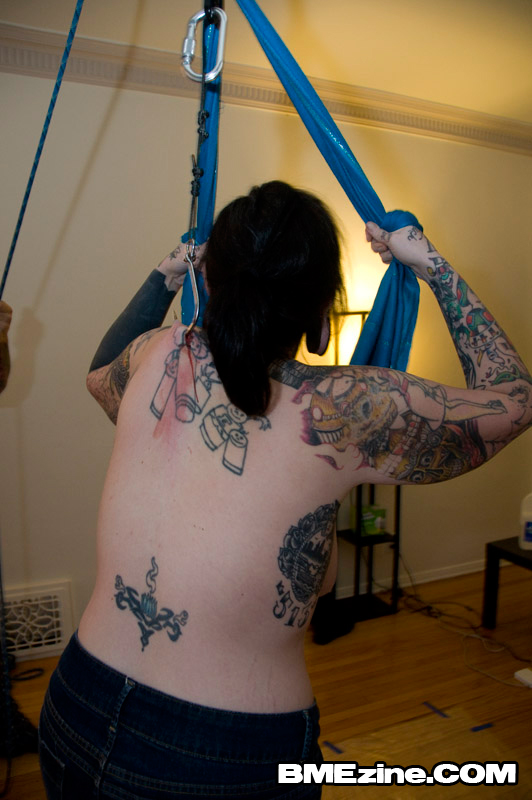 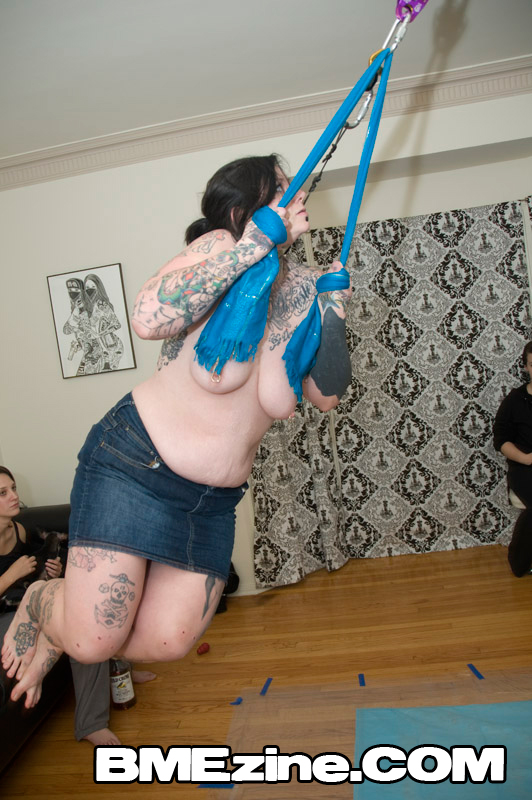 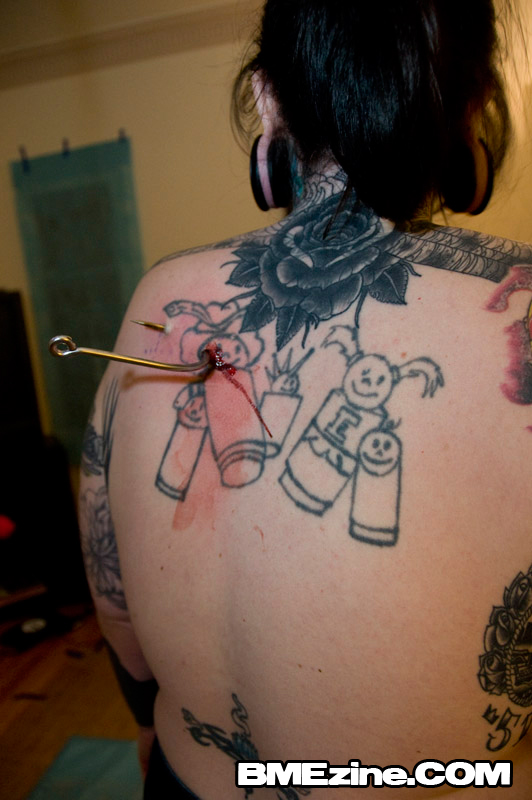 Upon further investigation, Cere found out from Allen that a suspension of this type was performed by members of TSD way back in the day. To which Allen adds “It isnt really a good idea”.

54 thoughts on “Half point suspension”