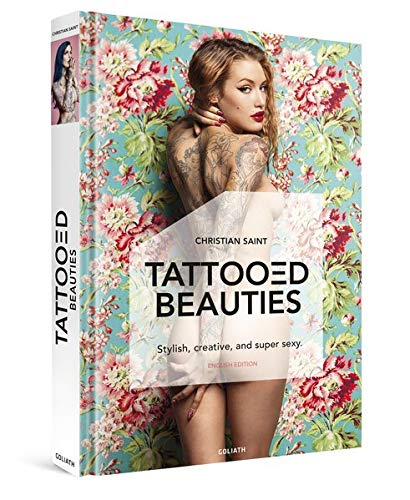 Star photographer Christian Saint’s best book yet. Perfect photos, masterfully produced with 50 of the world’s most beautiful tattoo models. The photo book shows lots of naked flesh, together with the most ingenious tattoos.   Five stars each for the best photographer, most beautiful models, and most creative tattoos! Stylish, professional, and super sexy. 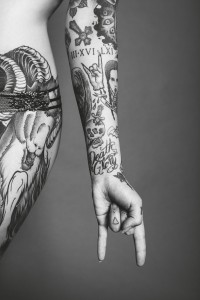 (Click for the rest of the press release. NSFW!)
END_OF_DOCUMENT_TOKEN_TO_BE_REPLACED

What will you be watching on TV tonight? BME was sent the following promo for a new tattoo show:

“Dave Navarro is known worldwide for his musical talents, but he’s also well-known within in the tattoo community for his incredible body art,” says Sharon Levy, Spike TV’s executive vice president, original series and animation. “Dave’s ultimate respect for the art and culture of tattooing makes him perfect for this series.”

An estimated 40 million Americans have at least one tattoo somewhere on their body. So who is the country’s preeminent tattoo artist? “Ink Master” is the first-ever tattoo competition series featuring some of the nation’s top tattoo artists on a quest to determine who is the best at their craft and who will win a huge cash prize. Throughout the competition, the artists battle it out in various tattoo challenges that test the artists’ technical skills and on-the-spot creativity, where they must create and execute an original tattoo on command and be judged by a panel including Navarro, tattoo artists and experts Chris Nunez (“Miami Ink”) and Oliver Peck (Elm Street Tattoo).

The tension and stakes are high in “Ink Master” as the artists not only face the judges, but also the opinions of their ‘human canvases.’ The artists will have a wide variety of clients to deal with, ranging from tattoo virgins to connoisseurs with a full sleeve of body art to those who want to cover-up a prior tattoo misstep. The masterpieces created on these ‘human canvases’ will last a lifetime, but so will the mistakes. Satisfying the individual whose skin now bears the artists’ handiwork will be a major element in determining the victor.

The winner of “Ink Master” will win a $100,000 cash prize and a feature in Inked magazine, the preeminent magazine covering tattoo culture, art, music and fashion.

With his six-string skills best described as a merger between heavy metal, psychedelia, and modern rock, Navarro is one of alternative rock’s first true guitar heroes. Best known as the guitarist for Jane’s Addiction, the band recently released the new single “Irresistible Force” off their highly anticipated album The Great Escape Artist that debuts worldwide on September 27.

Nunez, 38, is of Cuban descent and grew up in Miami, FL. He entered into the realm of tattooing after beginning his career as a graffiti artist. At 21, Nunez packed his bags for a short trip to Brazil and ended up staying for five years. He then traveled through Europe for three years, which enabled him to work with his favorite tattoo artists. The experience expanded both his artistic sense and his knowledge of tattooing. He was a star and fan favorite on the popular tattoo-reality series, “Miami Ink.” Nunez is a partner in Ridgeline Empire, a strategic multiplatform content and media corporation, which operates the subsidiaries Ink Skins and Upset Gentlemen and an animation studio with two animated series in development, “Hoodbrats” and “Toothians.” He is also getting ready to open a new tattoo venture to be based in his hometown of Miami.

Peck is an artist whose whole life revolves around tattooing. He began tattooing when he was just 19 years old in his hometown of Dallas, TX and has perfected his precise and traditional tattooing style making him one of the best and well-known ‘old school’ American style artists. In 2008, Peck inked his way into the Guinness Book of World Records when he completed 415 tattoos of the number 13 in a consecutive 24-hour period. He is one of the most traveled tattoo artists on the circuit, tattooing all over Europe including England, Ireland, Italy, Germany, Sweden and Norway and in the Far East, including Japan and Thailand. Peck is co-owner of Elm Street Tattoo in Dallas, TX and the owner of True Tattoo located in Hollywood, CA.

You can view a preview of the show, which airs tonight, here:

For those of you intending to check out the show, come back and let us know what you thought after it airs.

Happen to be in New York City right now? Then you may want to check this out! I was just sent the following press release and I’m sharing it with you: 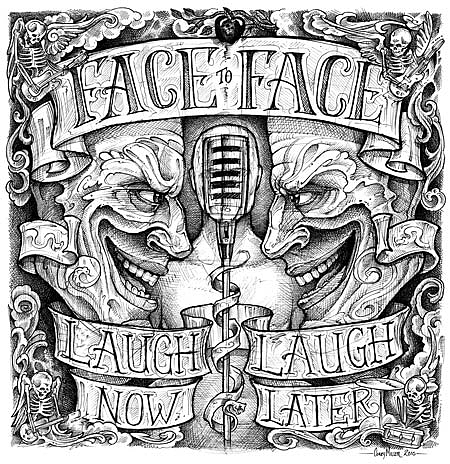 The band will be signing copies of their latest album Laugh Now, Laugh Later with MILLER who designed the album’s artwork. Meet the band and the artist, get your copy of the CD, vinyl and artwork signed and enter for a chance to win a pair of tickets to the Face To Face show that night at the Best Buy Theater!

Kings Ave Tattoo NYC is located at 188 Bowery (at Spring Street) in New York City. This event starts at 5pm.

And don’t forget to submit your photos to BME too!

The following press release found me and I’m passing it on to you.  If you’re lucky enough to live in the area or maybe you’re taking a trip to New York City, this is definitely a shop you’ll want to check out.

Check out some of the work by Mike Rubendall and Grez and the press release that follows after the jump. Be sure to check out their shop’s site for work by all of the shop’s artists. You won’t be sorry. 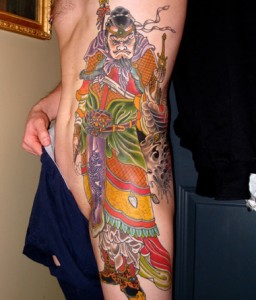 END_OF_DOCUMENT_TOKEN_TO_BE_REPLACED
BME/News and Modblog highlight only a small fraction of what BME has to offer. Take our free tour and subscribe to BME for access to over 3 million body modification related photos, videos, and stories.