So a little while back we got photos to BME from Steve Truitt of his girlfriend Kasja and a friend doing a “vagina pull” (a female pubic mound flesh hook pull). After seeing the photos, I wasn’t sure if I should be very amused, very turned on, or both! It’s not the first time that we’ve seen a pull of this kind (I think the first one took place at one of the Philly or NJ BBQs if I recall correctly), but Kasja and her friend looked like they were having so much fun that I had to talk to her about it. 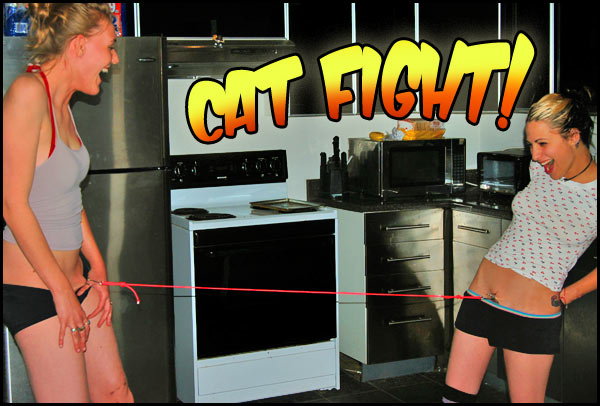 Shannon: Could you tell me a bit about yourself?

Kasja: I’m twenty-one, born and raised in New Mexico, and I’ve been into hooks and what-not for a little over four years now. I plan to keep on playing for as long as I live — I think it makes me a better person. 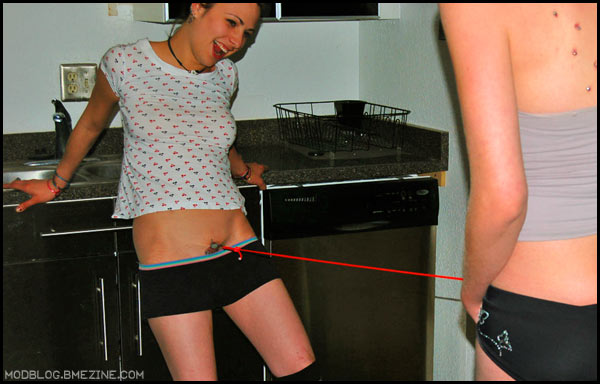 Shannon: What do you call this kind of pulling?

Kasja: Well, one day I was bored and thinking of places I could throw a hook into myself. I figured it couldn’t hurt too bad on the mound, so I started thinking of names for it — haha! Steve calls it a “vag tug” but I call it a “cat fight”… Tacky, I know… The first time it was just to see if it could be done; this was the second time, just for the amusement..

Shannon: What’s it feel like to be in a cat fight?

Kasja: The piercing is awesome! It makes my whole body pull into itself, and creates a swarm of butterflies in my tummy. I loved it. 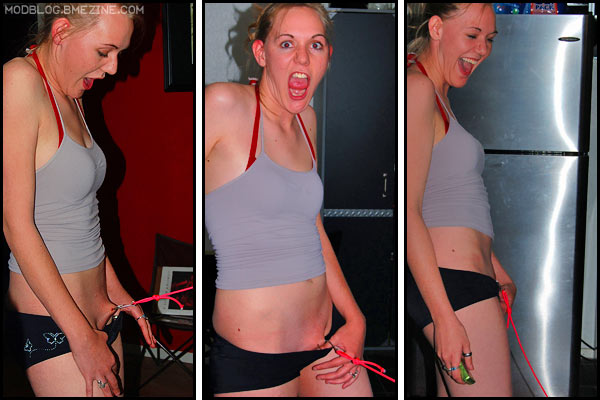 Shannon: It looks like you were both having fun…

Kasja: I was having a blast watching the skin pull away from the body. I though it was just too funny so I kept pulling but she ended up feeling sick.

Kasja: Pulling felt very awkward — not good awkward, but not bad. Almost sexy, had it been in a different situation. 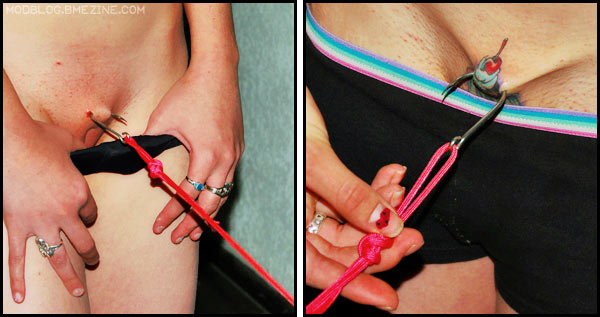 Shannon: So there could be a sexual element in a different scene? — I know there are definitely people turned on by the pictures.

Kasja: Both times I’ve done this, it’s always been in a joking manner. We’ve played limbo, and are thinking of a jump-rope competition! However, there could totally be a sexual sense to a hook in the snatch! It makes you weak and vulnerable, but totally in control at the same time. 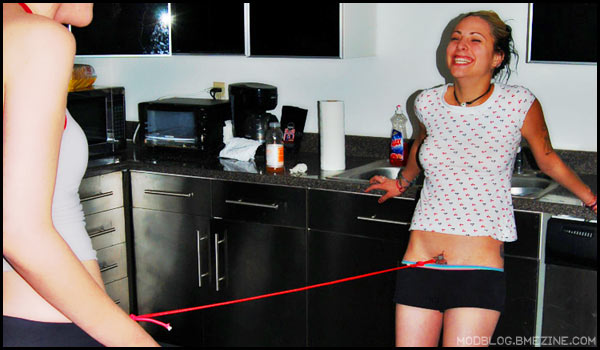 Shannon: And how did it feel the next day?

Shannon: Finally, any advice to girls who’d like to give this a try? 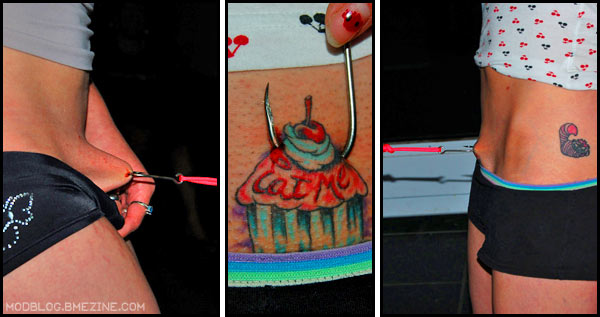