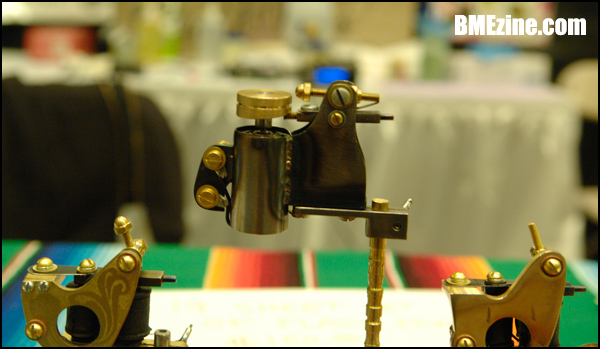 Well, the first day of Tattoo Hollywood (yesterday, that is) went off with nary a hitch! A solid Friday turn-out, plenty of great work and very few indications that there will be any sort of East coast/West coast dance-off at any point. After the jump, lots and lots of pictures. 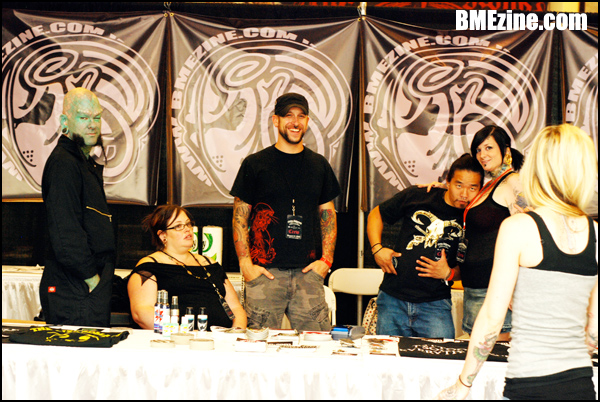 It’s the BME booth! It’s always nice to have friends stop by and work for free. 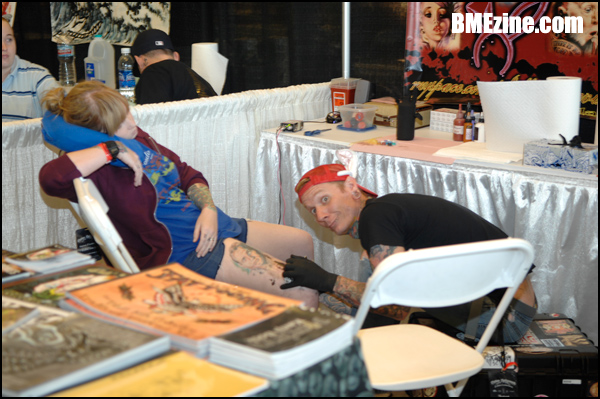 Here we have Aaron Is out of Bunny Brigade, who was apparently hit in the groin with a football immediately before this picture was taken, going to work on Melanie’s leg. 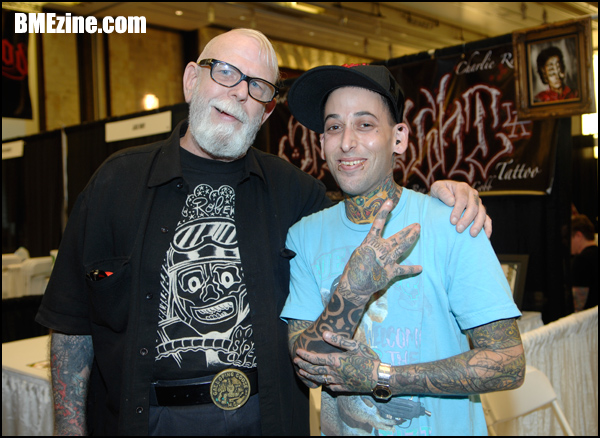 Bob Roberts and Norm, hanging out in the front of the Spotlight Tattoo booth. 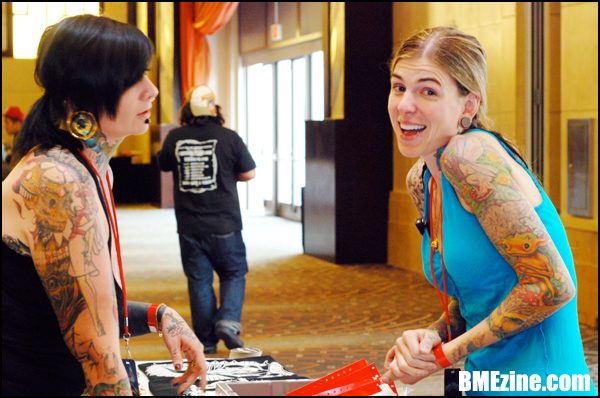 “Oh my God, are you taking my picture? I am so surprised! I was not expecting this at all!” 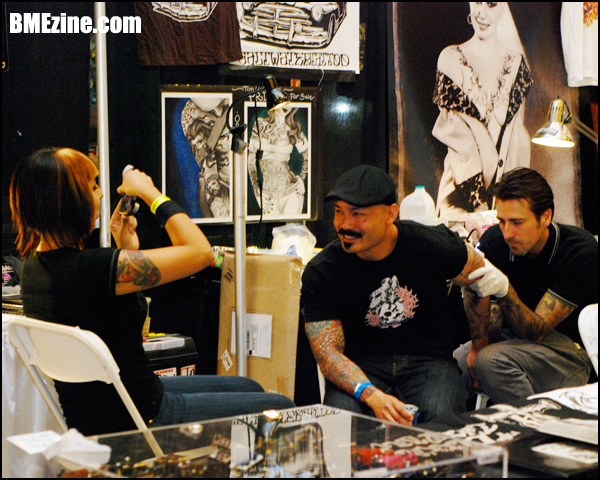 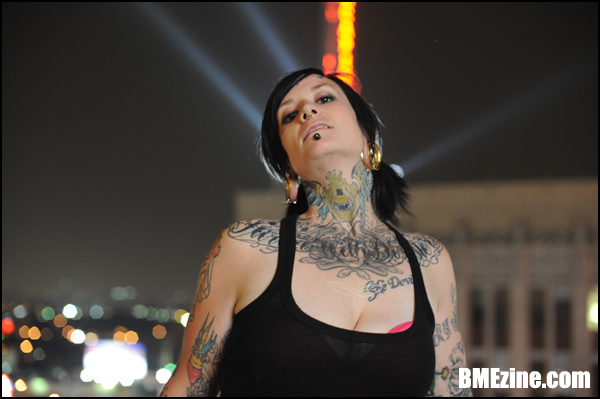 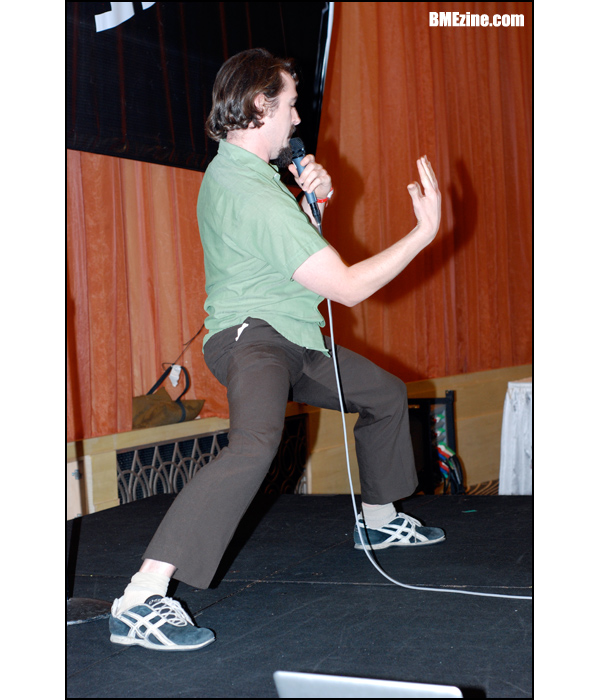 The entertainment for the weekend consists largely of our old pal The Lizardman and Joel Keith, pictured above. Earlier in the day, we’d overheard a member of the hotel staff say they hoped any comedy or performances would be kept PG-13. Joel, of course, took the stage and immediately launched into an Air Sex exhibition, which is like air guitar, but with slightly more imaginary semen. He was promptly arrested and thrown into the Sunset Boulevard gulag, forever. 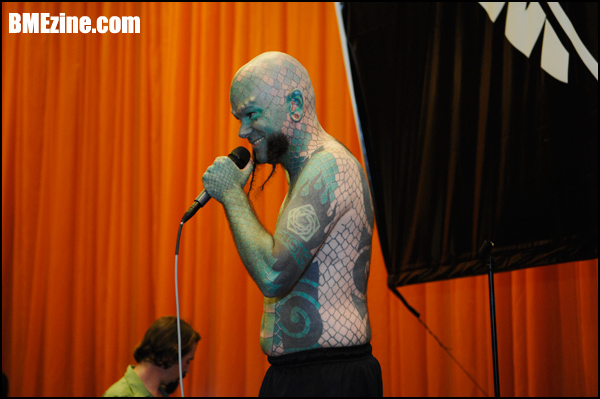 The Lizardman worked a little blue (and a lot green! Hi-oooo!) as well, but who can stay mad at a punim like this? We hadn’t seen his act in quite some time, but his transition from straight sideshow into a more comedy-heavy act seems to be working out well. I wish I had a rebuttal to his argument that, when it comes to George W. Bush and Nickelback, Canada currently has more to answer for on account of the latter still being active while the former has been put out to pasture, but I just don’t. Goddamn you, Nickelback. 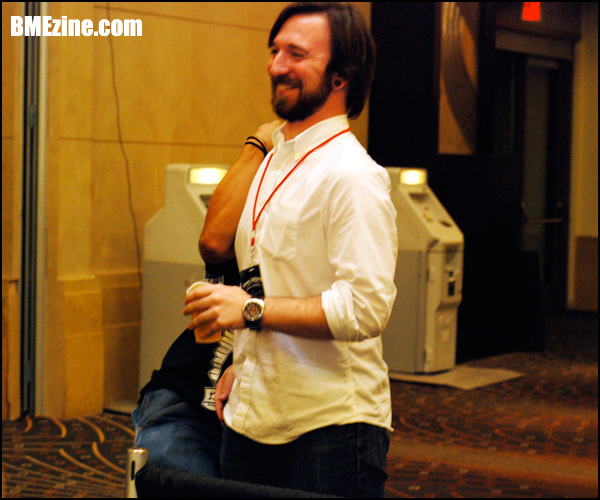 And then, of course, there is your editor, who typically ends up being the entertainment for the entertainers. Whether it’s our utilitarian Gap button-down shirt or Young Republican hair cut, The Lizardman seems fairly convinced that we’re a narc, and so Dr. Ho attempted to rattle us by vigorously humping our leg. We just stood there stoically, dying a little on the inside with every passing second. 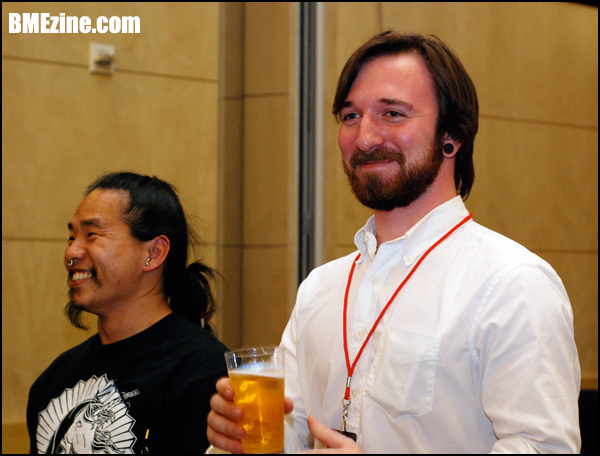 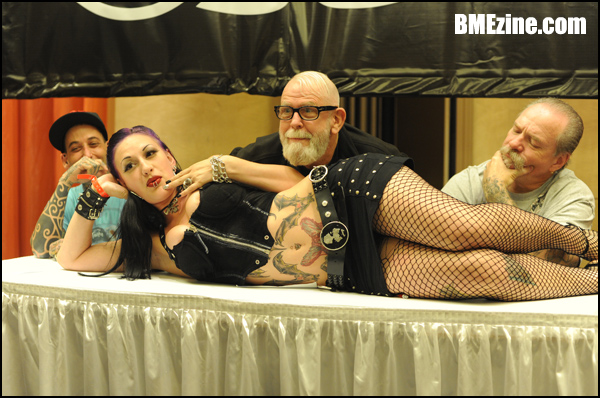 And what would a convention be without a little friendly competition? Here, of course, is the judges’ table. It’s good to be a judge. 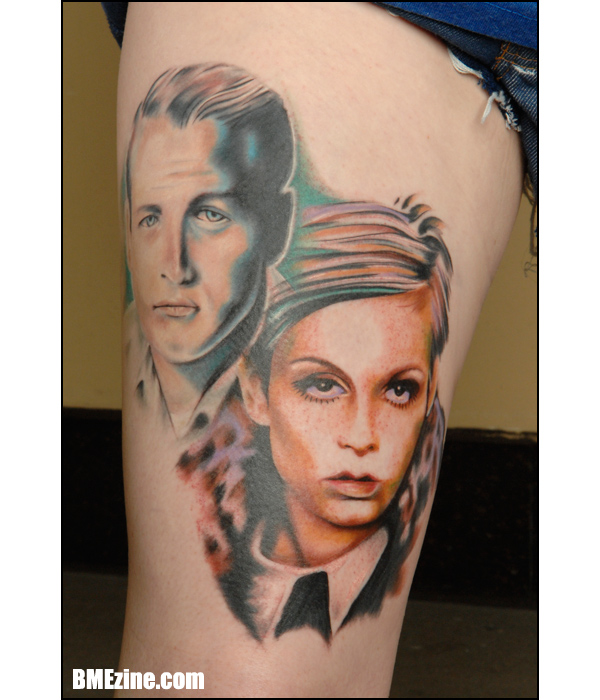 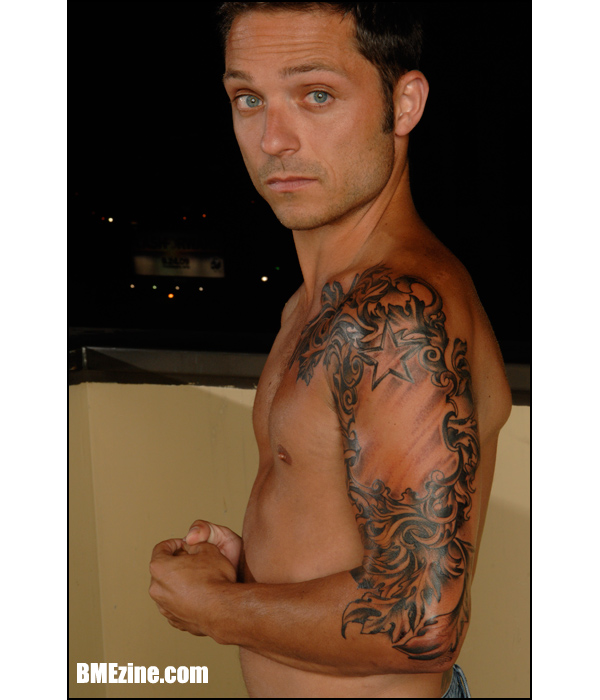 Here we have Jameson wearing a piece by Grant Cobb out of Spotlight Tattoo. 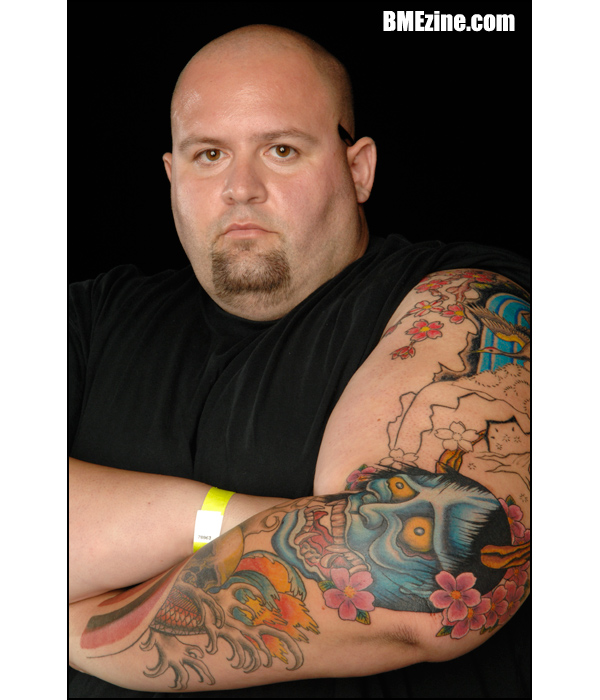 That’d be Nick with fresh work by Brian at Tattoo Gallery in Huntington. 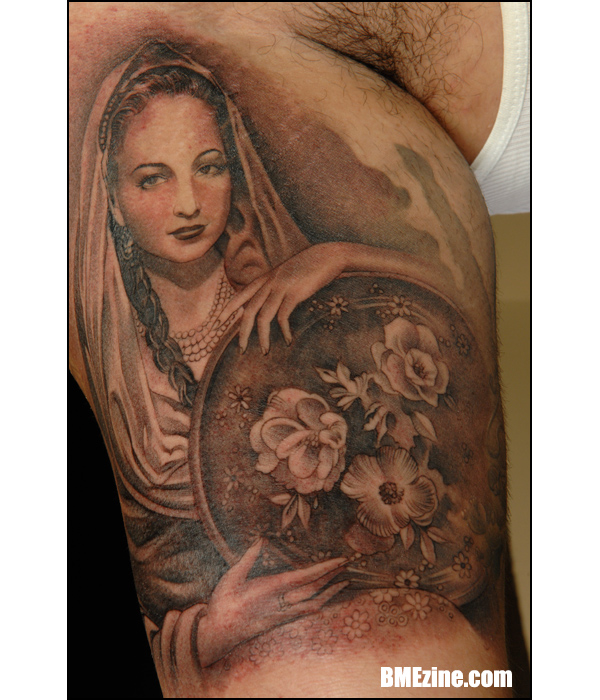 And finally, Dareo’s brand new piece by Klown at Lifestyle.

We’ve got much more coming, so keep checking back!

All photography by Phil Barbosa, Thaddeus Brown and Jen Savage.

Tattoo Hollywood, BME’s first tattoo convention, is going on right now in Los Angeles from August 21-23, featuring contests, prizes and some of the best artists from around the world! Click here for more information.