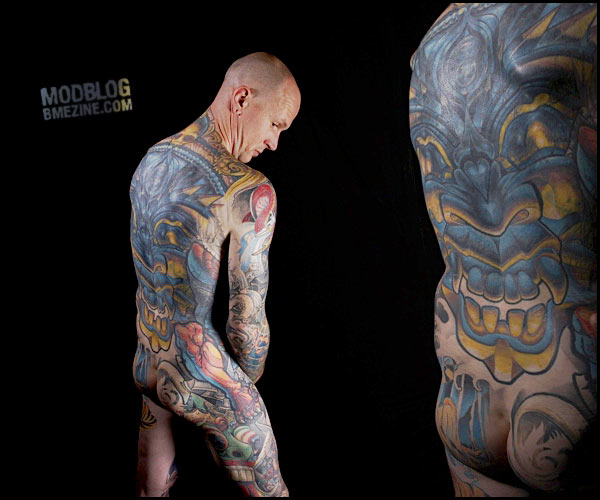 Does this guy look familiar to you? He should, he’s appeared on ModBlog before. Gregory has been an IAM member for a long time. Some people love him. Some people hate him. I know he and I have had our share of head butting. One thing is for certain, Gregory is an incredibly talented individual.

Gregory makes jewellery. He told me that the majority of what he makes is body jewellery but he also makes some of the most beautiful rings I have ever seen. If I had a boyfriend, I know what I’d be asking for. 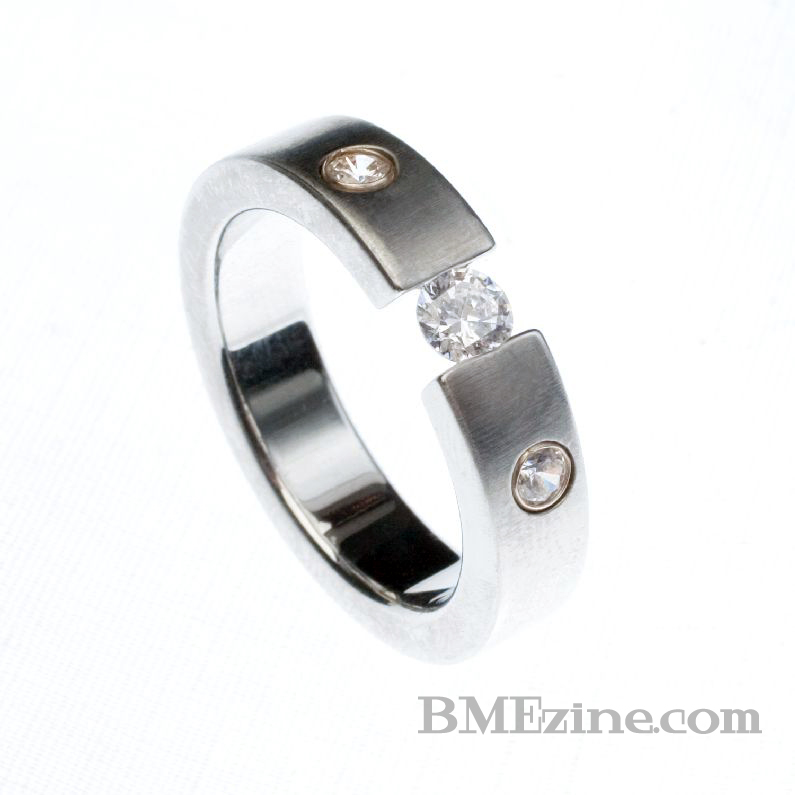 I asked Gregory how he got started in the jewellery making business:

“I really got my start back in ’94 when I worked at Next Body piercing here in Vancouver. I started out just like everyone else really, by being the counter guy, and moved on from there. The job was by total luck too. I was killing time waiting on a girl to meet me and I waked in off the street. Fogg ended up hiring me on the spot.

I worked there until ’98 when I was fired so that Fogg could have his girlfriend work there. If it was not for Fogg and his girlfriend, I would have never been able to get my start in jewelry making. After being fired from Next, I bought ownership in Stigmata Designs in Vancouver. My partner at the time was Steve Symons whose partner Neil wanted out. Steve never really liked me even though at that time we only ever saw one another at shows and shit. We ended up taking on a third partner and worked like that until Stigmata closed down. When I first started working with Stigmata, I was in the polishing room full time and was right at home there. I would polish so much back in the day , I would end up polishing away the tips of my fingers.

I ended up being the polishing guy for all most a solid year before I started to make jewellery. Steve was a total hard ass about letting me anywhere near a machine. Then, I think the very first thing I was responsible for making was 1.2mm thread along with 0.80 thread. From there, I was off to the races so to speak…

Steve really is the guy responsible for everything I know about the industry and the people too. Back in those days we could sell a 14g 3/4 inch barbell for 20 bucks wholesale. Back then there were only half a dozen companies making high quality jewelry. Plus, at that time, Stigmata was the only company in Canada making internal threaded body piercing jewelry. There were a few others back East but I am pretty sure we were the only ones at the time. As the company got bigger and things got better for the industry we got slack and instead of going into the world of CNC we did it the old fashioned way. We made a lot of mistakes like having clients owe us 40 thousand dollars and shit like that. But from 1998 until 2004, Stigmata was my home away from home. I loved that place and still have great memories.”

I confess, I know nothing about making jewellery or how one becomes a jeweller, so I asked Gregory to tell me how he learned the craft:

“I was taught everything I know from Steve and he was self taught. I am not a book smart kind of guy, I need to see it and touch it before it sinks in. I took some classes two years ago at BCIT for MasterCam and Solidworks. One is a CAD program and the other is a CAM. CAD stands for computer aided design and CAM is computer aided machining. I really only have a basic understanding in both and the rest has been a ton of trial and error. Let me tell ya, there have been a lot of fuck ups on my part, but really, all it takes is one mistake and I correct the problem.”

This sounds complicated to me! I wondered about the appeal. I asked Gregory what he loved about his craft:

“I really had no plans back in ’98 to start making jewellery; it kind of found me I think. At the time, my life was all about the next weekend and the next party. What I like about making jewelry with my own two hands is that I can see it go from raw form to finished product and I can take pride in the fact that I did it. Now with making conventional jewellery, it really has become a new life for me. Plus after making tens of thousands of curved gem navel bars, I am over it really. A lot of piercers just want it cheaper and cheaper and yet still charge the same as they were back in ’98. I still have alot of old I.SA and Anatometal price sheets along with my own prices. I have seen those prices go from 20 bucks to 5 bucks for a straight 14g barbell. Yet the piercing fee is still 30 bucks for most shops and has been for 15 years.

Because of that, a lot of very good companies have called it a day. Plus the industry is no longer the family it claims to be and too many piercers act like they are king shit. I still love making body piercing jewelry but only for a few clients these days. I am not one to kiss ass and a lot of piercers just don,t like me and my mouth.”

“The very best part about making jewellery is the phone calls and the e-mails I get from people telling me how much they like what they have. To hear from someone who has gotten an engagement ring from me and they post a picture and I can see the smile on their face, it really does make me happy when I see that. Lately, I have been digging a lot of my new stuff and other people are saying the same. Plus, I also have clients in Vancouver come down to the shop and I let them make rings for themselves. To be able to make something and give it to someone you care about is pretty special. Anyone can buy a really expensive ring, but no amount of money can compare to making it with your own hands to give to someone. Most of the time, I stand close to them and guide them through what needs to be done.”

Suddenly I wish I didn’t live so far from Vancouver. My final question to Gregory was whether or not he had any special stories to share. I thought I might get a funny anecdote but instead I got what is surely a lesson in strength and living:

“This may not be a funny story but it is a life changing moment. May 12th 2005, I had a really bad motorcycle accident on the Granville Street bridge. I don’t remember a thing but this is what I have been told, by the police and by my family.

Around 6:30pm, I crashed my bike doing 140km on the off ramp at 4th Ave. I ended up spending three and a half months in the hospital. I spent the better part of almost two years getting things back to normal. I should have died, but cops always say that stuff don’t they? I broke
a lot of bones and did a lot of damage to my head. I lost a lot of the mobility in my left arm due to the nerve damage. But, without a doubt in my mind, it was the best thing to ever happen to me, hands down. It has opened my eyes to a lot and it as changed me for the better in so many ways. I have been asked to do public speaking for I.C.B.C in Vancouver and GF Strong rehab hospital. When I have gone to speak to someone at the hospital, I try to do what I can for them and let them know that I am there to help them as much as I can. I tell kids at schools about the dangers of racing a motorcycle on the streets. If one person listens to me and they don’t hurt themselves or anyone else, then I have done something to help my fellow man. I really believe that it was my karma and that it was sign for me to try and help others out. This accident was a very good thing for me, as odd as that sounds.”

To view more of Gregory’s work or to order your own custom piece, visit his sites Infinite Body and GregoryCullum.com. 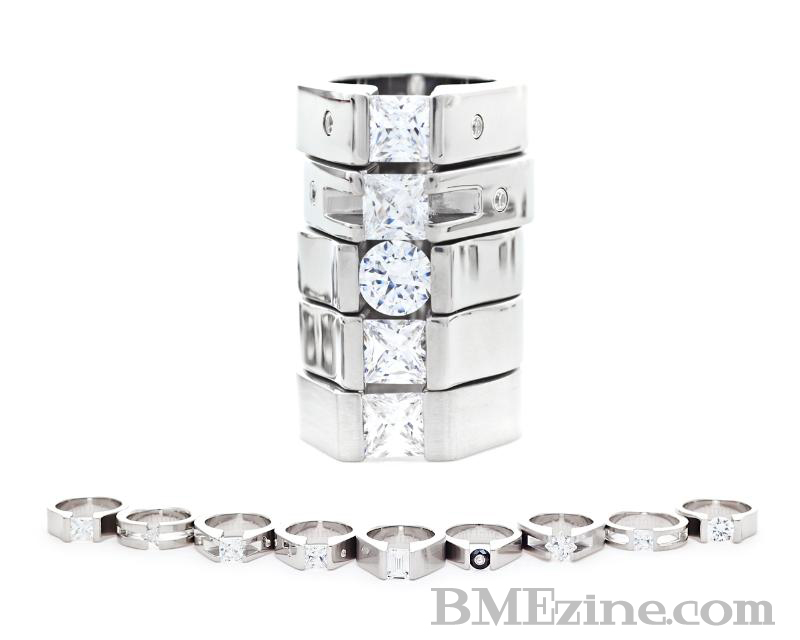 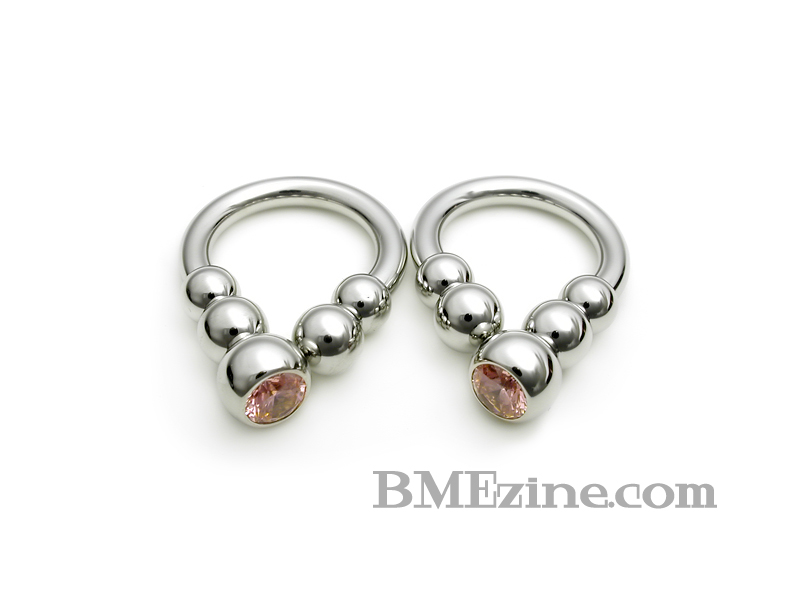 Gregory’s beautiful custom BME plugs can be purchased from BMEshop. 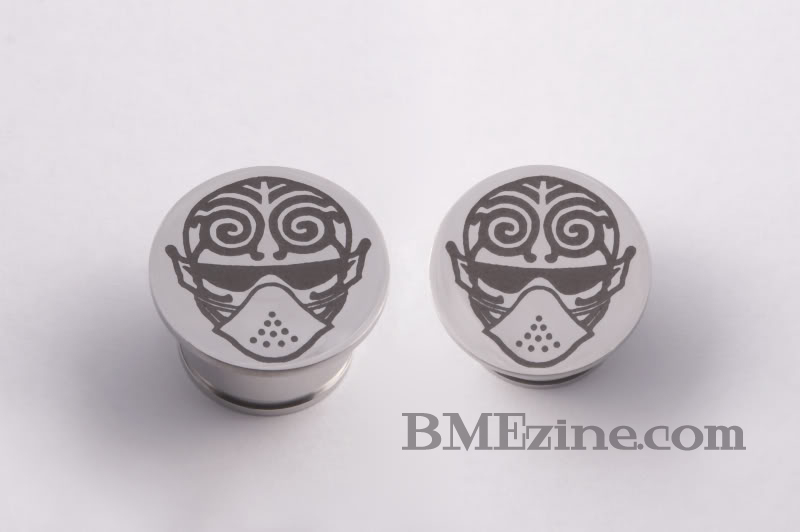 16 thoughts on “That which does not kill us.”