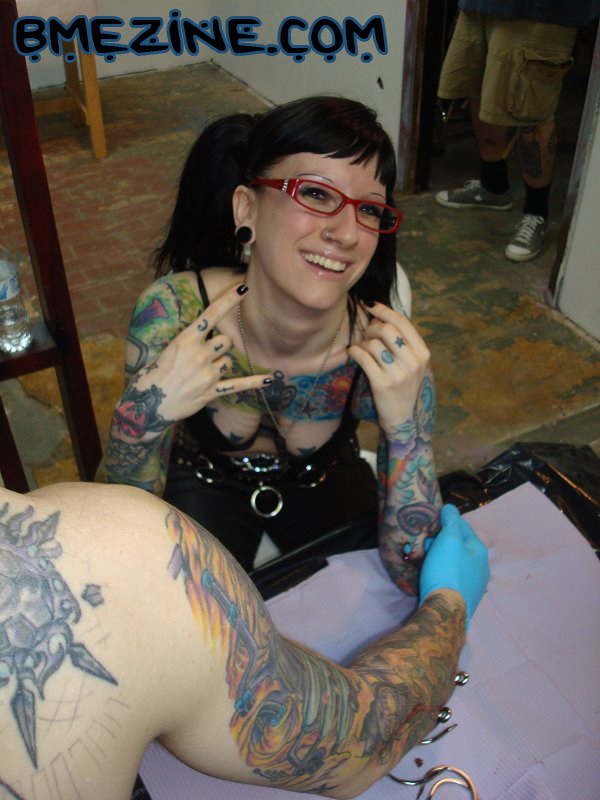 The pics are of me getting a hole in my arm fingered by my boyfriend. This happened after the two of us did a forearm suspension on a spinning beam together. I was prepared for some tearing on my arms with doing this suspension, but we were both somewhat excited when I ended up with a hole in my arm big enough for Biohazard to get a few fingers in. Tearing hooks is of course not usually something to aim for, but in this case the result was sexy! I suppose the slogan for the event was right – ‘Even bad ideas are bigger in Texas’. Haha 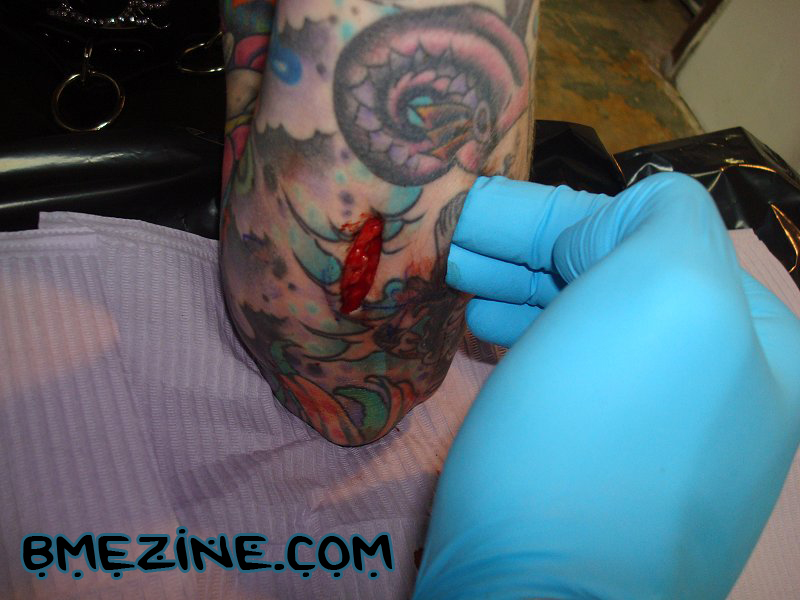