Thanks to Ekaterina Split_mini-LDG for the submission of her with her sweet pussy. No info on any of the mods was included but maybe she’ll let us know more about the (what I assume are custom made) plugs she’s wearing. 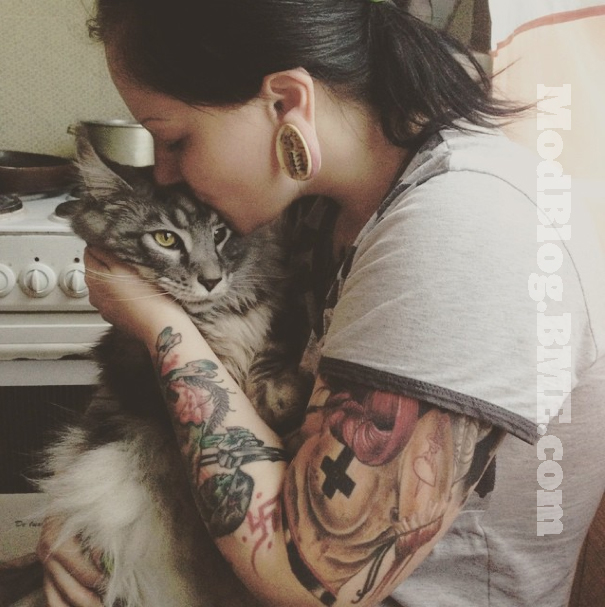 PS I apologize to both her and you, dear reader, for my lack of imagination when it comes to titles.

Thanks to jjable2015 for sending in this photo of her stretched lobes. 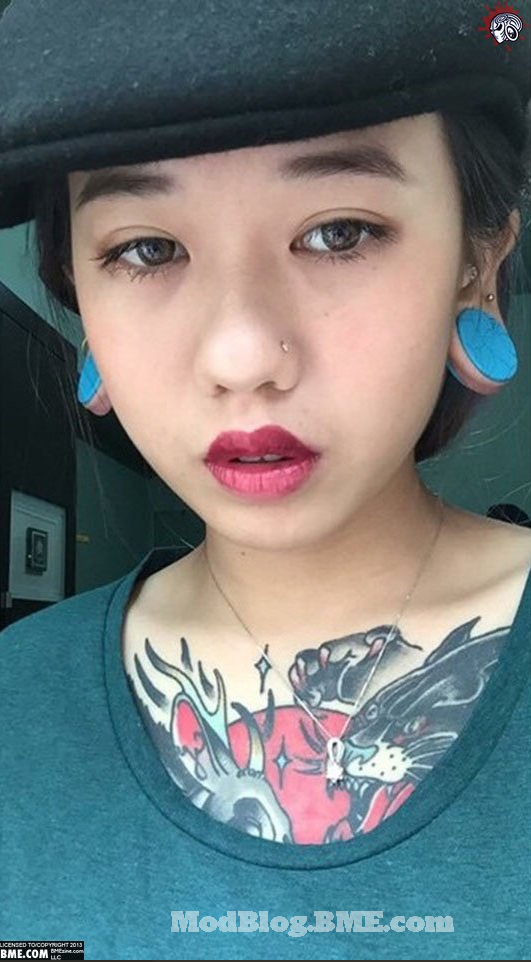 Enjoy your weekend folks.  Sending you off is a submission from LeoDeFeo.  No information was provided about artists but we can just enjoy the view, can’t we? 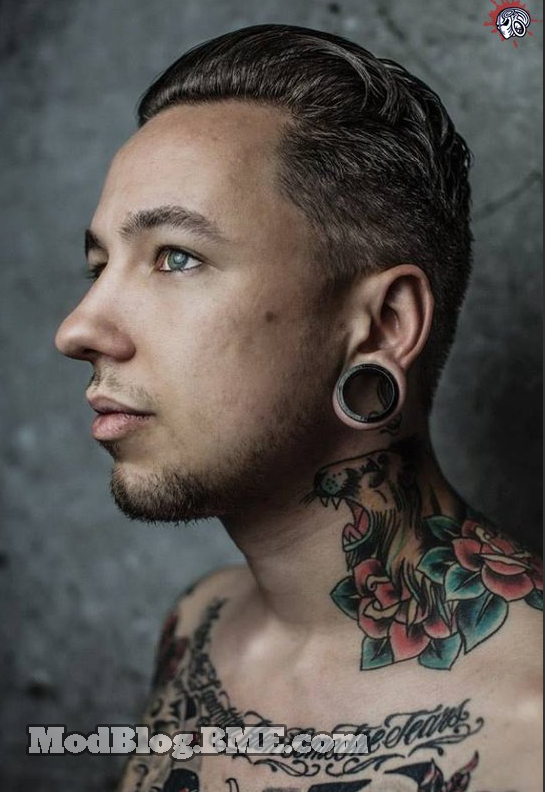 I’m trying something new.  I’m calling it Photo of the Day.  I’m going to pick 1 photo from the BME submissions and highlight it here on ModBlog as the photo of the day.  This is not something I’m going to do every day and how often I do it is really going to depend on the quality of the photos submitted.  Please note that I said quality of the photo.  Think back to the old BME covers, if you’ve been around as long as I have, and you’ll probably get my meaning.  If I post your photo as the photo of the day I will reward you with extra BME access!  You can still submit to BME anonymously.  If you do that and your photo is featured just email me, [email protected], and let me know that was you and I’ll go in and credit your account.  The more information you provide with your submissions the better!   Allons-y!

If you have been on the internet in the past three months odds are you have seen at least one story almost exactly like this photo below. 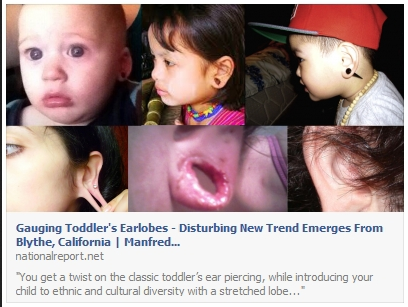 Late author edit: The link and photo above is from a satirical website. This entire post is more about news sources that will grab anything even remotely shocking and run with it. Yes this time it is satire but it doesn’t take much for something to become “Fact” on the internet these days. The following talk about perspective is about us “playing pretend” if this WAS becoming a widespread practice.

Is this potentially shocking (fake or not)? Yes. Is this a new trend? No. One of the biggest annoyances I have about social media and this new wave of “TOP TEN MOST DISTURBING WHATEVER” lists is the fact that the “new trend” tag is used far too frequently. These are a few isolated cases of poorly made choices or completely made up stories being taken out of context for clicks to a website. This is the exact same issue we recently had with the eyelet being worn in a large labret photo. I do realize that body modification is not the only victim of these click hungry times, but it does almost feel like a blow to the gut as the internet is really starting to desensitize folks more than ever. I mean that last statement in a positive light because in my opinion when you get over the initial shock and awe of something you can begin to really understand more about what you’re viewing. ModBlog did exactly that for me a long time ago and will continue to.

Now on to what can we do about this whole thing…Satirical websites will be around forever and have their place, but the spread of bad information is an entirely different monster. We can be the messengers of good information and present ourselves and modifications in a positive light for the world to see. There will always be the hard nosed naysayers out there, but we need them too. I don’t mind if you oppose my train of thought or lifestlye but I mind if you trash it unintelligently. If you believe in this community and are absolutely sick of seeing ridiculous modification related things in your every day news feeds then spread good information. We can’t fault anyone for not being as educated as we are on a topic but we can fault ourselves for not attempting to educate.

I’d also like to throw a completely separate talk about perspective in this post. This is a thinking point that will be possibly controversial but interesting at the least. Taking the photo above for what it is worth, even if it is photoshop /satire what have you… how did it make you feel? The photo below is one of many that a fast internet search yielded. I don’t have the photographer credit but if anyone has it let me know so I can update this post immediately. My point being here that the modification of young children-young adults is deeply ingrained in many cultures. This particular photo was posted as a child of the Mursi tribe however I can’t fully verify that as truth. Either way my point should be made. 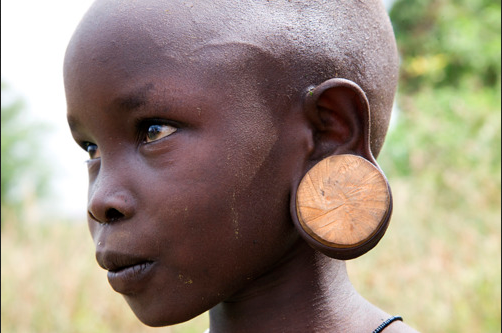 Did you bat an eye at this? What if this photo pulled out to reveal a young African American child in an urban setting who’s parents began stretching their ears while they were an infant? Would that change your opinion on what is acceptable? A quick comparative example is that many parents are vegan, and therefore feel it is right to raise vegan children. I’m not comparing apples to apples here I know but it is just an example of parents passing down values or beliefs.  Many ModBlog followers also subscribe to the modern primitive movement, and may choose to us raise a child according to our own ideals. Would early age modification or “family rites of passage” be considered an abomination or culturally significant?

This is the matter of perspective I’m talking about, where we are very quick to slam one group of people for doing the same things we may admire another group for. Please don’t misinterpret what I’m saying here, my personal opinion is that a non consenting human being should not be modified under any circumstance- cultural tradition permitting or not. All of these things go back to the roots of body modification as a whole and in my opinion a topic that needs to be discussed. Large gauge piercings especially stretched earlobe piercings are becoming more acceptable than ever. Does this fact mean that as a modern society we are starting to pass this new (old) cultural wave on to our children? I would love to hear everybody’s thoughts on this.

Have a safe and happy weekend everyone! Thanks to Arseniy Andersson for the photo. 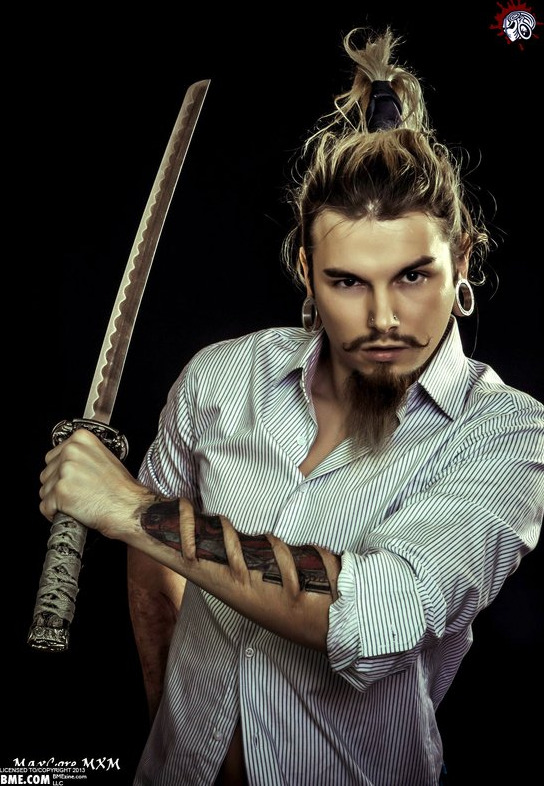 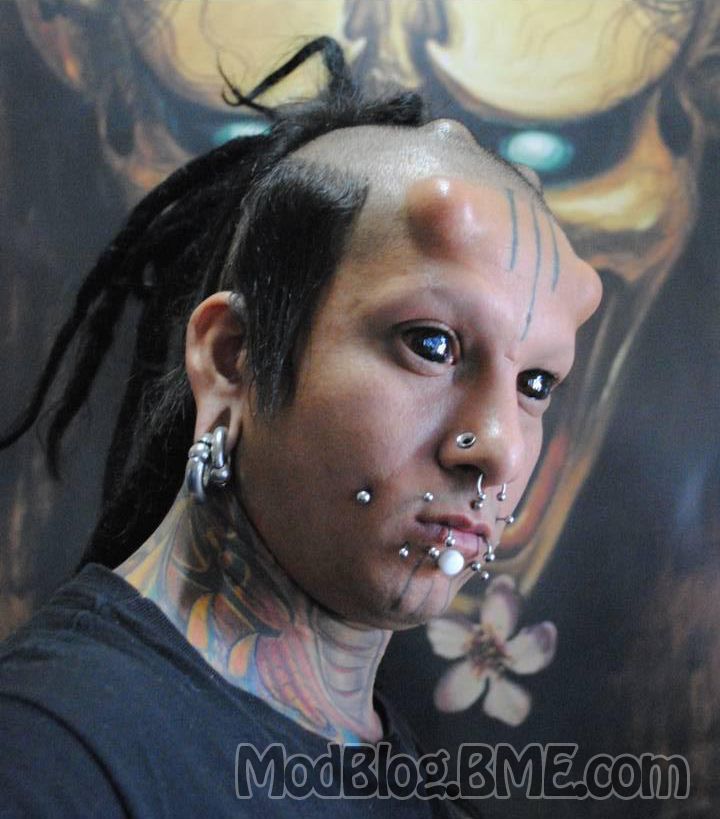 TRIANGUL-R sent in this really cool photo of himself and I just had to share it. 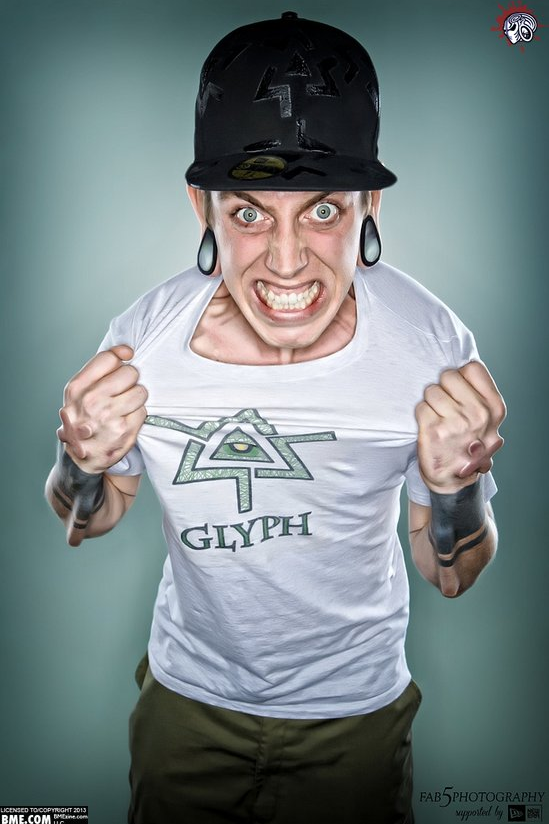 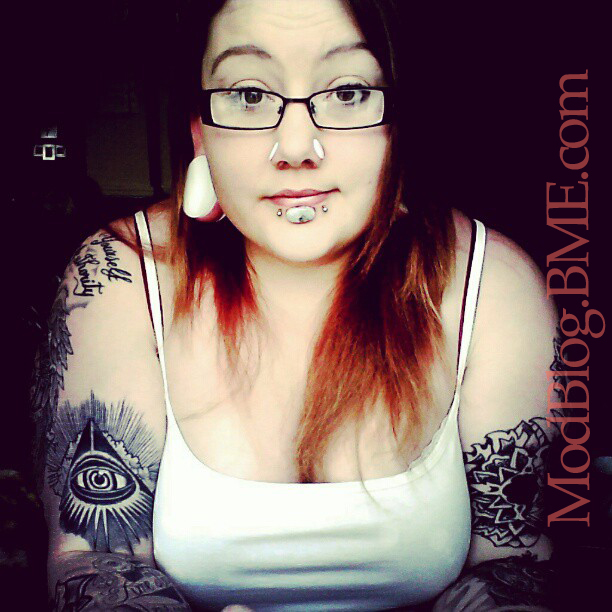 Seems silly pictures is the theme of the day, eh? I think I’m going to print this out and put it on business cards so that if any uninitiates on the street ask me how I got my stretched ears I can whip out the card. And if I ever see anyone actually trying them? I’m going to tickle them and see what part of their body breaks first. 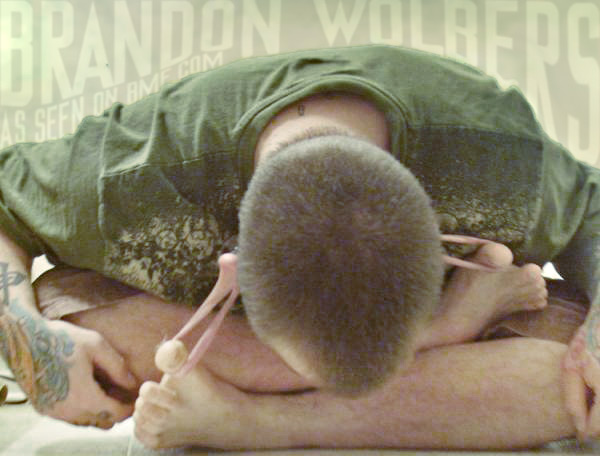 I’ve sort of gotten hooked on reading these old patent records related to body modification, and just came across one that surprised me because of how ahead-of-its-time it was. In early 1875, Albert S. Baker of Somerville, MA filed a patent for what he called an “Imrpovement in Ear-rings” (US Patent #161,853). The patent is for a small gauge flanged tunnel to be worn in the earlobe — he explains,

“It is well known that in the use of ear-rings, as ordinarily constructed, the wires frequently tear out or cut the ear, and when not made of proper materials poison the parts with which they come in contact, thus sometimes causing great injury to the wearer. My invention is designed to obviate these difficulties and objections.”

He goes on to describe the device (which he calls a “spool” at times), which he instructs should be made of high quality gold, thus eliminating materials reactions such as nickel allergies. In addition, because the device is larger gauge than the fine wire that often makes up the hook of an earring, it reduces the chance of the jewelry pulling through. What, you thought Todd Bertrang was the first person to tell the world these things? Still, I was pleasantly surprised to see these concepts tossed around in detail nearly 140 years ago.

Many later jewelry designs also presented similar ideas (his appears to be the first hollow tunnel that was patented), but I will just very briefly mention another one of them, a patent filed in 1976 by Mary C. Ivey of Atlanta, GA (US Patent #4,067,341). Her concept is almost identical, and she explains it very similarly in her application, but adds that her design both allows the secondary jewelry more freedom to move due to the tunnel being larger, and also suggests taking advantage of advances that have been made in materials sciences (specifically plastics) to improve the design. Unfortunately she’s vague on many aspects (as is frustratingly common in patents) and does not however come out and say the actual diameter of the tunnel — as pictured I’m guessing in the realm of 8ga.

As you can see in those illustrations, the visual effect of someone wearing these tunnels — or “pierced earlobe protector” as Ms. Ivey titles it — is very, very close to someone wearing a small gauge tunnel of the sort we see all the time walking out the doors of your friendly neighborhood piercing studio. The one thing that neither Ivey nor Baker mention in their patents how the piercing is to be done, which I’m curious about, especially with Ivey’s, which seems to be getting too big to just shove into your average hole*. The only such insertion-method explanation I stumbled across regarding this style of jewelry was one filed in 1949 by Robert W. Spicher of Havre, MT (US Patent #2,568,207) for a “Surgical Piercing Device”.

The jewelry itself is superficially similar in design and intent to the others in this entry, but it also includes a sharpened taper that can be tightly fitted over the tunnel, either creating the new piercing hole or squeezing into an existing one, and then expanding that hole. The particularly creative part is that he then uses a syringe to blow air into the tunnel to make the taper pop off like a champagne cork — hopefully not shooting like a tiny bullet into the wearer’s neck! — to be replaced with a cap that keeps the tunnel from falling out.