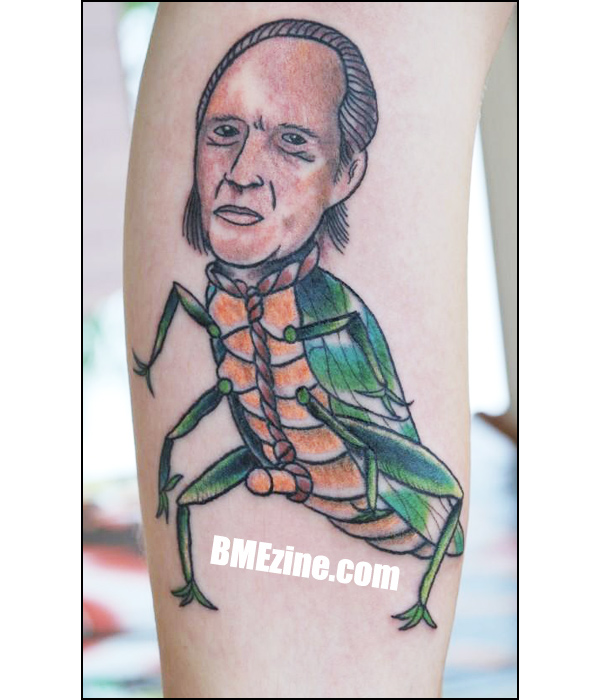 As everybody knows, celebrities have been dying constantly lately, because they are probably under attack or particularly susceptible to some sort of terrible monster flu that we lesser folks are not important enough to be murdered by or something along those lines. BME has been doing its best to keep tabs on these doomed creatures and the grotesque memorial tattoos that follow, but holy smokes did we just hit the mother lode, as Jeremiah at Good Life Tattoos & Piercings in Akron, Ohio, just wrote in to inform us that Brian McFadden, also of Good Life, has just done a series of portraits of our favorite recently deceased famous people, and, sure enough…he has, indeed.

First up is noted auto-erotic asphyxiation-enthusiast David Carradine, seen above as a grasshopper, because, hey, why the hell not, with a conveniently placed rope in case you didn’t get the joke already. 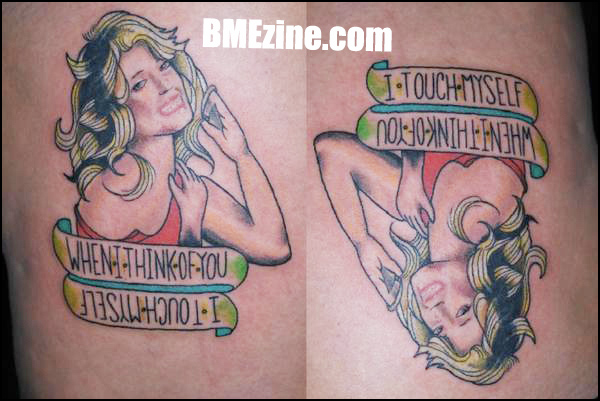 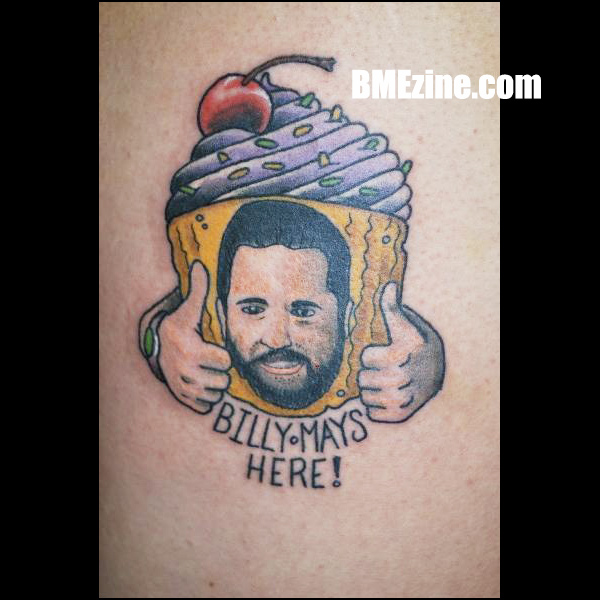 Say hey, Billy Mays! We’re not entirely sure why he’s on a cupcake but at least he isn’t beating off. 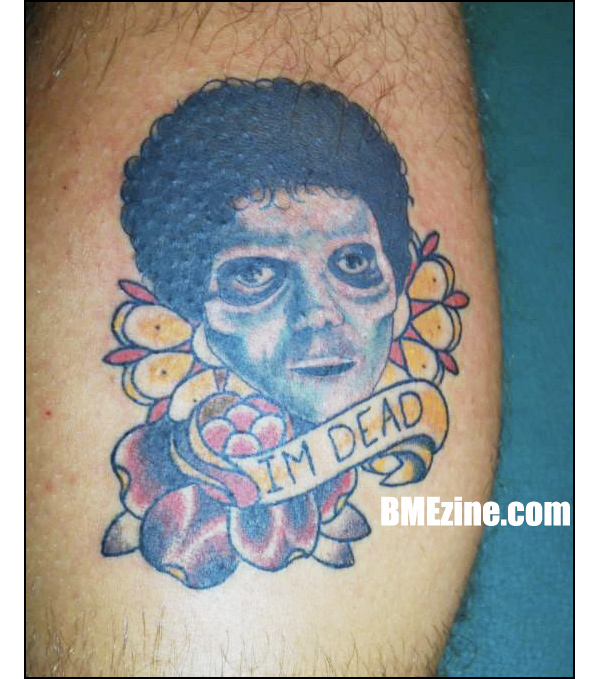 As we discussed previously, we think the jury is still out on the acceptability of pieces of art portraying ol’ MJ as a dead person. This would typically be a pretty cut-and-dry case, but seeing as he shot to international fame largely due to a video in which he played a damn godless zombie, well…you can see our dilemma. Whatever, we’ll allow it. 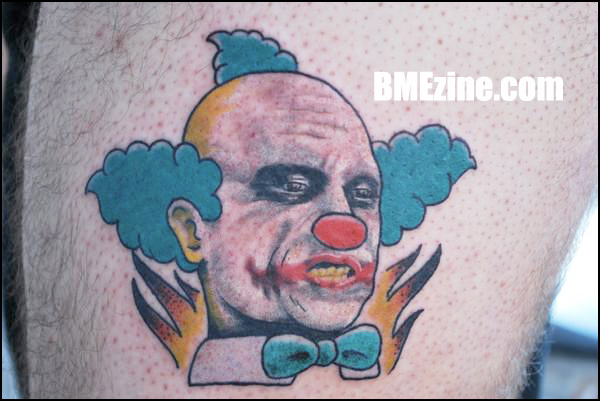 And finally, the dead celebrity who started it all, Academy Award-winner Heath Ledger, seen here as the murderous Joker, albeit crossed, for some reason, with Krusty the Klown, who, as far as we know, is not a murderer (yet?). In conclusion, hopefully this will be the end of the untimely deaths of celebrities, points of light among us to whom we should aspire to be, the end.

BME Shop is holding a 20-percent-off sale on most items this week until midnight on Thursday, July 16! Click here for details.

28 thoughts on “A Children’s Treasury of Dead Celebrity Tattoos”