An Australian native, legendary tattoo artist, author, and owner of world-renowned tattoo shop, The Illustrated Man, Tony Cohen has an incredible collection of stories that are almost as extensive as his portfolio. As a steely-eyed standard of inspiration, Tony’s name is to the tattoo business what Hubert Givenchy is to the fashion industry. Not only is he a hardworking man with more than 30 years of professionalism under his belt, a lover of Harley Davidson motorcycles, and a cowboy action shooter, he is also a man who has seen it all, heard it all, and possibly done even more. He lives every day as a walking timeline, a man who bridges the generational gap between memories of old-school tattooing traditions and modern-day techniques. 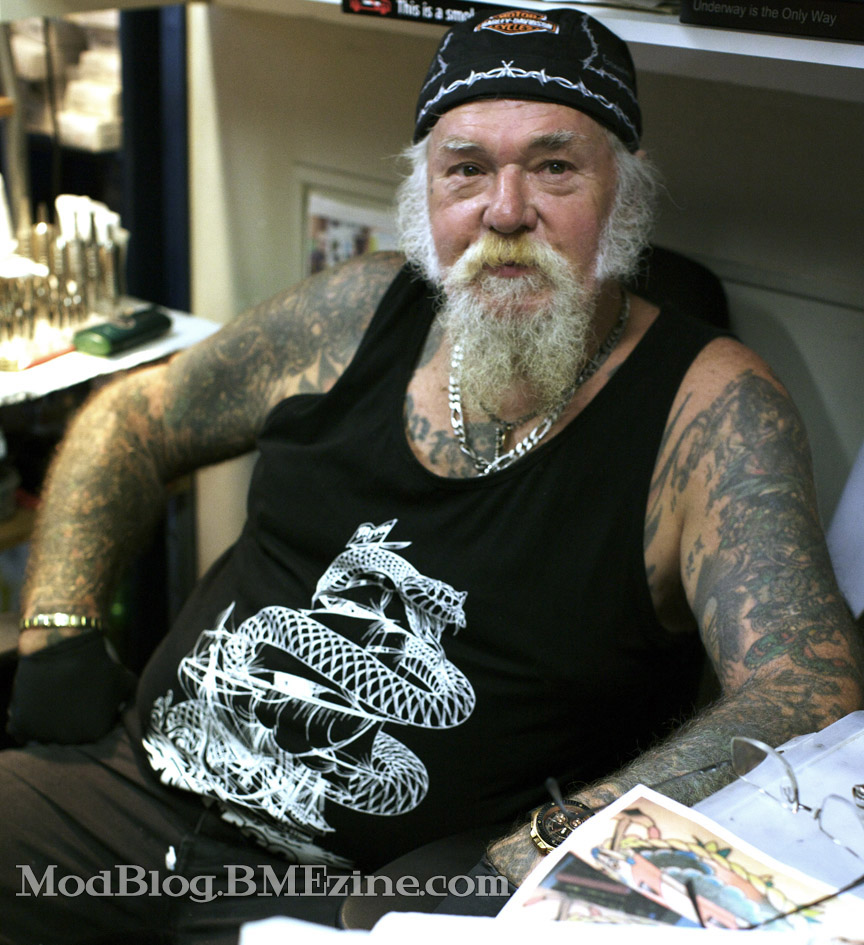 Upon visiting The Illustrated Man for the first time, I learned that Tony works out of a small, second-story room, his own private den of creativity. As alpha artist and leader of the pack, his self-imposed disembodiment from the rest of the staff (which includes his shop manager and daughter, Brooke, as well as tattoo artist and son, Brett), serves as a reminder of his ranking among the rest of the group. Surrounded by books and artifacts that present themselves as silent monuments to his adventures both in and out of the tattoo business, Tony sits comfortably in his chair and, with quiet conviction, explains how tattooing was always something he was programmed to do. 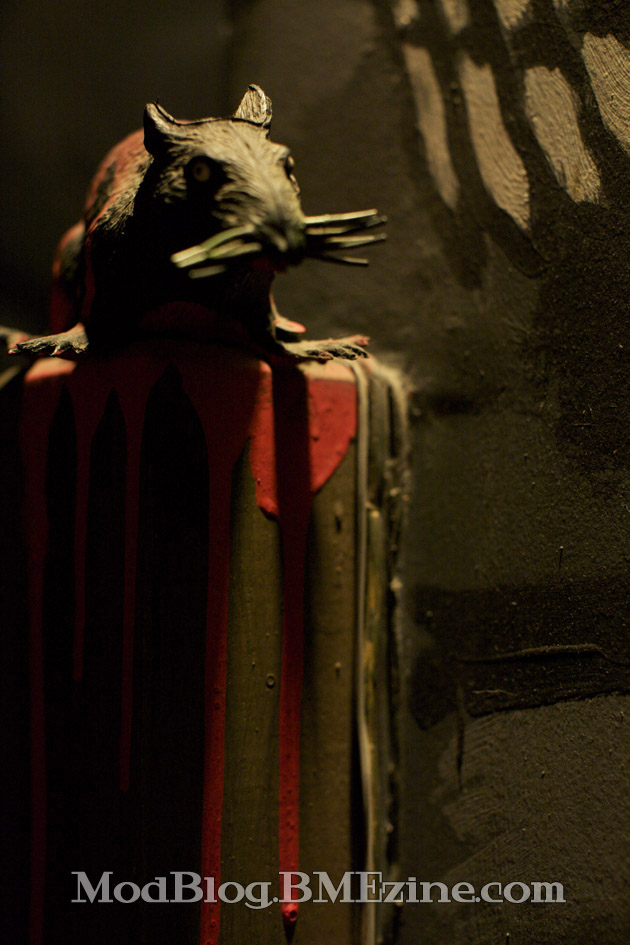 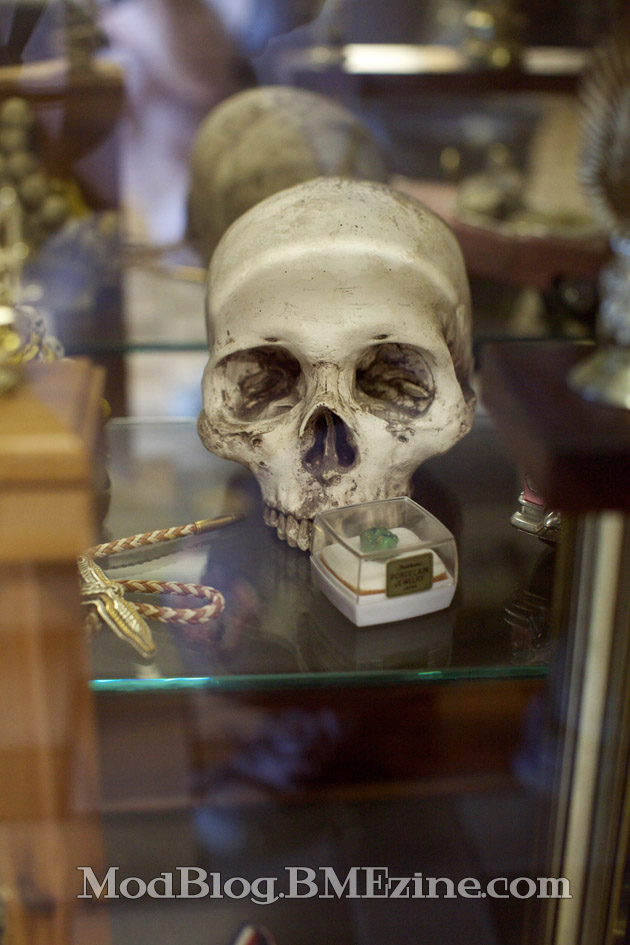 “I was a workaholic for twenty-five years and I’ve been going to tattoo conventions since 1972. Ah, it’s just… I haven’t done anything else, really, since I was about sixteen. Now my daughter’s got an interest in it. We went to the Reno convention about a year ago and had a great time. I got my son into tattooing when he was fifteen. All he basically had to do was teach himself how to draw. Now they’re both here in the studio with me and it’s definitely a thing that going to be passed down. Anyone who wants to work for me has got to have at least ten years’ experience before they want to get a job here. And the first shit tattoo they give, they‘re out. No second chances.” 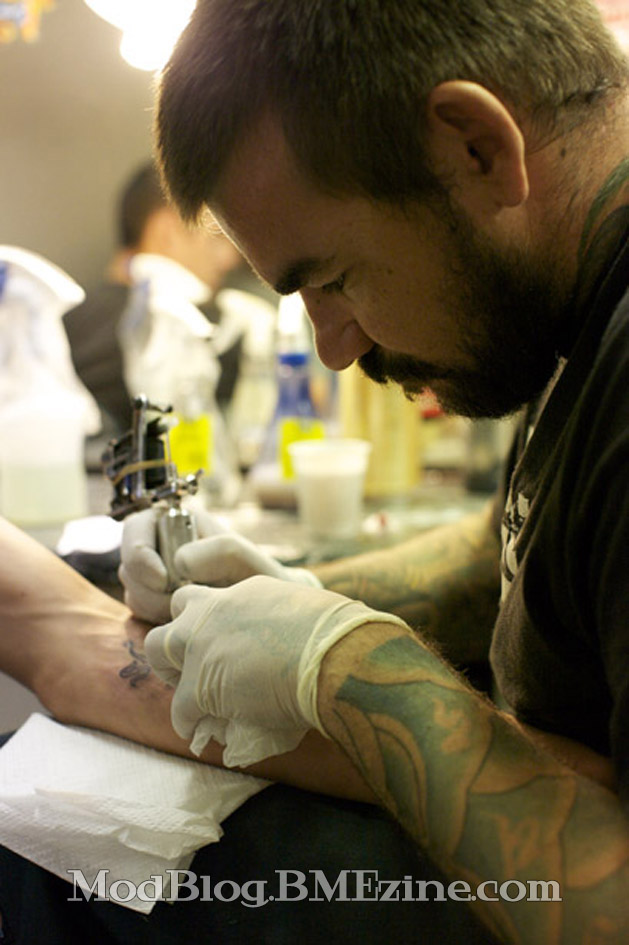 When asked how society has shifted in its views of modified people since the beginning of his career, Tony responded, “Stick your head out the door, anyone who’s breathing has got a tattoo. Y’know, if we didn‘t do it, someone else would. I remember when I was the only shop for three or four miles for twenty years, now there‘s a couple within spitting distance. It doesn’t bother us, this shop doesn’t stop. We‘ve got the reputation, we‘re known everywhere. Since 1970, I‘ve got a virtual photo album from every year that has the work I’ve been doing.” 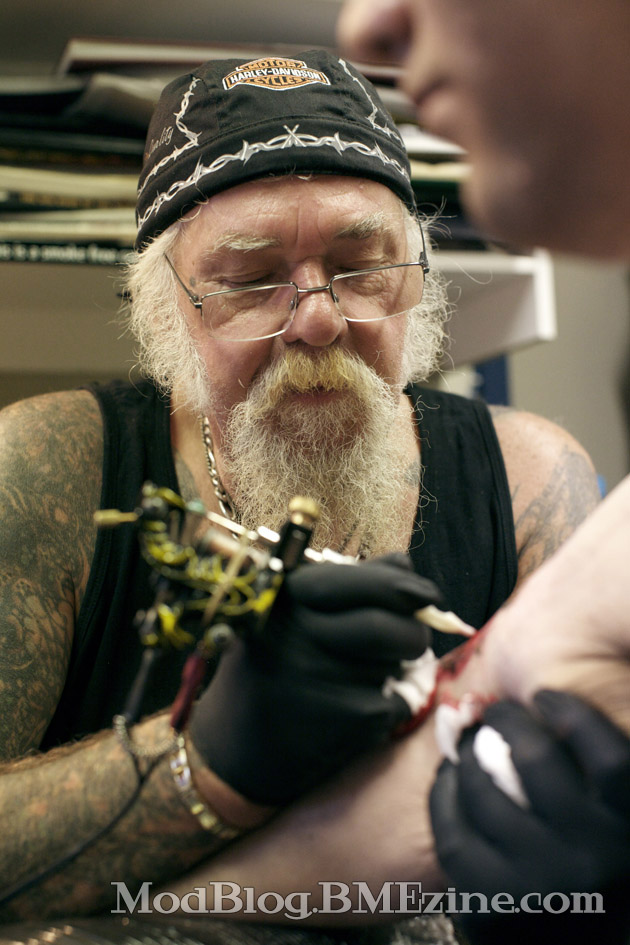 It’s that kind of resolve that keeps Tony’s hands firmly gripped to the machine and his mind unwavering about his standards for the business. Despite the rare status of fame he has achieved in his career, a customer’s happiness is still one of the most rewarding aspects of his job. “That never gets old, seeing people walk out the door with a smile on their face, and at my age, it might be a bit too late to go and do anything else.” This last remark warrants a bemused smile from behind his alabaster beard. “I mean, I’m old enough now, I do what I want. We could spend all day fixing up other people’s tattoos if we like. But if they have a real piece of shit on them and you make it look nice, y’know, spending three or four hours fixing up a piece of crap, then it becomes art. But the people that work here, I very rarely like to see them rework other jobs.”

Being heavily tattooed himself, Tony admits to his own laundry list of alterations, accompanied by a discerning smirk that only someone who has gained wisdom through hard-nosed experience can give. “Wherever I was at the time, I’d get something done. I mean, whenever I started getting tattoos, they were only five shillings. You used to have to get there at 7:00 in the morning to get in line. The first one would be done and then I’d think hell, I’ll get three, four, or five more tattoos. A lot of those ones have been covered up now, thankfully. But yeah, a lot of them are pretty old. I have had a few recent ones, a few on my legs that were done by people I’ve given jobs to. I don’t enjoy getting them as much as I used to. I’d much rather give them to people now.” 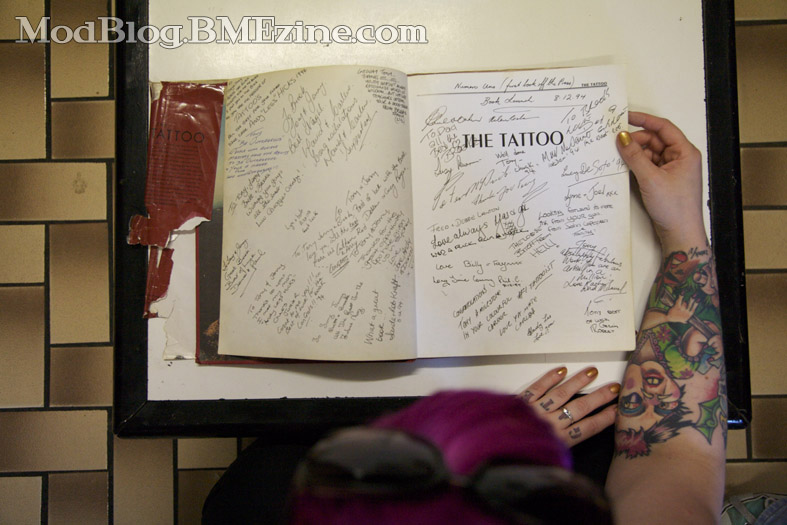 “THE TATTOO” BY TONY COHEN

After the interview, Tony steps outside for his routine smoke break. Cigarette in hand, he stares out at the unfolding metropolis of Sydney from the comfort of his studio sidewalk. As the potent Australian sun shines like a beacon above his braided hair, I can picture Tony riding on his beloved Harley, smooth and silent, across the open roads of nowhere, Australia. He is a man who has gathered several lifetimes of human experience only to gain a courageous badge of self-sufficiency, and somewhere in between, managed to become a walking testament to his own illusory reputation.

16 thoughts on “Tony Cohen: Tattoos, Tradition, and the Human Condition”