This morning’s post comes with heavy news, and I’m in the terrible position of reporting the death of body modification icon Dennis Avner, often better known as Stalking Cat or just Tiger. A US Navy vet more recently working as a programmer and technician, Dennis identified strongly with his feline totem animals and in what he told me was a Huron traditional of actually adopting the physical form of ones totem, he transformed himself not just into a tiger, but a female tiger at that, blurring and exploring the gender line as much as the species line. Much of his work had been done by body modification pioneer Steve Haworth, who rebuilt Dennis’s ears, lip, nose, and face to resemble a tiger, including a multitude of transdermals that held artificial whiskers. In addition to being almost completely covered in tattoos, he’d also sculpted his face and body with extensive silicone work, had custom teeth built to emulate his inner nature, and regularly wore contact lenses and an artificial robotic tail.

Dennis’s boundary-breaking life was never an easy one, and as he was fond of saying, he “found fame, but never fortune”. A wonderful and complex person, he was at times as troubled as he was remarkable, and he recently took his own life at the age of 54 (August 27, 1958 – November 5, 2012). You can download an interview that Dennis and I did for BMEradio about ten years ago at this link: BMEradio/Cat.mp3. The photos below were taken at ModCon III by Philip Barbosa when Cat visited us here in Toronto. In the bottom photo he appears with fellow concept transformation artist, Erik “The Lizardman” Sprague. 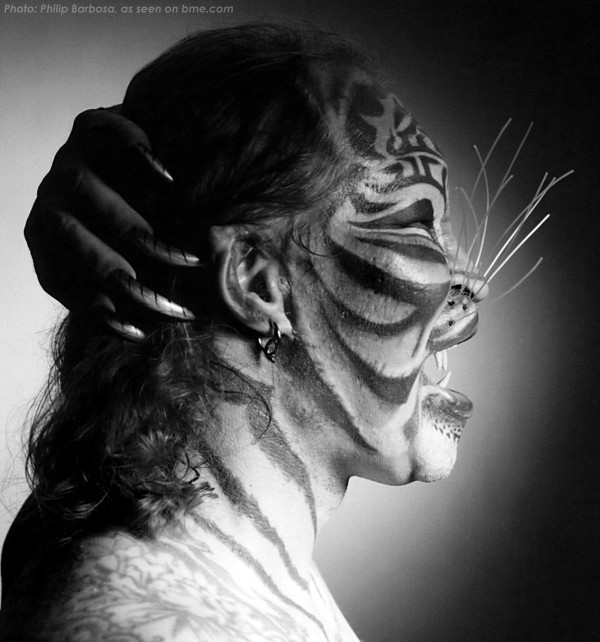 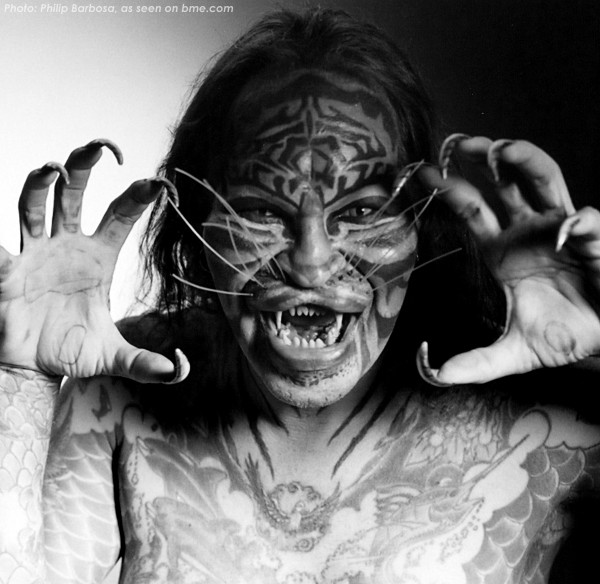 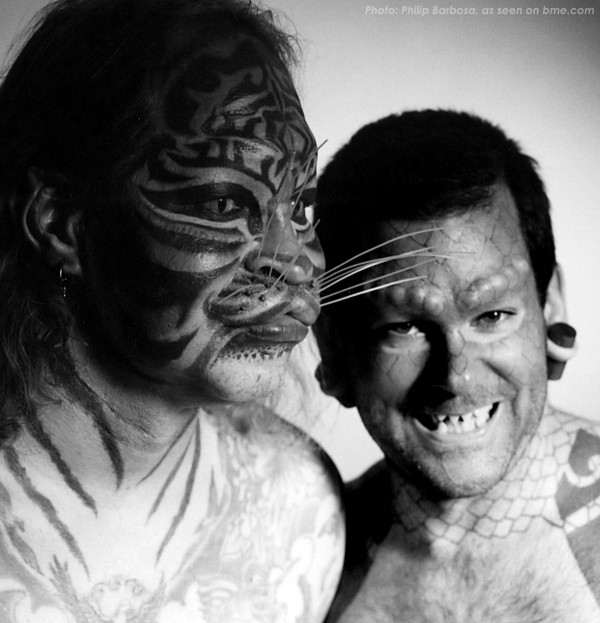