Back in 2008, ModBlog posted pictures of an incredible nostril and septum resculpting with another entry early in the healing and one more four weeks later. I thought it was about time that an update be posted, since Bogotá, Colombia based tattoo artist, piercer, and alternative model Caim Divell (click here for his fan page) is one of the most remarkable looking people in body modification (and BME’s early entries generated one hell of a lot of debate). As you can see he has reduced the size of his horns, which were at one point the largest forehead implants ever installed, but other than that, his look has continued to evolve. There are very few people who have pushed a concept transformation to this degree, and I would argue that living as a demonic embodiment of metal is socially more challenging than being, say, the Lizardman. As I said, there’s more info on Caim’s surgical modifications in the early posts, but I should mention here that they were created by Emilio Gonzalez (mithostattoo.com). 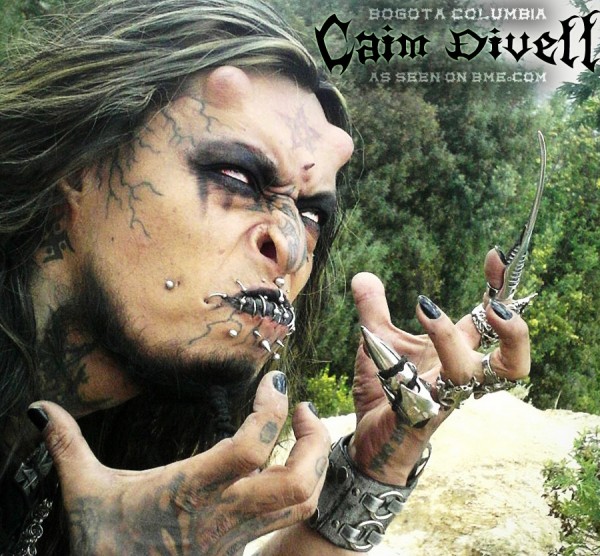 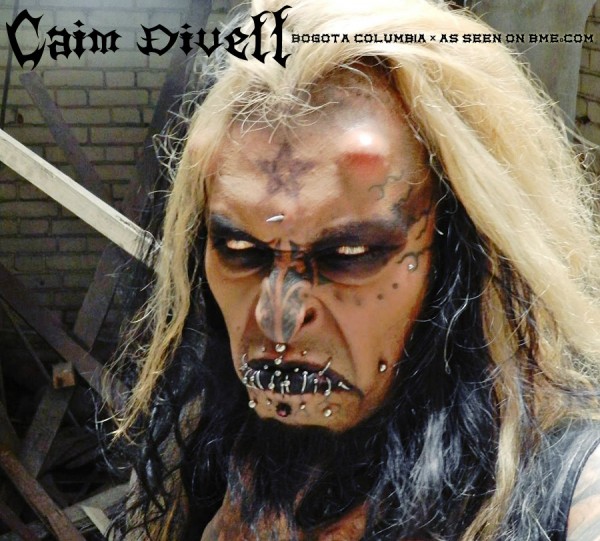 Cain appears to be healing fairly well. We all know what he looked like during the procedure and a couple days out. Emilio sent us some photos which were taken about four weeks later. I suppose it’s obvious but I’ll mention he’s clearly had his forehead implants replaced with a larger generation.

You probably remember this post from a few weeks ago. As promised, Emilio has sent in photos from about 10 days ago. I’m not sure how long after the procedure they’re from but we’ll keep you updated as the photos come in. 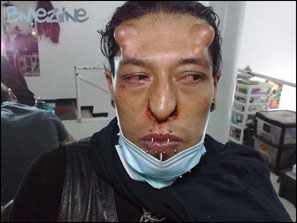 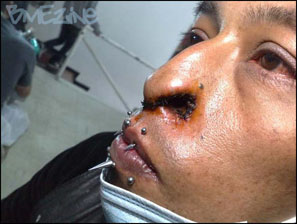 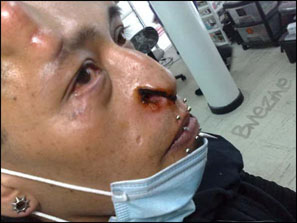 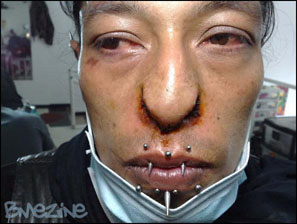 I spoke with Emilio about his most recent facial sculpting endeavor. It’s reminiscent of the work Steve Haworth performed on The Stalking Cat in 2001. While Cat’s procedure was more of a septum relocation/removal, Cain’s procedure includes significant removal of his nostrils and his septum. Look for more photos in the next BME update and hopefully I’ll post some healed photos once they’re submitted.

My friend Cain from Bogota, Colombia, was waiting a long time to modify his physical appearance. So last year, I took a trip to Bogota and saw, when I met Cain, he had a very hard, rough appearance; even with no modifications, he impressed me. He told me he wanted to look more evil, you know, like the devil itself, and to pay tribute to the name Cain.

I started by giving him silicone horns, and had to take a few trips there for make them bigger — our goal is 2-inch horns, and to eventually add another set of 1.5-inch horns, manufactured by Steve Haworth. Cain was really happy with the work I did and wanted to go to the next step: making his nose like the bad guy from Harry Potter and the Order of the Phoenix, Lord Voldemort, but with a very personal touch.

When I came home to Caracas, my big friend Cesar Gonzalez (a plastic surgeon, specialized in nose reconstruction) and I had a very long conversation about Cain’s situation. When I went back to Colombia for a tattoo convention, I did the procedure on him — he was more than pleased, and very soon you will see the result. I want to give thanks to BME, and a special thanks to Lukas Zpira for helping me a long time ago to make my first step into the modification world. 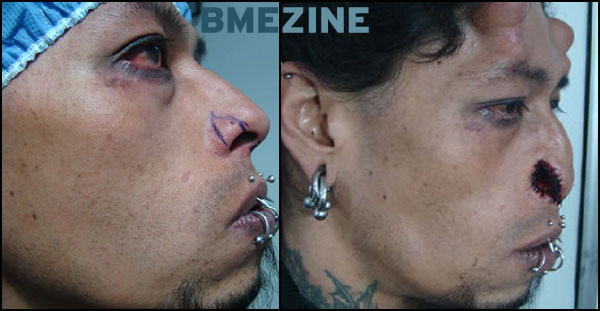 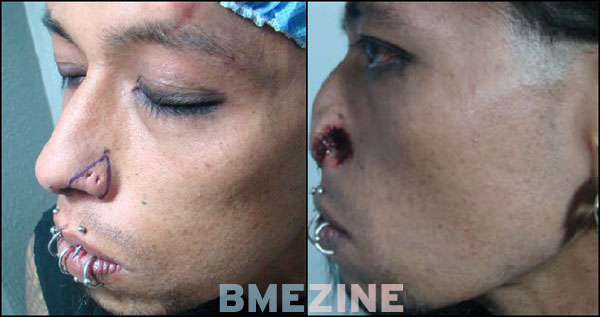 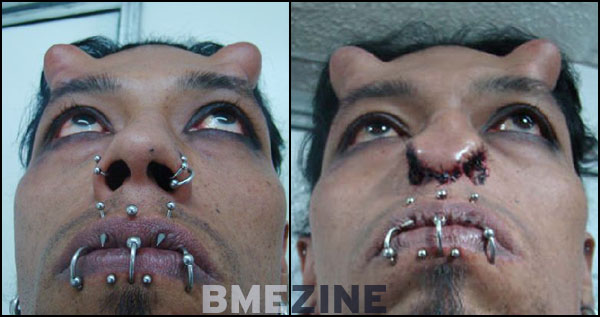 As indicated by Emilio, only a trained professional should attempt this procedure and even then, there are serious risks to consider as it is definitely an advanced body modification! Don’t try this at home!