Grr… I had a whole lot of entries set up to post and then had a couple crashes and lost them. I’ll try and get them up in the morning. Anyway, like I said, this is a quick and dirty post, so let’s start with something dirty by IAM:xDYINGxTOxLIVEx (check his page for more stuff). 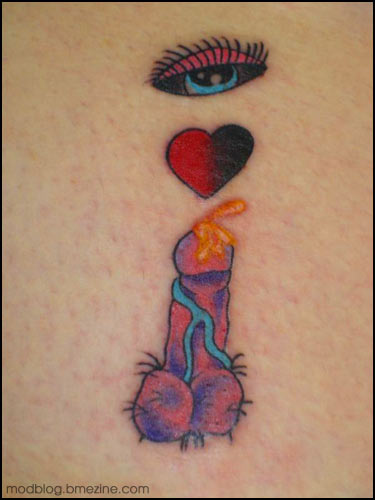 I suspect that this tattoo may hurt the client who got it with the ladies (or the guys). Ah, bugchasers. Maybe I’m missing the point of the tattoo, but all I can see is “I <3 STDs”

I like this response to a back inury… when life gives you lemons, make lemonade, right? I’ll avoid injecting some nasty “when life gives you a gash in the back, make…” echo and let the picture speak for itself. Tattoo by Anna at Anna’s Artat2 in Bunnell, Florida. 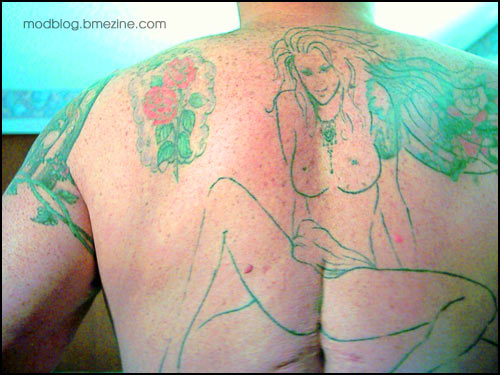 And speaking of pinups, it’s my old friend Masuimi Max, as tattooed by Larry Brogan over at Tattoo City. If memory serves that’s based on a print by Olivia, but my memory does not always serve. 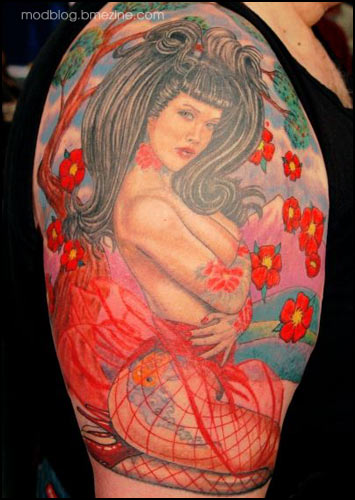 Um. Let’s branch off into offensive territory. I’ve been getting a lot of concerned mail about this photo. I guess it says kill all the white man or something like that. Brujeria fans I suspect? 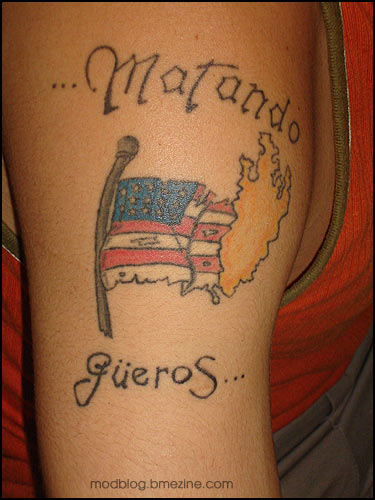 Centuries pass and our race is fucked up
American bastards, they give us dick and…
Forced into poverty,

We are…
Your vengance will be your dark destiny

Machete in hand and hot native blood
Satanic force, looking for vengance
In the north we will take over

But for those of you inspired to come kill whitey, let me remind you that whitey is well armed. I’ll have to do a dedicated entry on it some time, but gun tattoos are very common — many people even get very accurate gun tattoos, including the serial number of their favorite gun. Anyway, this piece is by Hans Martinsson over at Tattoo Martin in Skövde, Sweden. 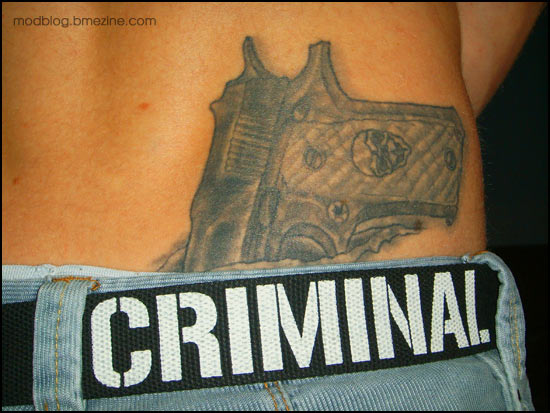 Maybe you like your evil traditional? Here’s an Anton Lavey (Church of Satan founder) portrait by Rizob Pace at Revolution Studios in Omaha, Nebraska. 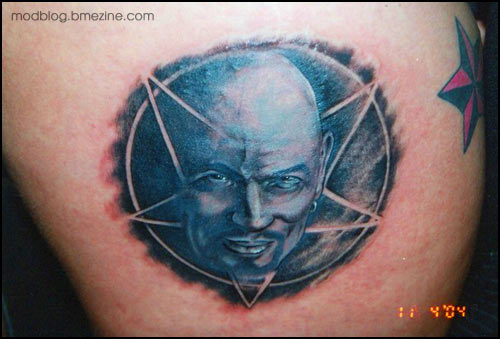 On the slim chance that any staunch Republicans are reading this, I’ll give you your own dose of your own personal Satan, Michael Moore. This is by Cory Ferguson at Enlightened Art in Oakville, Ontario. 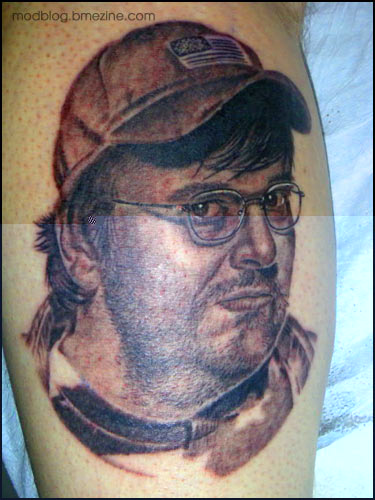 Now someone send me in an Anne Coulter portrait and the trifecta started by the posting of an Ayn Rand tattoo will be completed. Addictive guilty-pleasure site by the way, check it out…