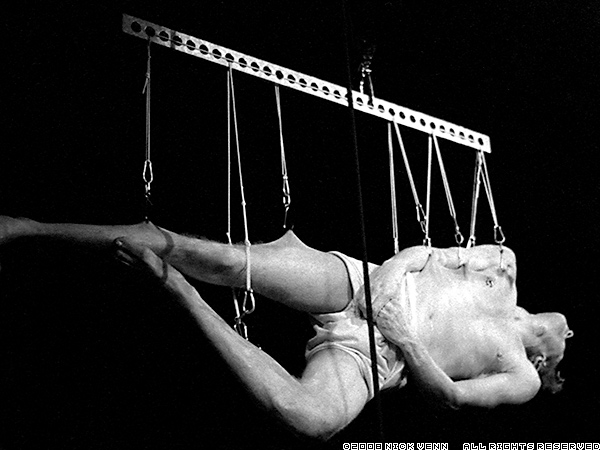 Six weeks ago, the home/office of Matt Brawley, a member of suspension performance crew CoRE was devastated by a massive fire, causing thousands of dollars worth of damage both to Matt’s belongings as well as CoRE’s supplies. Steve Joyner and Patricia Cram have written the following piece detailing what happened and how you can help.

When Matt Brawley got the call from his landlord that told him his living/work space in downtown Los Angeles was on fire, he assumed, as many of us would, that the call was a joke. But his landlord abruptly hung up the phone and didn’t answer when Matt tried to call him back. Questions hammered at his head as he rushed out of the nightclub and raced home. What met his eyes, just after 3 a.m. on Saturday, May 16, eliminated all hope of it being a prank. The building in which he lived was, indeed, on fire.

The moments that followed were riddled with chaos as well as that silent reverence that comes from watching things burn and being helpless in the face of it all. He learned that the fire had started in his space, and that firefighters were working to contain it before it ravaged the homes of his neighbors (one of whom was a sound artist with a full recording studio, even). All production schedules and ideas for breakfast and plans for photo shoots and longing for sleep came to a screeching halt for Matt, the Director of the Los Angeles chapter of our performance art troupe, CoRE. 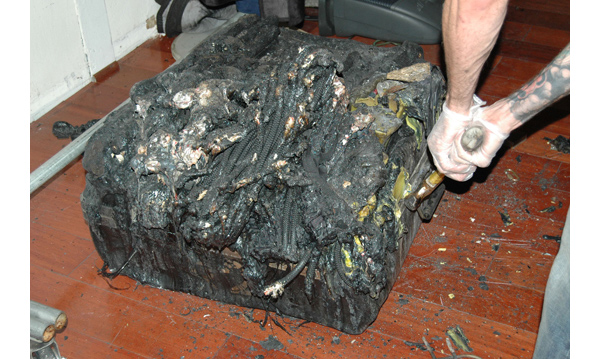 The fire spread quickly through the 2,000 square foot loft as firefighters cut a hole in the roof and worked to douse the flames. Unfortunately, the damage had already been done to Matt’s personal space, his business, and to CoRE, as all of our gear for the L.A. chapter was housed in his loft. Later, fire investigators determined that the fire was started by one of the surge protectors that ran some of the equipment for Matt’s personal computer business. (And we learned that surge protectors are not made to outlast a life of five years.)

In this inferno, Matt lost everything but some dishes and family photos. Fierce were those gods of fire who took the computing equipment that has been his work for many years, all of his clothing, his furniture, his paperwork, his books, his movies…. Though his business and sustenance were lost alongside the memories collected throughout a life, we have all been grateful that the devastation did not take any lives, or make ruins of any of his neighbors’ homes.

We placed hope in the thought that Matt’s wise investment in renters insurance would help recoup his, and our, losses. But we discovered that the policy covered Matt’s computer business only. Our Los Angeles chapter has been reduced to ashes. CoRE lost approximately $11,000 worth of equipment in this fire: 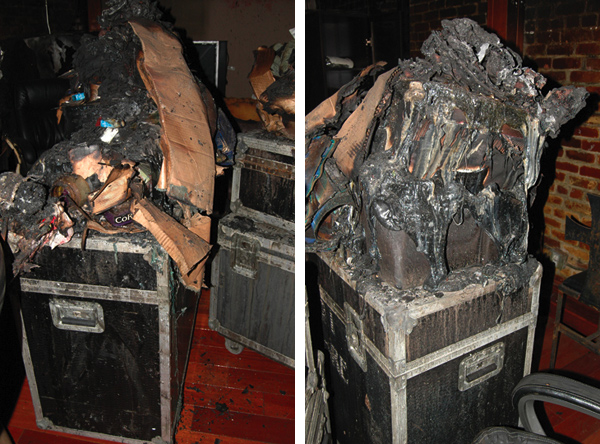 Immediately after word of the fire reached us, we sent a letter to the suspension community in the hopes of raising funds, and have since been able to also host two benefit parties in Los Angeles. Donations have reached $1,700 for Matt and CoRE. Our emotions run deep with gratitude as we turn to you, our larger community and the industries therein, to ask for your help in rebuilding our L.A. chapter and to help get Matt back on his feet. He has endured a great loss, and it is because of the support of others that he has been able to move forward with as much staunch determination as he has. And it’s been a time of great mourning for more than just objects – we are having to start over now and work to cull the phoenix from the ashes of all the blood, sweat, and tears that our family in L.A. put into CoRE and the walls that held it. Thank you to all who have supported us in word and deed.

We have set up a Paypal account for donations HERE, and are enduringly grateful for any assistance you can spare in these skin-and-bones times.

For those who want to see some other media on the fire, there’s this report from an L.A. County news source.