The patent offices are overflowing with silly, ill-conceived inventions on all subjects, and the world of body piercing is no exception. It seems like there is a long list of people who are not experienced with piercing personally, but have seen it and decided their great intellect can contribute various creations that would improve the life of a pierced person. Unfortunately, these ideas are the sort of ideas that make sense to the outsider, but are complete nonsense to those who actually know something about piercing firsthand. Below are ten of the more ridiculous piercing patents I’ve come across in my research.

The idea behind this invention is an earring where the end is hollow and full of a cleaning solution, with the rod designed to “provide a constant supply of cleaning solution to the earlobe to prevent infection of the ear hole.” As piercers know, one of the most common reasons for complications in healing is overcleaning — can you imagine what would happen to a piercing that was being cleaned non-stop? Best case this patent would keep a piercing in a perpetually unhealed state… worst case is far less pleasant.

Many of the patents are obsessed with overcleaning. This one unfortunately I can see easily making its way into stores. It’s basically a tool for injecting cleaning solution into a piercing via either a dull syringe or a ring with holes around its circumference. At first glance this might seem like a good idea, but the problem is that not only does it encourage over-attention to cleaning, but it requires the the person fully remove the healing piercing to clean it. This constant removal, agressive cleaning, and replacement cycle would actually result in slowing down healing far more than speeding it up. The only case in which I can imagine this having any value is in cleaning a severely infected piercing that has been permanently removed.

Another silly cleaning concept that makes the same mistake as the previous one — requiring the jewelry be removed over and over — this one is actually a patent for a portable kit comprised of the container, the solution, and what is best described as “piercing floss”. It’s literally a dull sewing needle and some thread. 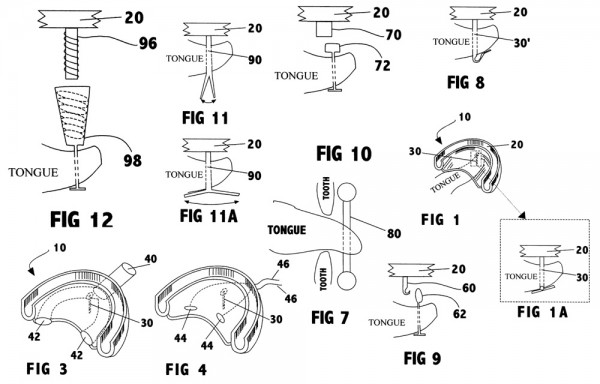 This one gives me nightmares! It’s a device “for pulling a tongue forward thereby preventing obstruction to the flow of air during sleep or an emergency.” That is, it’s a retainer or mouthguard-type device that hooks onto the teeth, and a variety of attachment designs that let you hook the tongue piercing to it. During sleep, this would be extremely unpleasant and almost certainly damage the piercing. During an emergency, there are better and certainly less complex methods to accomplish the same goal — especially considering that this aparatus blocks the mouth quite effectively in and of itself, potentially complicating the emergency.

This ridiculous piece of jewelry exists in two forms — pierced or non pierced. The non-pierced version is held in place by pressure, which would be incredibly uncomfortable, and both versions would unpleasant even without that pressure. The design completely immobilizes the front half of the tonge, making legible speech virtually impossible. Clearly this is yet another patent submitted by a person who has never tried their own invention. 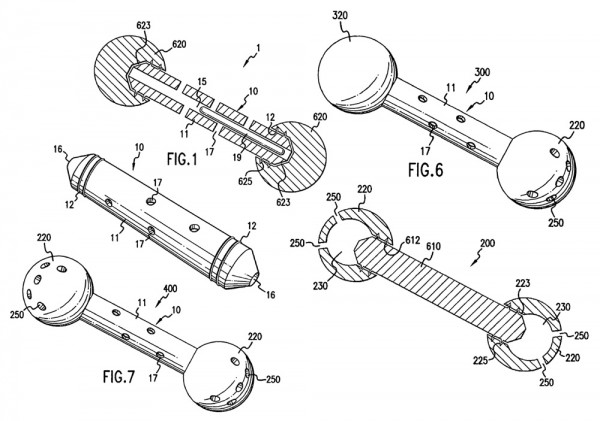 This is a design for a tongue barbell that’s filled with “a substance such as a chemical, breath freshener, pleasant flavor, or medication”, which it then releases either into the mouth, or into the tongue itself, via holes in the bar and/or bead. Another idea that seems clever at first glance, but that anyone with experience can tell you isn’t going to work. In addition to almost certainly irritating the tongue, the holes would be almost instantly plugged up with plague (and perhaps bacteria) and become quite disgusting. Just have a mint instead. 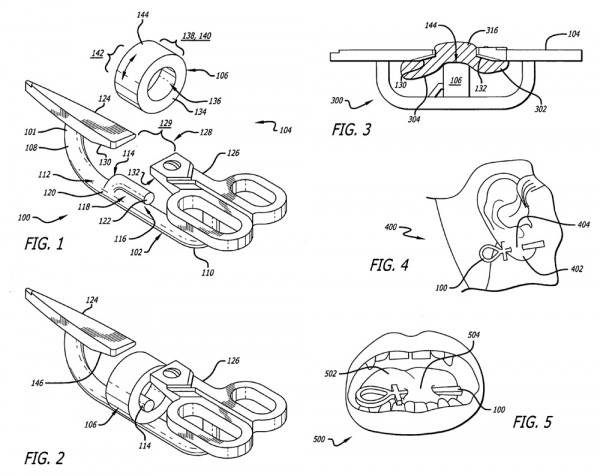 Yeah, because that’s what piercings look like. Can you imagine how foolish a person would look with this pretend piercing? And more importantly, can you imagine how unpleasant it would be to wear this in your mouth? It’s nuts. 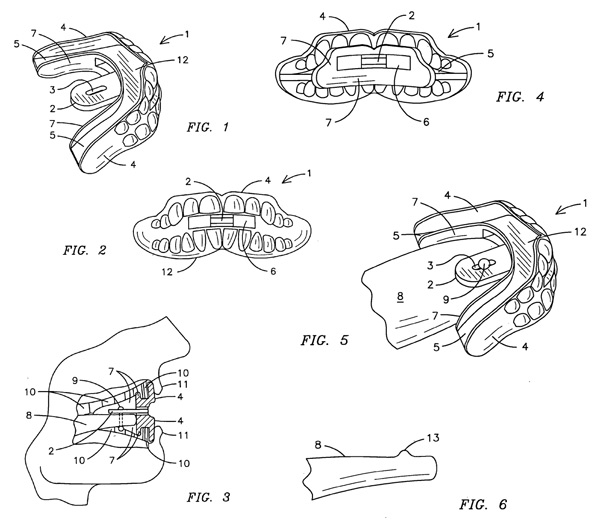 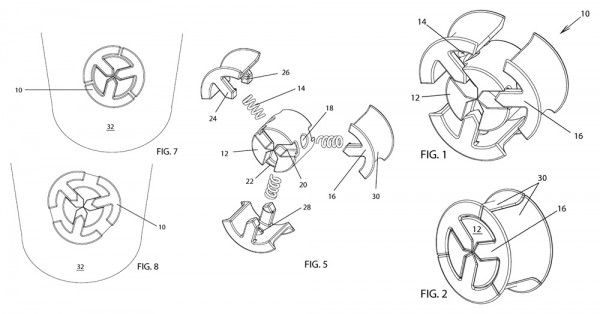 I was split on including this because it’s the sort of thing that looks like a great idea at first glance (and was actually invented by a Colorado tattooist). However, as we learned when people started trying “constant pressure” stretching using silicone jewelry, the body does not respond well to constant pressure. It routinely results in horrific tears in the ear. In addition, the ear when stretching is extremely sensitive to uneven pressure. This design is super-cool on so many levels and many of us with stretched ears have tossed around similar concepts, but in the real world, this concept has proved itself to be a terrible idea. 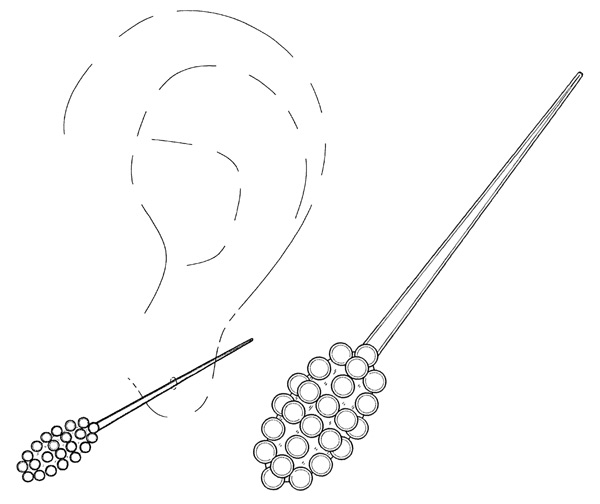 It’s a stick — the bundle of grapes is the handle, and you’re supposed to stick the rod into a piercing hole to clean it. You can really patent something like this?