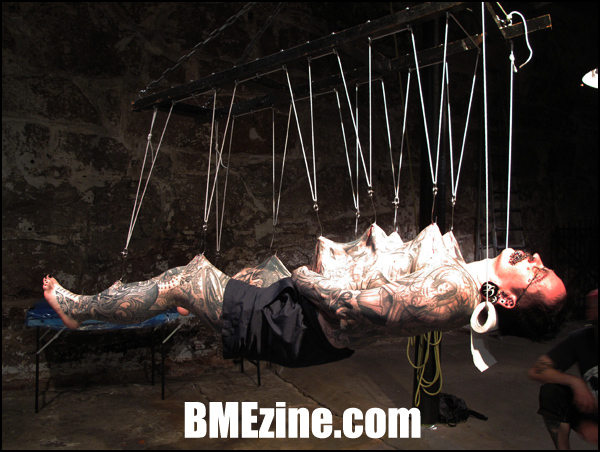 Alexander Trowell is a body piercer and student nurse from Southport, U.K. He’ll be filing reports all weekend from the Oslo SusCon. Keep checking ModBlog for updates!

14:20
It’s a slightly wet Saturday. There’s a bit of Norwegian press here currently covering Ben and Ronnie who have just gone up on a spinning beam, and are pushing it harder than dead or alive. Meanwhile, Ron Garza is doing another seminar in the chill-out area, passing around a huge-ass skewer he brought.

I thought I’d include a list of suspensions today, so as not to exclude anyone, and here it is, in typical Microsoft suspension template style, i.e. name, type of suspension and nationality. My biggest apologies if I miss anyone out – feel free to teabag me later as punishment. (I can tell you that teabagging is one of those dark secret rites that always seem to take place once the Jager and various other liquids have been broken into at the after-party, which itself seems to have gotten the nickname “The Gangbang” (for reasons I would be neutered and lobotomized for exposing). Come to Oslo SusCon—it’s a scene, man!) 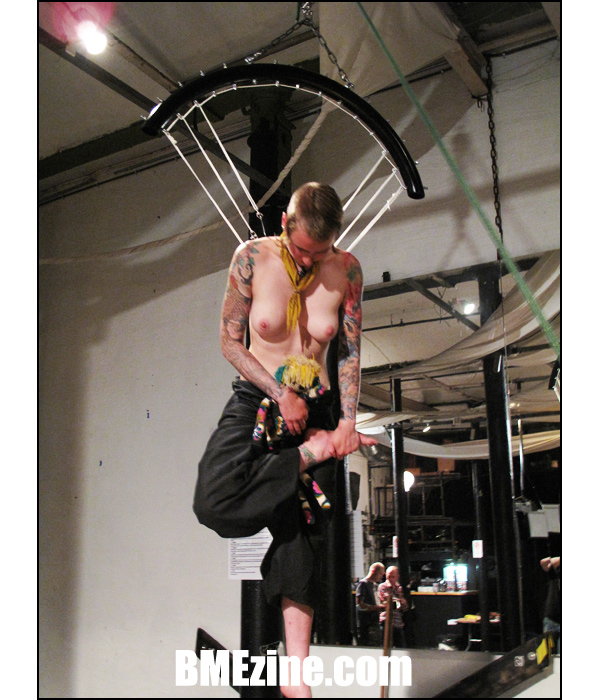 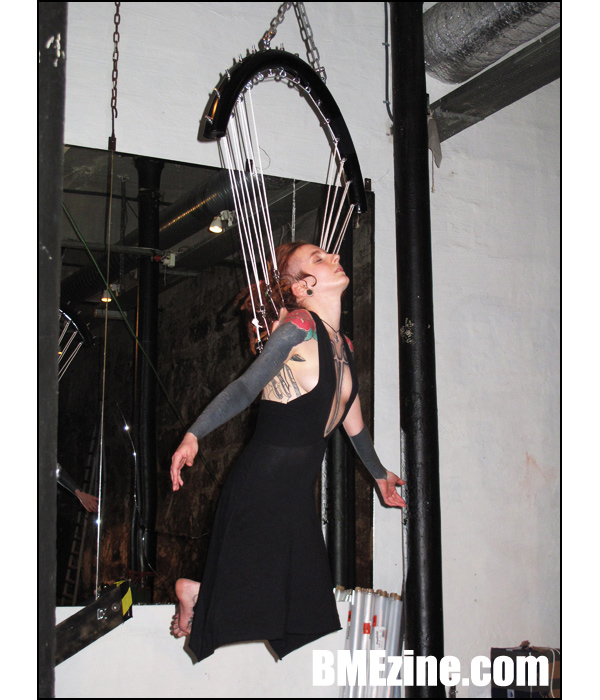 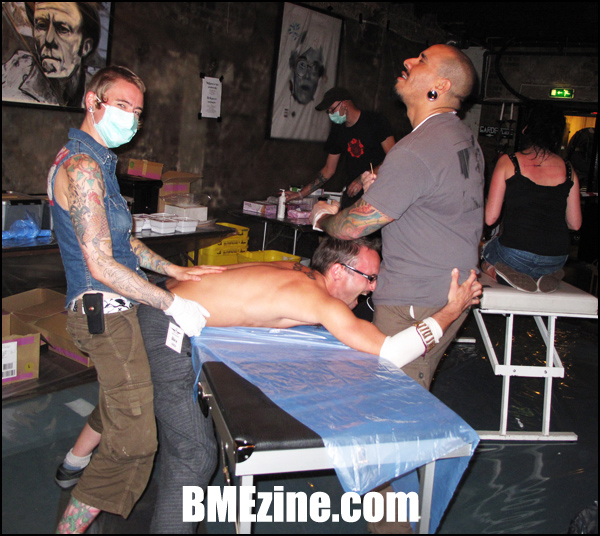 Yours truly taking it from Ellen and Cere. Gotta do what you gotta do, right? 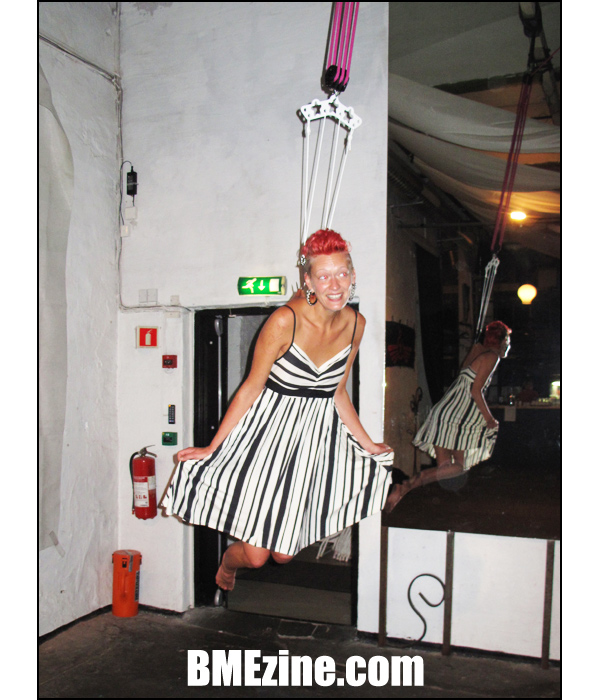 As you can tell, there is a lot going on here. According to Christiane, there are going to be around 70 suspensions this year, give or take a few. It does seem that crew meetings are more frequent and better organized this year, this being reflected in the convention running smoother than James Bond on Xanax. [Ed. note: Or should that be Ex-Lax?] A few new beautiful rigs have been brought in, and Industrial Strength‘s Jonathan has sponsored again this year, bringing some super-sharp needles to make the prep work that much less traumatic. Since I’m being a big fat name-dropper, I’ll mention that Pinpoint Piercing, The Manefisken Venue, Pain Solution and, of course, BME are all proud to sponsor the convention. Well, it’s time for me to dig into some of the vegetarian cuisine and recharge my batteries—more writing to come. 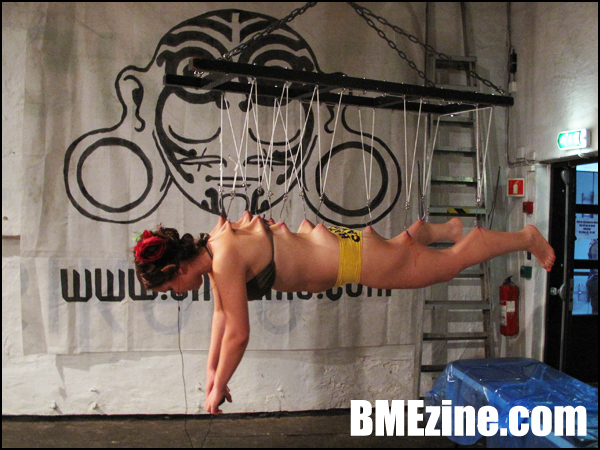 17:56
Just wrapped up a 2 point suicide myself, so I am feeling somewhat hormonal and unable to write anything that’ll be even remotely worth posting. It’s open to the public here at the moment, so I’m going to go mingle with some outsiders and have a coke I guess. More blogging tomorrow, or tonight if I feel ambitious! 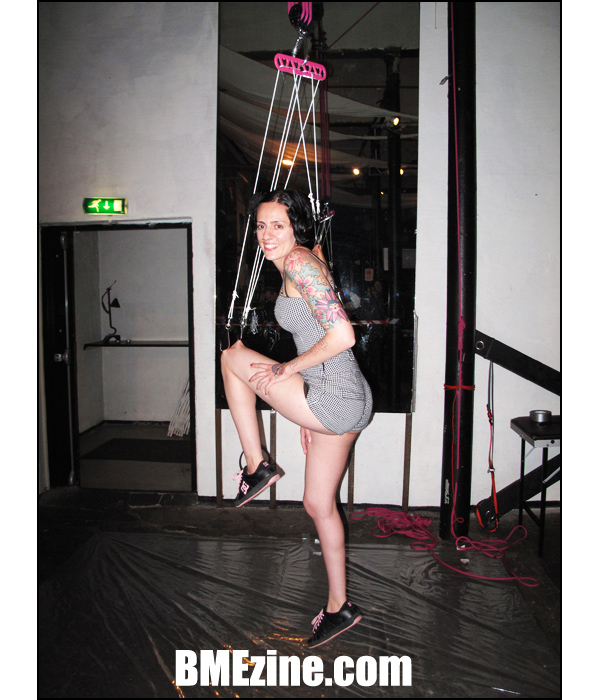