There are very few people that can successfully pull of a pencil ‘stache without attracting the attention of Chris Hanson.  Salvador Dali did it, Raoul Julia was able to do it occasionally, Prince became a sex symbol with his, and of course John Waters has been rocking his for decades.  Now when many of us were kids, especially those of us with dads who had a mustache, a pencil could easily transform into a mustache.  Just stick it under your nose and curl your top lip.  It was the memory of doing that as a kid that led IAM: Ominous Angus to get this finger tattoo.  To him it’s a reminder to never grow too old. 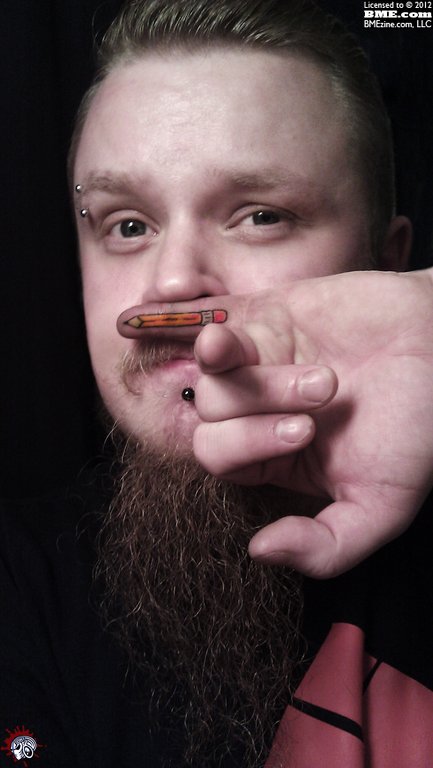 3 thoughts on “John Waters, Eat Your Heart Out”