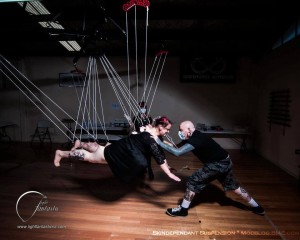 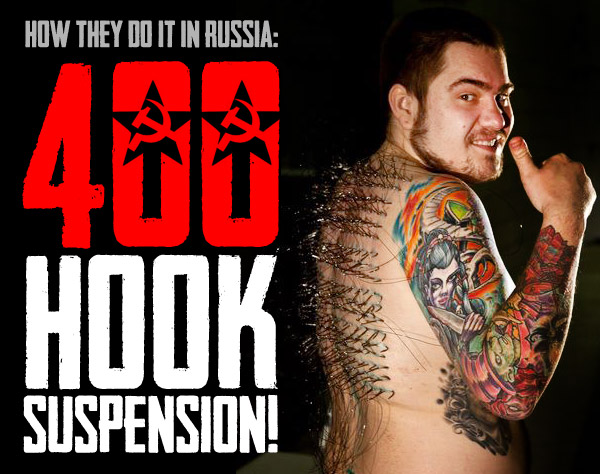 END_OF_DOCUMENT_TOKEN_TO_BE_REPLACED

Third Eye Perception Suspension (ThirdEyePerception.com) just hosted a touching tandem suspension for their good friend Joey, who has been with the team since their “very rocky start”, and who recently become father to a bouncing baby boy… “Bouncing”, literally, loving bobbing up and down in his jumper, so they wanted to set up a suspension for Joey and his son, combining their overlapping loves of suspension. Third Eye tells me,

“We rigged Joey into a modified face down suspension so that he could see his child and hold him while suspending, and everything went as amazing as could be. It was very emotional, and we all enjoyed seeing Joey lecture his little toddler as to not rushing into getting any tattoos or piercings until he was good and ready. Little Ward smiled the entire time and seemed to thoroughly enjoy himself, as you can see from the other photos, he was smiling the entire time and seemed to really enjoy getting some air while attached to his father.”

“The adorable climax was when after detaching Ward from Joey, he fell right asleep with the most adorable smile on his face.”

Joey (and Ward’s mother as well) both have “straight-world jobs” and are completely dedicated parents who “have given the entirety of themselves into making sure Ward is loved and cared for from the moment he wakes up”, but unsurprisingly they still got feedback on this suspension telling them that it was “child abuse” (among other criticisms). The unfortunate reality is that there have been multiple cases where suspension and body modification interests have played a role in causing people to lose their children, usually in the case of things like this being used as ammunition in bitter divorces by one parent against another. It’s sad for there to be any criticism of something like this suspension, beautiful from the conception, to the realization, to the epilogue.

There are more pictures after the break (and I should add that Joey’s scars on his shoulder blades were done by Pineapple of Shaman Modifications in Austin, Texas). If you have the bandwidth, enjoy the video in fullscreen, as it’s been posted at HD quality. 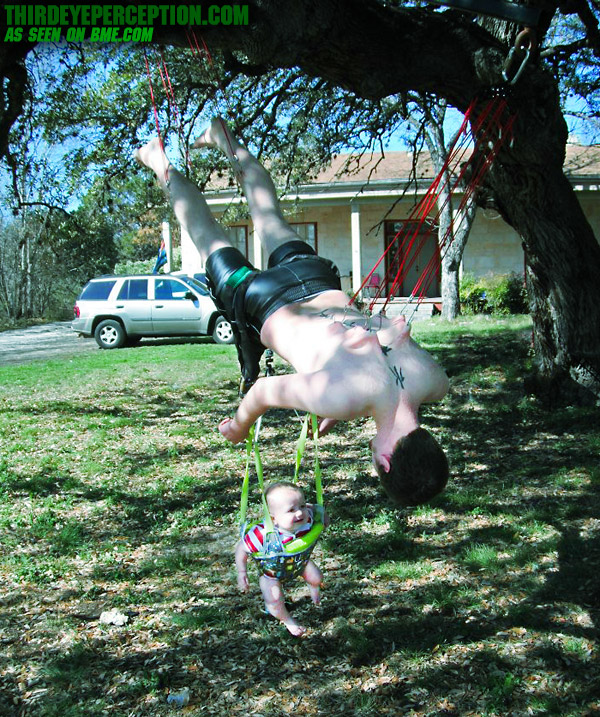 END_OF_DOCUMENT_TOKEN_TO_BE_REPLACED

Christiane and Havve (Wings of Desire/Pain Solution) are in Japan giving workshops and helping spread their expertise as always, and Christiane posted this amazing photo from a suspension demonstration at Vanilla Gallery in Tokyo last night. A beautiful and technically advanced example of the cutting edge rigging they’re known for — I really feel like this captures some space station art moment that should only be possible in the absence of the Earth’s damning gravity.